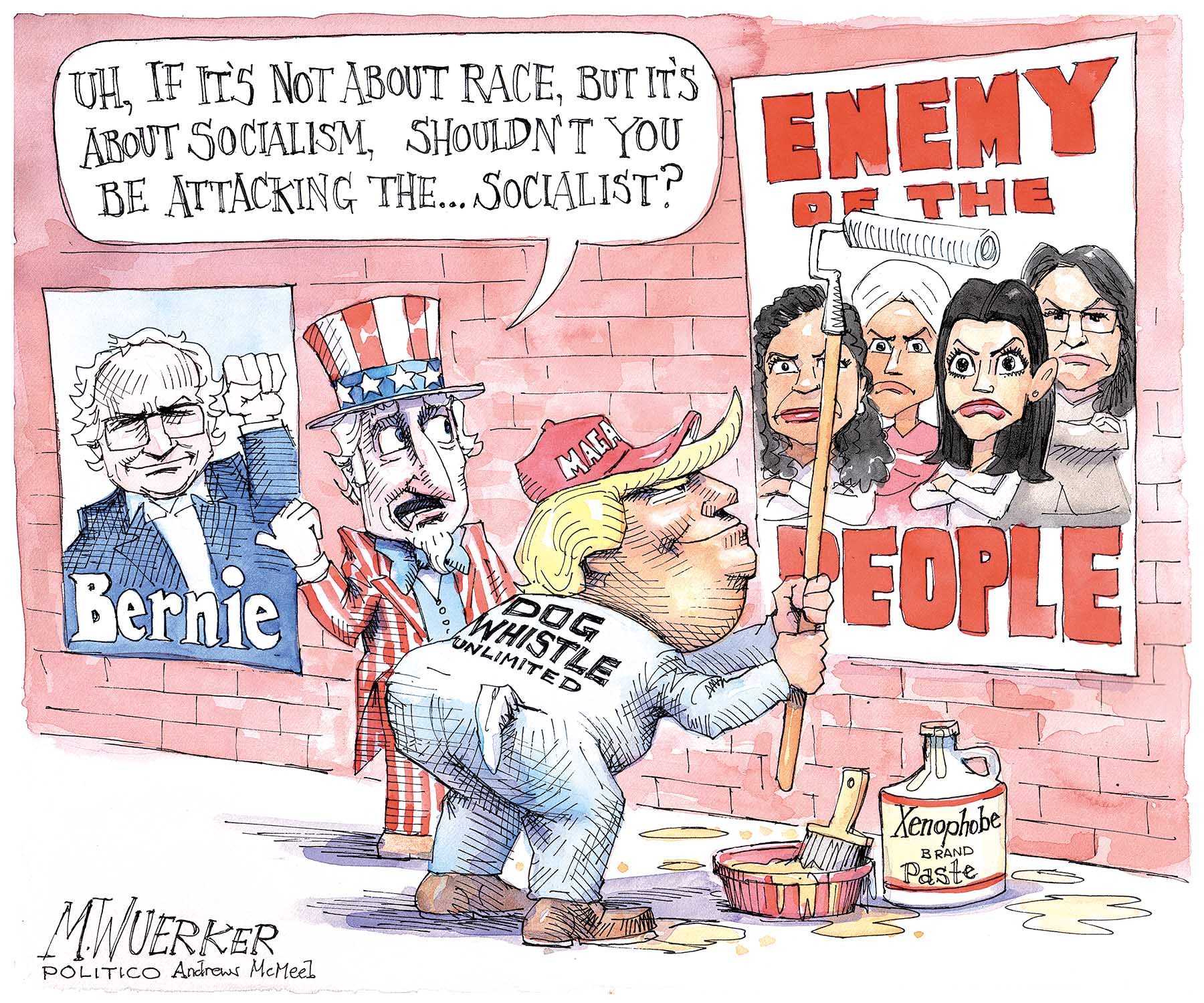 Thanks for the thoughts

I want to acknowledge all the heartfelt letters of support that have appeared in this paper, as well as the cards, emails, phone calls and even hugs on the street from people, some of whom I don’t even know [“Redondo Beach Mayor Brand diagnosed with cancer, will continue to fulfill duties,” online ER June 17, 2019]. While being diagnosed with stage IV lung cancer is scary, every bit as overwhelming has been the warmth, compassion and genuine well wishes expressed by so many.

For everyone who is told they have cancer, it hits like a bolt of lightning. And being mayor, it doesn’t just hit me and my close family and friends, it hit a community that has been nothing but compassionate and supportive. I want to take this opportunity to express my deep appreciation to everyone who has reached out to us as we face this latest challenge.

One of the many things I’ve learned in the short, eventful five weeks since being diagnosed is that there are millions of people out there finding ways every day to live full lives while dealing with serious illnesses. It has been truly inspiring to listen with a newfound appreciation to individual stories of suddenly going from leading normal, healthy lives to everything changing to a renewed focus on health and the importance of your personal relationships.

While a cancer diagnosis is never a good thing, with all the latest state of the art medical care situated right here in the South Bay, like the brand new City of Hope facility in Torrance, this is one of the best places in the world to be for access to the latest treatment for any kind of illness.

For now though, I’m just a future cancer survivor doing what he’s told by the people who deal with these challenges every day. I plan to be living with this for a very long time so thanks again for all the prayers and letters of support. They’re working!

Mark Burton’s arguments in support of ALPRS (automated license plate readers) is what makes me concerned about their deployment [“Security, not surveillance,” Letters, ER July 18, 2019]. His points essentially say effectiveness trumps privacy concerns, the latter of which he does not seem to demonstrate any empathy or understanding for, other than, thankfully, asserting his support of the constitutional right to privacy.

Burton implies, without support, that data collection by private enterprise is more dangerous than data collected by the police and the government. He ignores that the MBPD writes the usage rules, interprets the rules, and audits compliance without substantive civilian oversight. He doesn’t mention that the adopted rules are the minimum required by California law.

He limits the definition of “surveillance” to a distinction without a difference — consider that a series of locational license plate “snapshots” can be digitally crunched to provide a picture of someone’s private movements better than a static camera. For some reason Burton thinks we should feel comfortable that such collected data will kept for only one year.

Yes, ALPRS can catch criminals when their license plates are tagged in the database, at least until they catch on to this tracking method. Yet we don’t hear of how many of the cited 100 felony arrests solved Manhattan Beach crimes, nor why the extensive costs of the ALPRs and the related software, data storage and licenses have not seemed to reduce property crime much in our city. We are just as likely to be diverting Manhattan Beach resources for enforcement of other cities’ problems, while forfeiting adequate controls over our own personal privacy.

“In this world nothing can be said to be certain, except death and taxes.” — Benjamin Franklin.

Undergrounding is the most divisive (neighbor against neighbor), despicable, immoral, unfair, controversial and unethical program ever proposed by Manhattan Beach City Council.  Residents who don’t need or want undergrounding are forced to pay $75,000 to $100,000.

An undergrounding survey would be sent out to the residents to ask if they approve or disapprove of Utility Undergrounding. City Council proceeded to manipulate the voting procedure, accepted an $80,000 bribe for one district, and used scare tactics and gerrymandering in another district. Southern California Edison doubled the assessment costs on two districts because they had made an error in measurement.

The truth about undergrounding: Edison Electric Institute says Undergrounding Costs Outweigh Benefits. Undergrounded wires are not more reliable. Repairing overhead lines is easy and can sometimes be done by one worker. The costs of undergrounding are prohibitive. The only justification for Undergrounding is “intangible, unquantifiable benefits.”

Edison has been accused of fraudulent activity, fined $30 million and ordered to refund $81 million to customers. Edison was involved in the Thomas and Woolsey fires, with unsafe equipment, aging infrastructure, ineffective vegetation management system and electrical infrastructure.

Manhattan Beach residents don’t have a choice for an electricity provider (Edison), but we do have a choice not to use the incompetent, fraudulent  Edison for utility undergrounding.

Enough with the knee jerk “blow up the system” attitude. The Greenbelt, storm water reclamation plan is a win-win for Hermosa Beach, unlike the E&B Oil plan, or CenterCal harbor plan in Redondo Beach (Redondo demands nearly half a million dollars after Hermosa Beach welches on water deal,” ER July 18, 2019). I get the anti-development sentiment, and I understand the perception of risk to nearby properties, but the Hermosa water reclamation EIR never even had a chance to get off the ground — so it’s all worry with no actual evidence of risk. The Greenbelt project isn’t this. It is allowing Hermosa to deal with its 13 percent share of runoff for orders of magnitude less cost than going it alone. It’s a win-win-win collaboration between our South Bay cities. The daily fines for polluted runoff, alone ,ought to give pause, especially if Manhattan Beach and Redondo Beach have a good case to seek relief from Hermosa for those fines via the courts. Hermosa residents should be well informed about the impacts derailing this project will have on their city ,both fiscally and environmentally. As a lover of our local beaches, please, allow the EIR to proceed. If the impacts to Hermosa are indeed shown to burden them disproportionately, then have the conversation about next steps, mitigation or alternatives.

Leach it in Redondo

Instead of creating a leach field under the southernmost portion of Hermosa’s Greenbelt close to residential housing, how about across the street under the giant parcel of unused dirt bounded by Herondo and N. Francisca (Redondo demands nearly half a million dollars after Hermosa Beach welches on water deal,” ER July 18, 2019)?

Not in my leach yard

How convenient, Hermosa City Council bows to unfounded public pressure and decides to put a perfectly viable and low impact environmental project on private property in Redondo (Redondo demands nearly half a million dollars after Hermosa Beach welches on water deal,” ER July 18, 2019). How kind of them. Perhaps the Redondo Council should vote to settle the CenterCal lawsuit by moving the failed CenterCal Mall by the Sea to the Hermosa Pier.

Learn from the past

We fully support any expression of civic compassion in the Beach Cities as an American tradition.

The inscription on the Statue of Liberty says it best: “Give me your tired, your poor, your huddled masses yearning to breathe free … “ For people who only worry about their pitiful little tax pennies and tribal partisan loyalties to attack good leaders in Manhattan Beach as being “political,” that says everything about the sad state in which our country finds itself today. We have made the mistake in the past when good people stay silent in the face of human suffering and hideous injustice. Let’s not do it again.