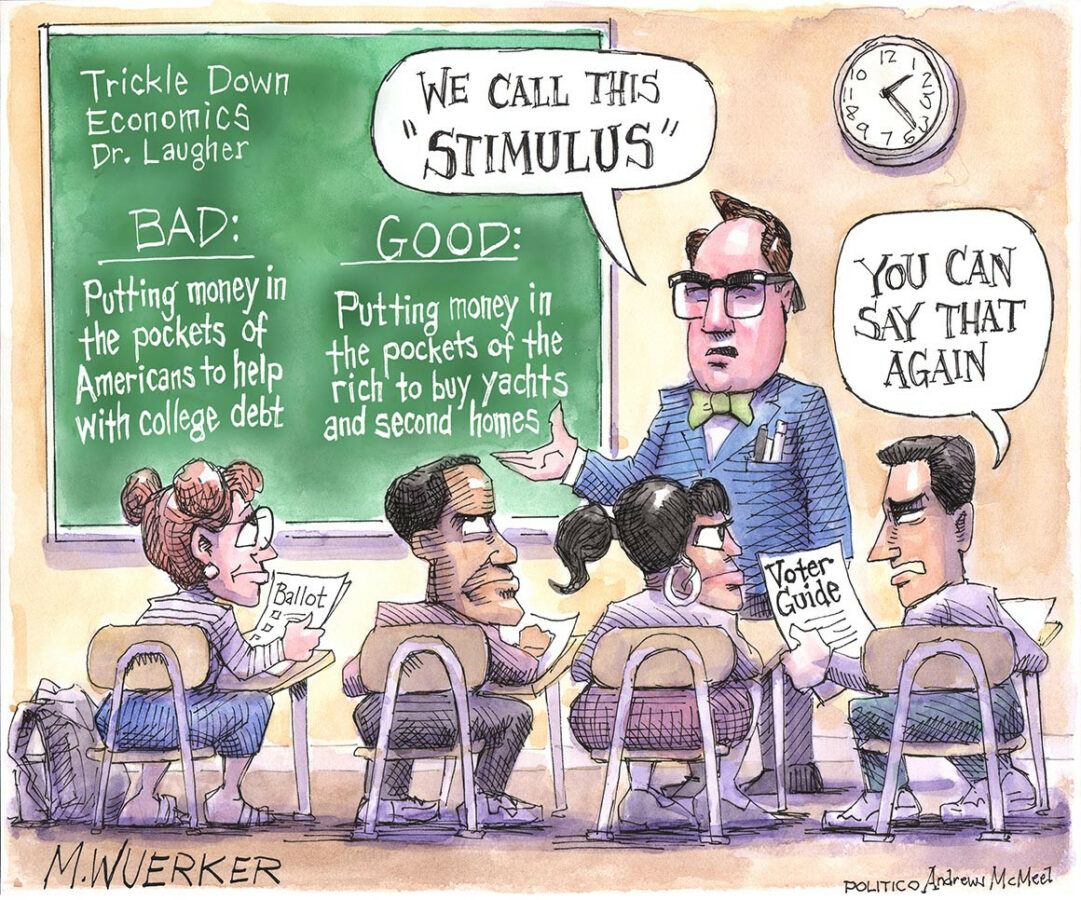 The League of Women Voters of the Beach Cities opposes the Redondo Beach City Council’s decision to call a special election on Oct. 19 (“Rare Wednesday vote for Obagi, Jr. recall, cannabis in Redondo Beach,” ER July 28, 2022). We have several concerns, including 1. The elections’ substantial additional cost, 2. the high probability of voter confusion, 3. likely low voter turnout, and 4, questions about the city council’s compliance with the Brown Act. The League endorses government efficiency and transparency, including the protection of citizens’ right to know and citizen participation in government decision-making. The last minute vote on this special election, just three weeks before the statewide general election, will create unnecessary voter confusion. Residents had limited ability to comment on the new election date, which combines a council member’s recall vote with the vote to allow cannabis outlets. Both items were already scheduled for different election days. The Oct.19, and Nov. 8 mail-in ballots are certain to overlap, and will challenge city and county election procedures. The League encourages voter engagement and participation. With so little time to educate and motivate voters, this special election may be easily overlooked by residents. It is often the case that “off-cycle” elections have poor voter turnout, and skew the demographic of who votes. The League believes that local governments have the obligation to conduct elections in a manner that leads to optimum voter turnout.

The projected expense for the special election is an additional $270,000, which could be spent on things with a greater value to residents.

The League of Women Voters is a nonpartisan, grassroots organization working to protect and expand voting rights to ensure everyone is represented in our democracy. LWV was founded more than 100 years ago and has 700+ state and local Leagues throughout the country. Our members serve as watchdogs in city, county, and state meetings throughout the nation.

League of Women Voters of the Beach Cities

I would like to thank the Manhattan Beach City Council for giving us the time and opportunity to educate them on wildlife 101, and the science of how to get along with nature, in this case coyotes (“Manhattan Beach will not trap and kill coyotes, for now,” ER Sept. 8, 2022). I admit that education is first and foremost, but one must also take action and not just talk about it. We thank the three members of the council who voted to not trap coyotes. You did the right thing for your community, and for the ecosystem.

Union Members for the Preservation of Wildlife

Agreed that trapping, and killing coyotes will only thin the herd of not so smart coyotes. We have seen that with deer populations in rural areas (“Manhattan Beach will not trap and kill coyotes, for now,” ER Sept. 8, 2022). The dumb ones are running in front of cars. The smart ones hang back and let others check it out. Relocate the feral cats to farms. They love feral cats for taking care of gophers and mice. Also, I think Manhattan Beach has coyotes coming over from Chevron as well as the Redondo hills.

It’s disappointing to see SB330 cited incorrectly, and not have a reporter with the intellectual curiosity to see if there’s validity to the argument before an article is published (“AES plant owner Leo Pustilnikov undeterred by city housing plan,” er Sept. 8, 2022). SB330 is meant to keep cities from down zoning to prevent additional density/ housing. That’s not the case here. AES is zoned as a public park with a CUP (Conditional Use Permit). The city has not down zoned anything. Rather the AES owners seek to upzone a park into housing.

Redondo District 4 Councilmember Zein Obagi’s record would be exceptional for someone having served four or, even, eight years. In just a year and a half he has delivered more than $2.5 million of funding for our district, including a new dog run in Andrews Park, safety improvements at Grant and Aviation, four-way stop signs to protect residents, new landscaping for Artesia Boulevard, and refurbishment of the Perry Park Teen Center. In addition, he has led the important work of opposing the Green Line extension through our neighbors’ backyards. As a former Redondo council member, I know it takes someone highly dedicated to the people he serves to achieve such a legacy so quickly. That is why it pains me that an out-of-town pot dealer wants to take this dedicated person away from us so that he can have his own way with our City Council. Don’t let him, or any outsider do that to us. Vote NO on the recall. Keep the decision about who serves us on our City Council ours.

interests over residents. Voters ousted them in 2021, but now outside interests have

spent $309,188, so far, to control our laws and elections. Elliott Lewis, owner of Long Beach-based Catalyst Cannabis intends to have a monopoly on cannabis retail sales in Redondo. Despite Redondo Beach’s proactive approval of its own cannabis policy, inclusive of resident input, Lewis wrote his own to ensure that he controls our laws and financially benefits off the backs of the residents. Lewis funded the recall effort against Councilmember Zein Obagi. It doesn’t take a genius to understand why. If he unseats one member of the resident-focused, majority-council, it will flip back to a special-interest majority. Lewis is leasing campaign office space from Leo Pustilnikov, an owner of the AES power plant property, who wants that parcel rezoned for housing. What is happening is intentionally complex.

Redondo Beach District 4 residents are going to be asked to fill out a ballot to keep or recall Councilman Zaine Obagi. District 4 is lucky to have such a wonderful councilperson. Obagi is proactive on quality of life issues, which matter so much to all of us in our amazing city. He’s enhancing the bike paths with native plants, and trees; making Artesia a vital commercial road for locals to walk, shop and grab a bite to eat; beautifying our neighborhoods by expediting a tree ordinance that will grow a tree canopy to keep us cooler, and encourage wildlife; and he’s starting a campaign to encourage drivers to slow down for the safety of our children and cyclists.

Vote no to the recall. We need more elected officials in this city like him—not fewer.

The disgruntled Redondo Beach council candidates who lost their Redondo Beach election bids in 2021 would have voters think there’s a Civil War in town. They have invented a non-existent North vs. South propaganda theme to malign Redondo’s popular mayor, and  Districts 1, 2 and 4 councilmembers. Don’t be swayed by campaign pictorials of high-fiving women piggybacking on their boyfriend’s backs. An out-of-town cannabis retailer seeking a business monopoly in Redondo has spent over $300,000.00 to recall a councilmember who exposed the cannabis retailer’s modus operandi, and his cannabis initiative that favors his business model.  Everyone should be voting NO on the cannabis Measure E. District 4 residents should also vote NO on the recall. This election is about protecting Redondo Beach from special interest groups attempting to redo an election decided 16 months ago.  Redondo’s own retail cannabis ordinance takes effect October 6. Elliot Lewis of Catalyst Cannabis is why we’re having this election. Period. Redondo residents didn’t spend one dime to get either item on a ballot. A focused, stand-alone election is warranted. Mail your ballot before October 19. We are not for sale.

For better or worse, the Manhattan Beach City Council is the “Bruce’s Beach”

City Council. The Council mishandled Bruce’s Beach, resulting in the Governor, the Legislature and major newspapers pummeling our Council. It even made international news and did significant damage to the reputation of our community. Is our City Council really going to go down that rabbit hole again? The 4-story, 79 unit, and highly suspect short term rentals, Highrose luxury apartment building is coming up for approval at the City Council’s meeting on Tuesday, September 20. City staff is recommending approval of a putative “low income” residential housing project directly adjacent to an oil refinery and, worse yet, an oil refinery “tank farm.” Is our City Council really considering putting “low income” persons directly in harm’s way? Imagine the field day the Governor, the Legislature and major newspapers will have with that. It may be déjà vu all over again for the “Bruce’s Beach” Council. Our City Council could exercise common sense judgment and deny this project because of the several open, obvious and

Editor’s note: Mark Burton is a candidate for the Manhattan Beach city council in the Nov. 8 election).

Recently there have been several incidents involving hit and runs. Cyclists, and pedestrians have been severely injured because of reckless drivers. The South Bay needs Assembly Bill 43, which would allow cities to lower speed limits.