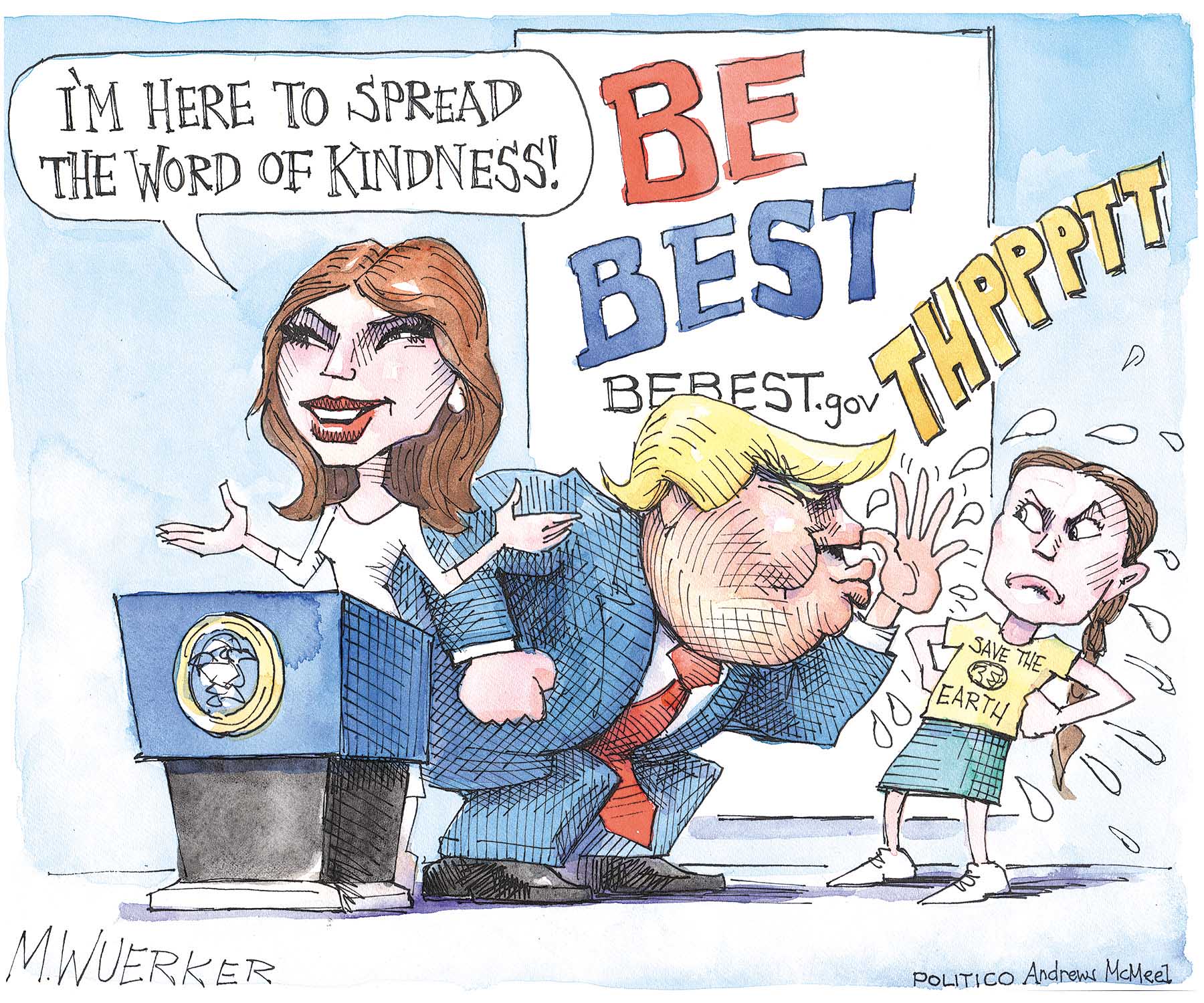 Perhaps the committee responsible for the Hermosa Beach murals and our city officials, including the mayor, city manager, new assistant city manager and City Council, would enlighten us regarding the choice of individuals depicted in the newest and yet-to-be-completed mural [“Hermosa Mural artist aims to show multiple perspectives,” ER Aug. 29, 2019]. Was any research done regarding the selection? Especially Allen Ginsberg who, although talented, had a known penchant for pedophilia. Is it too much to ask for a little due diligence?

I stopped by to see the progress of the new mural going up alongside Watermans  near the Hermosa Pier and was surprised to see Allen Ginsberg being included in the images of Hermosa celebs [“Hermosa Mural artist aims to show multiple perspectives,” ER Aug. 29, 2019]. I know he was considered a hip, beat poet who read his work at the now gone Insomniac, but he was also a vocal advocate for pedophilia. Why are we celebrating him?

On behalf of the Hermosa Beach Murals Project, I hope everyone is enjoying watching the painting of our ninth mural, “Beatnik Alley,” now being installed on the east side of Beach Drive just south of Pier Plaza [“Hermosa Mural artist aims to show multiple perspectives,” ER Aug. 29, 2019]. This mural depicts the countercultural movement that swept Hermosa Beach in the ‘50s, ‘60s, and ‘70s and brought international fame to the iconic local landmarks of that era: the Insomniac coffeehouse, the Either Or Bookstore, and the Lighthouse Jazz Cafe.

Our artist, Timothy Robert Smith, with his distinctive “multidimensional” aesthetic, is creating a mural that is rich in detail, visually stunning, with truly intriguing perspectives — you’ve got to see it in person to really appreciate it.

Predictably, given the theme of the mural, some viewers may find it provocative. Frankly, that was the intention of the Mural Project and we hope that this mural will generate informed conversation about our community’s controversial counterculture legacy in the music, arts, and literature of the “Beat Generation” era.

However, the Murals Project also recognizes that our murals are “public art” and they effectively belong to the entire community when we are done with them.

Acknowledging that, the Mural Project has recently worked with the artist to make some minor modifications to the mural to eliminate some of the potentially most controversial elements while still maintaining the integrity of the initial concept and theme of the mural. Upon its completion, we believe everyone will view it as another beautiful and meaningful contribution to our city’s history of robust creativity and innovative artistic expression.

We hope to see everyone on Wednesday, Oct. 23 at 6 p.m. for the mural’s unveiling, and at the Murals Project fundraising reception that will follow next door at Watermans Restaurant.

But when he votes against spending $24,000 for a study on whether or not to change the fire department from city to county, but has no trouble squandering $17 million to buy out the Fun Factory to make room for a hotel that will never be built, you can’t be surprised when some people think it stinks. Maybe it does.

Have you ever seen a cyclist stop at a stop sign? Cyclist don’t obey the “Rules of the Road.” Failing to stop at stop signs (80 percent of fatal cycling accidents), riding against traffic or riding on the sidewalk, are habits that are common, but illegal. Bicycle Diversion Programs mimic traffic school options available to motorists who receive tickets for moving violations. Instead of paying the full price of a ticket, cyclists can take a bike safety class (a three-hour class on safe, legal bicycle riding). But why wait until a cyclist has a moving violation or kills someone before requiring them to attend a bicycle safety class. Everyone who owns a bicycle should have a license plate (which helps recover stolen bicycles) and attend a bicycle safety class.

As someone who served on the Hermosa Beach Fire Services Community Working Group for the two years leading up to our city’s successful transition to the Los Angeles County Fire Department, I am disappointed that the Redondo Beach City Council’s majority of three has decided to not even follow through with their own study concerning the possibility of moving to County Fire [“Redondo halts County Fire consolidation study,” ER Aug. 22, 2109].

At first, I felt it was important to keep our own Hermosa Beach Fire Department, but that was an uneducated initial reaction. Listening and learning about the multiple benefits offered by the world-class operation that is the Los Angeles County Fire Department, and visiting their facilities across the county, changed my mind. And now after almost two years of the county Fire Department providing service to Hermosa Beach, and with our fire station currently being refurbished with a five-year-interest-free loan from Los Angeles County, I am grateful to the leadership of then-Mayor Justin Massey and our Hermosa Beach City Council in making this tremendously beneficial change for our city.

I urge all Hermosa Beach voters to keep Justin Massey on our Hermosa Beach City Council, and to cast your second vote for firefighter and two-year veteran of the Hermosa Beach Emergency Preparedness Commission Michael Detoy. The strength and excellence of their leadership will serve our city well as we move into the next decade.

HBCSD had two viable options that would have provided classrooms sooner than the four-year process to demolish and rebuild North School. The first was to exercise its contractual rights to temporarily use classrooms at Pier Avenue School (The Community Center). This option would have also saved hundreds of thousands of dollars on an Environmental Impact Report since Pier Avenue School is located outside of the Coastal Zone. Second, it would have been to easy and inexpensive to renovate North School just like so many other grandfathered-in campuses.

Additionally, despite assurances that HBCSD would not touch Valley Park, 2.4 acres of the park are identified in documents submitted to the Department of State Architects as the playfields for the North School campus. The California Department of Education specifies that a school for 500 students should be 10 acres. The North School campus is being built on only 2.5 acres. Superintendent Pat Escalante has promised not to use the 2.4 acres in Valley Park. She has decided that she can simply ignore a California Department of Education requirement.

I think it’s some of the best pizza in the South Bay. A good combinations of toppings, with just the right amount of coverage [“Restaurant review: Pies and Pours,” ER Sept. 12, 2019]. The beer selection is varied and covers the whole spectrum. Give it a try.

When I was a kid in middle school and high school, we rode our bikes to the beach every day. Part of our routine was a sauce sandwich, a small punch and five pieces of licorice for 35 cents [“Six decades of meatballs and marinara sauce,” ER Sept. 5, 2019]. Loved this meal, ate it every day. So many fun memories of Mickeys and Second Street on the Strand. Thank you Mickeys.

It has been an honor and an enriching pleasure to serve as a Hermosa Beach city council member. I made a promise that this second term would be my last in office. My overriding goal to serve on City Council was to see the development of a visionary plan for our future. This has been achieved. I am now looking forward to passing the torch on to a new generation of leaders with passion and skill to work toward its fulfillment.

When Michael Detoy stepped forward to run for City Council, I knew we had the best possible person for the job. Beyond his experience as a former Emergency Preparedness commissioner, as well as a firefighter by profession, he has shown his history of commitment to public service. By choosing Hermosa Beach as the place where he and his wife wanted to start a family, they have both made an important investment in our city.

With a bachelor’s degree in finance and master’s degree in public administration, he will bring an important perspective and independent voice to managing budget choices and capital investments.

I hope you will join me in support of Michael Detoy for Hermosa Beach City Council and that you will make your vote count on Nov. 5. Our city needs him.

Please correct an inaccurate statement made in a letter to the editor authored by a concerned citizen (“Ring the Alarm,” ER Aug. 29. 2019). The letter writer wrote,…”Division Chief Yang, RBFD’s Second-in-Command, told emergency dispatchers to not put LA County Services in primary back-up position to respond to emergency calls.” This statement is patently untrue. No member of the Redondo Beach Fire Department command staff, including myself, has ever issued such a directive to emergency dispatchers. No RBFD dispatch run orders have been modified to exclude any regional assisting fire resource(s).

The safety of, and service to the community have always been and will continue to be the utmost of priorities for the Redondo Beach Fire Department.

A letter to the editor in the August 29 issue of Easy Reader mistakenly stated that Redondo Beach Fire Department Division Chief Issac Yang issued an inappropriate direction to department dispatchers. Chief Yang did not issue the order described in the letter. Easy Reader apologizes for the error.