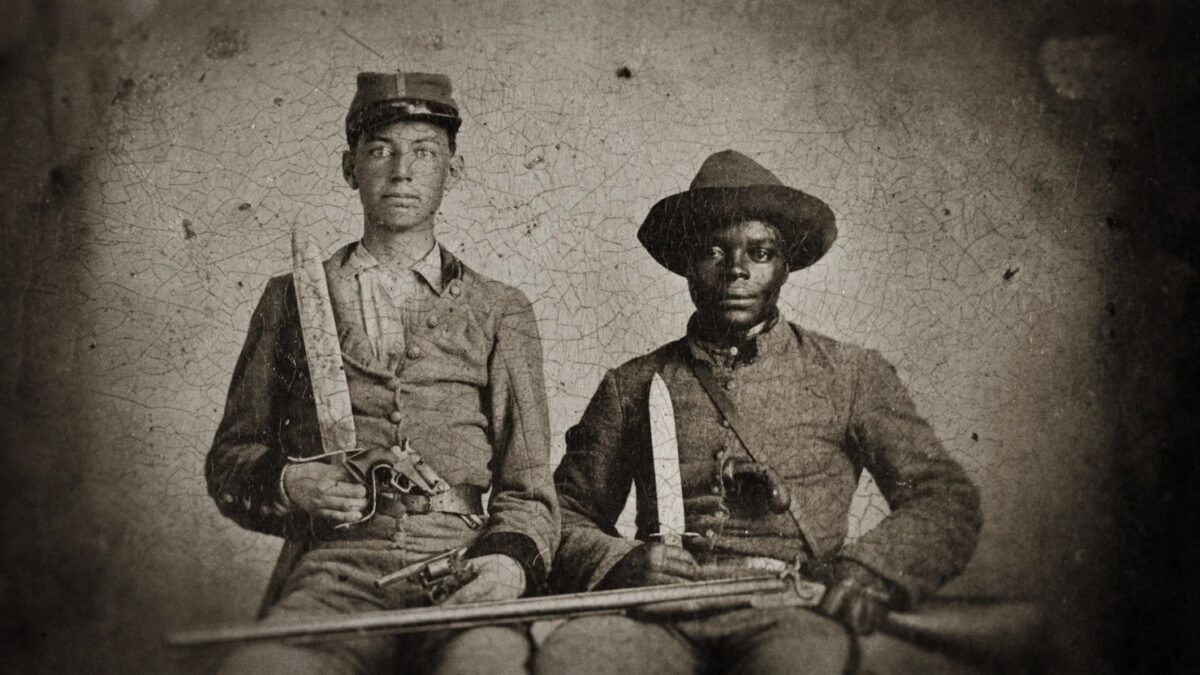 Two soldiers in "Lincoln's Dilemma." Photo courtesy of the Meserve-Kunhardt Collection and AppleTV+. “Lincoln’s Dilemma.” Photo courtesy of the Meserve-Kunhardt Collection and AppleTV+.

“Lincoln’s Dilemma,” the extraordinary four-part documentary on AppleTV+, introduces a more well-rounded portrait of the 16th President than I have previously experienced, and I’ve read at least 5 books about him from Doris Kearns Goodwin’s Team of Rivals, to James McPherson’s Tried by War: Abraham Lincoln as Commander in Chief. All view him through the prism of the Civil War and of course discuss that he freed the slaves, hence his title as The Great Emancipator. But it’s actually considerably more complicated than that.

Based on Abe: Abraham Lincoln in his Times by David S. Reynolds and benefiting greatly from the Meserve-Kunhardt Collection at Yale, the largest private repository of Lincolnalia encompassing photographs, rare books, and artifacts, directors Jacqueline Olive and Barak Goodman take us on a journey, year by year, on how Lincoln arrived at his decision to free the slaves.

The accepted portrait of Abraham Lincoln is that of a kind man faced with an almost insoluble problem—the secession of the Southern states from the union immediately upon his election. The popular presumption is that it was always about the retention or dissolution of slavery but that is a simplistic view of a complicated situation. Although Lincoln was against slavery, he was no abolitionist, but rather a pragmatist. And what is clear from the outset is that if he could have brought the South back into the Union at the beginning of the war, he would have compromised on that issue. Abraham Lincoln was, above all, a savvy politician and always analyzed every side of the complicated questions thrown his way.

Although opposed to slavery, he eventually used abolition as a righteous and powerful tool. But remember, as long as the union was divided, emancipation would apply only to slaves in northern states. From a political standpoint, it had many benefits, not the least of which were increasing the size of the army and sowing more chaos in the South. Granted, at first African Americans were not allowed to carry weapons and served primarily in non-military positions, but as the war dragged on and the need for soldiers escalated their responsibilities were enhanced.

The four episodes start with Lincoln’s evolution from country lawyer to losing Senatorial candidate to President. Each subsequent episode reveals his years in office as the war raged on until, at the end, just weeks after his reelection, he is assassinated. 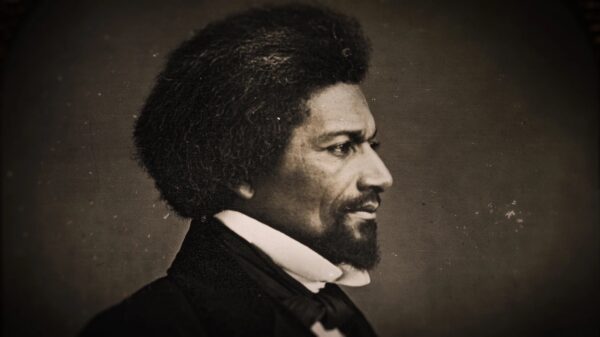 What is unique about this series that touches on so many aspects of this disastrous war, from his incompetent generals, treasonous legislators, and personal sorrows, it is seen through the prism of African Americans at that time. Frederick Douglass, arguably the most famous former slave of the era, viewed Lincoln as doing too little and publicized these views in the leading African American newspapers of the time. Until almost the end of Lincoln’s life, Douglas viewed what Lincoln did as too little, too late, and too compromised. Until the Emancipation Proclamation was delivered in 1863, Lincoln was still trying to find a road on which to compromise with the South and reunify the nation. What Douglas and others failed to note was that if Lincoln had not taken this “slow” approach, he would never have been elected.

Documentaries always have talking heads who try to speak cogently on the subject at hand. Most often it seems as though they are just interested in verifying their bona fides on the subject to promoting themselves. Gratefully, these episodes are jam packed with an array of knowledgeable writers, historians, and journalists who intelligently deliver information and wisdom on the topic of slavery. The writings of Civil War-contemporary African Americans, both enslaved and free, give us a perspective that we might have glossed over in the past. The writings and actions of Frederick Douglass and his influence on Lincoln are eye-opening as gradually the issue of ending slavery became a political expedient. As a subtitle to the series, the producers point out that “history is never made by just one person.”

The on-camera speakers are all experts on the Civil War, social justice, slavery, Lincoln, and/or the relationship of our times to those of the past. The diversity of voices speaking to the issue of Lincoln and emancipation is astonishing. I particularly liked hearing from Kellie Carter Jackson of Wellesley College, James McPherson from Princeton, Jelani Cobb of Columbia (he is also a producer of the series), Lonnie Bunch, the founding director of the National Museum of African American History and Culture, Bryan Stevenson of the Equal Justice Initiative, and David S. Reynolds, the writer of the underlying material. But these are just a fraction of the people offering information.

Successfully tying in 20th and 21st century events, including the January 6 insurrection, the series makes a point in showing that all that was fought for in the past is still, unfortunately, in contention.

Contributing greatly to it all are the voice-over artists who breathe life into the narrative as they read the speeches and diaries of individuals living and commenting at the time. Jeffrey Wright narrates the series. Bill Camp (“Twelve Years a Slave,” “Night of”) voices Lincoln and Leslie Odom, Jr. gives life to Frederick Douglas. The use of archival photos is so good that it’s easy to overlook the so-called reenactments that occasionally appear.

Streaming now on AppleTV+. If you don’t have it, it’s worth the free trial.