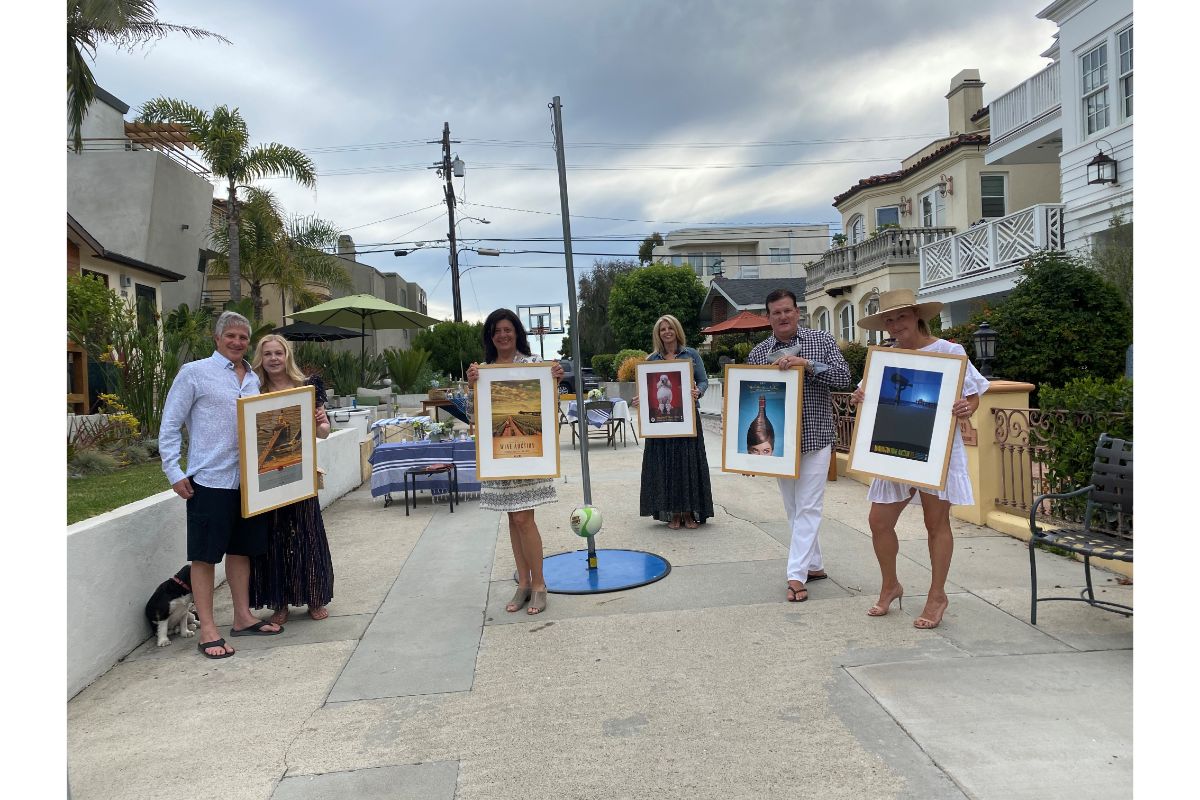 The 26th Annual Manhattan Wine Auction was truly unlike any of the previous 25 events.

First of all, nobody was there, because it didn’t occur at the Manhattan Beach Country Club or anyplace like it —  instead, the Manhattan Beach Education Foundation’s signature event occurred throughout the town, on walk streets, in garages, dining rooms, kitchens, living rooms, and even on a few rooftops. Secondly, the Wine Auction itself only lasted an hour and was extremely short on speechifying.

But the Wine Auction was the same in spirit and intent and, almost miraculously, in its success in raising funds for Manhattan Beach Unified School District educational programs. The event was live-streamed May 30, and raised nearly $1.1 million for local schools.

“We are absolutely thrilled,” said Hilary Mahon, MBEF executive director. “Our board was unsure at the beginning if in fact creating a virtual event would reach our community in the same way that we have for so many years in the past. Ultimately, we decided to shift to the virtual platform and create as many ways for our community to get involved as possible. And we did it. For us to be able to say we raised a million dollars for our schools in this one effort is absolutely tremendous. We were very near and on par with what we raised in the past.”

Nearly 1,000 people logged in that Saturday night, making it quite possibly the largest live-streamed event in Manhattan Beach history. The live-stream featured a bouncy soundtrack provided by the Mira Costa High School Jazz Choir and a video tribute to teachers. The Wine Auction featured wine tastings in private homes throughout the week, both from wineries and local breweries, as well as its customary silent auction, raffle, and, on the night of the event, its signature “paddle-raise.” Mahon said she was almost stunned at how quickly the paddle-raise generated funds.

“To watch the needle get higher and higher beyond our goal of $500,000 so quickly, in a matter of minutes….It’s incredible,” Mahon said. “It’s the understanding of what quality public education means to our community. It’s the dedication of our parents, teachers, and community members to sustain quality public education. And it’s the simple generosity, all of that coming together in those moments, really proving that in Manhattan Beach, we stand by our schools, and that we are in this together. That moment with the paddle-raise was truly epic for me.”

Another new feature, originally planned for the in-person event but transformed into an online moment, was the surprise presentation of MBEF’s first Legacy Award, intended to honor an individual’s commitment to supporting local education. The inaugural honoree was Rod Spackman, manager of corporate affairs for Chevron El Segundo, who has overseen $1.5 million in donations to MBEF and over $4 million directly to MBUSD schools during his tenure. Spackman, who is retiring this year after 40 years with Chevron, has been a key part of the Wine Auction since its own inaugural year in 1994. He was honored with a video tribute. 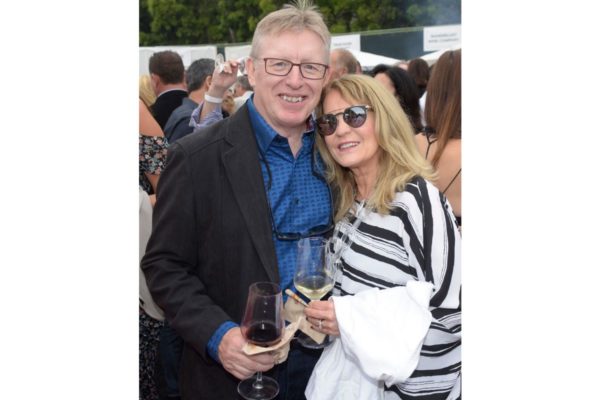 Superintendent Mike Matthews appeared in his backyard, where, golf club in hand, it looked like he was working on his short game. He thanked Spackman for working so avidly on MBUSD’s long game.

“Rod, I was just thinking about you and your golf game,” Matthews said. “One of the reasons that your golf game isn’t that good right now is because you devoted yourself so fully to our schools and our community. So first of all, thank you. Thanks for making a difference. Thanks for caring so much about the schools. Thanks to your leadership Chevron has made an incredible difference in our community, and all of us here in the Manhattan Beach Unified School District. We appreciate you, and thank you for your efforts. So go retire and go invest that same effort into your golf game. We’re grateful for you. We’ll miss you and wish you the best.”

His public affairs colleague at Chevron, Jeff Wilson, vowed to continue the legacy that Spackman established.

“Following three decades as a community leader and proud supporter of the Manhattan Beach Education Foundation and our schools, I think it’s fair to say when you think of business and education, you think of Rod,” Wilson said.  “Rod has truly been a pioneer in helping businesses both small and large recognize that support for schools is fundamental. No doubt, Rod, you’ve shaped Chevron’s STEM investment strategy and recognized how important it is for us to stay civically engaged. Your legacy, and that history, is going to continue.”

Spackman was surprised at his own home, where another colleague, Chevron public affairs representative Jill Brunkhardt, presented him with the award.

Mahon said she missed seeing Spackman in person but was glad he was the first recipient of the new award.

“He really has helped drive support from the community, to our foundation and to our schools, particularly through Chevron, but he’s led as an example to all other corporations and organizations in our community, showing that support for our schools is essential,” Mahon said. “We really felt he was an important figure in our history and a legacy to all of our schools who should be honored. We had planned to do it in person at the annual Wine Auction and had to shift gears a bit. But we were still able to surprise him.”

The Wine Auction’s success will translate hopefully into the restoration of programs that were cut in this year’s budget process. Mahon noted that the current budget proposed by the state legislature would provide a level of funding that might make this possible; otherwise, the funds will be part of filling a large hole, a $3.3 million budget deficit.

“It’s my hope that it’s the latter, that we are not just filling a bigger hole, that we are able to really help bring back some of the programs that have been cut,” Mahon said. “But long term, we know our entire state is hurting and the impact on the economy is going to impact our schools greatly. And we have to advocate for ourselves here in Manhattan Beach.”