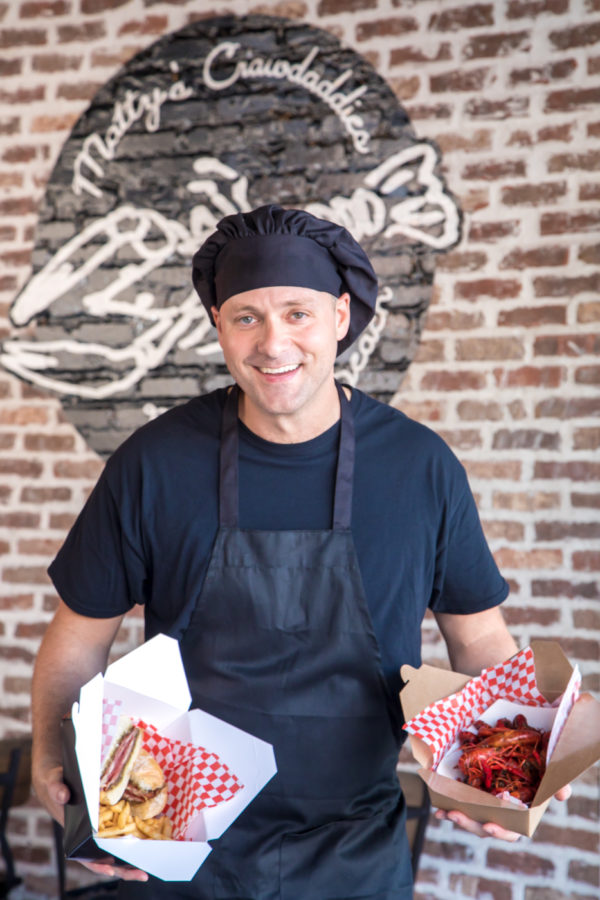 One of the more interesting new cuisines in America came about from a rare moment of bureaucratic inspiration. When a wave of Vietnamese refugees came to the US in the 1980’s, some bright spark in the federal government suggested settling them among Cajuns in Southern Louisiana. Both people tended to be fluent in French, follow the Catholic faith, and many were fishermen and shrimpers. It was a genius idea, and over 15,000 were welcomed by a community with whom they had much in common.

I remember visiting Cajun country in 2002 and being surprised by the blended cuisine. It included their shared love of seafood, rice, and spice. Since then Asian-Cajun restaurants have become popular and more wide-ranging, embracing elements of Thai and other traditions.

That cuisine has a new outpost in the South Bay, Mattie’s Crawdaddies in Riviera Village. The name makes some people think they serve only crawfish, but they have a varied menu that is based in Southern tradition. They depart from that at will, offering their version of a Thai yum yai salad and a Connecticut lobster roll, but their heart is in Louisiana.

This includes a very rarely seen delicacy called the muffaletta sandwich, which was invented by Sicilians in New Orleans. The mix of cold cuts and cheese on a roll is fairly standard, but it is distinctive thanks to a garlicky olive spread that would be called a tapenade if it was on the other side of the border with France. The salty, slightly spicy pickle tang balances the rich proteins, and it’s a wonder this sandwich isn’t more popular. In the French Quarter a muffaletta is usually served cold unless you ask for it warmed. Here it’s the other way around, but either way it’s a winner. 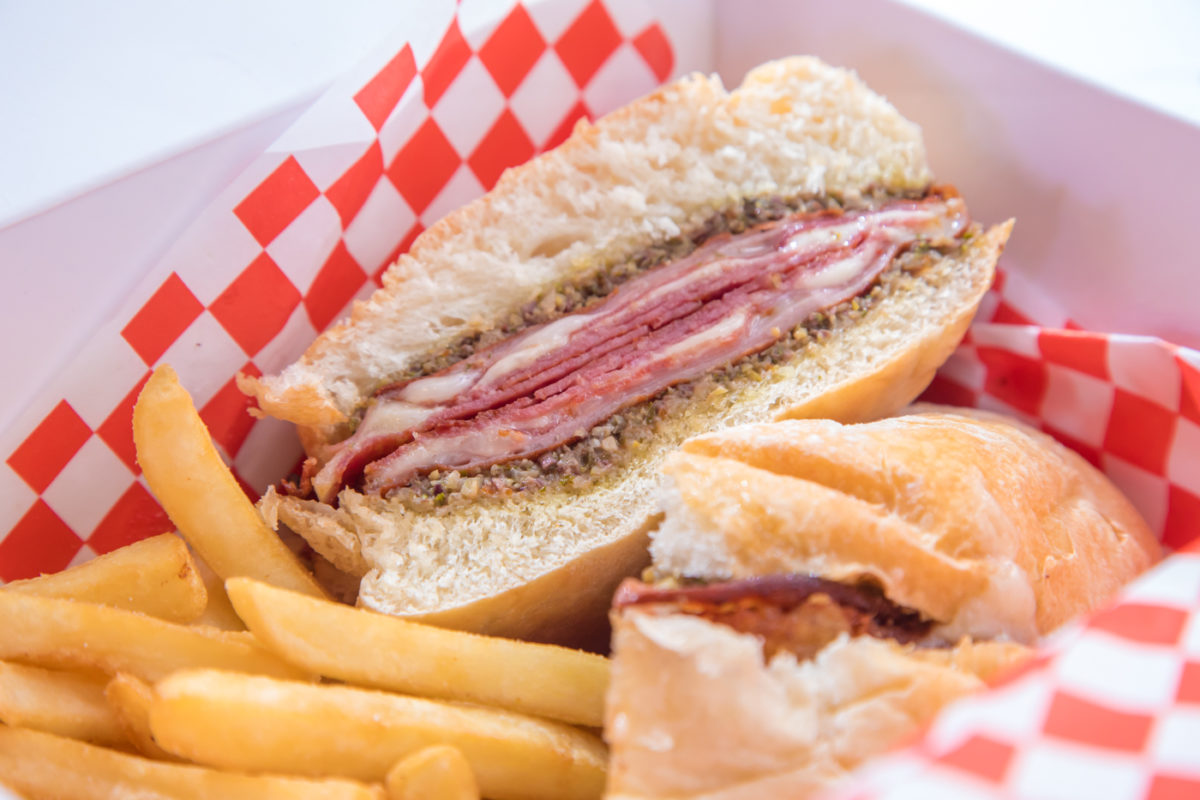 The muffaletta sandwich was invented by Sicilians in New Orleans.

I can’t quite say the same thing for their Nashville hot chicken sandwich, but I can’t say I wasn’t warned. The menu says it’s insanely spicy and notes, “You probably can’t handle it.” In case they were right, I ordered this for lunch with someone who adores very hot food. He had about four bites and then put it down while shaking his head. “I could finish it if I had to, but all I’m getting is heat,” he said after consuming most of a beer. My reaction was the same, because the sauce was so hot and applied so liberally that while I could see meat and vegetables, I couldn’t taste them.

Happily, a cure for the heat was at hand because we had also ordered their version of a Thai shrimp and noodle salad. There’s a tiny amount of chile in this salad, but it is balanced with lime juice, tomato, and an unusual ingredient, corn. It’s an eccentric version of a classic item, but great as an antidote to the hot stuff served here. You’re probably going to order something along with any sandwich you get here because french fries are not included, and the ones here are OK but nothing special. Other options are boiled red potatoes, good mini corn muffins, or a traditional Southern sides of red beans and rice, collard greens, or boiled peanuts. That last item is rarely seen outside the South, and it’s a polarizing one, because instead of the snappy crunch of roasted peanuts they’re soft and moist. It reminds you that peanuts are a legume like soybeans or lentils, and you might want to try these to experience their natural flavor. I prefer them roasted, but your mileage may vary.

I had to try their seafood mains because after all I was in a place named after shellfish, so I had both the scallop basket and an order of crawfish. Based on the other things I had, I expected the scallops to have a spicy kick, but instead they were sautéed in ginger butter with a little seasoning to accent the natural flavors. They were rich, moist, and something that I’d get again any time. If you were wondering whether a Cajun style restaurant would have anything for those who like simple flavors, this is for you.

If you prefer things spicy and very complex, go for the dish this restaurant is named after. Matty’s serves fresh Louisiana crawfish rather than the farm raised version imported from Asia, and you can tell the difference. The flavor is more delicate and richer, and you can tell this even under the hefty dose of seasoning. You’re going to do the same amount of work prying that meat from the shell, but your reward will be greater. And I should note for those who haven’t had crawfish before that eating them is messy but fun, and you should have a lot of paper towels at hand when you open that bag. One of the only positive things about everything being packed to go is that nobody has to dress for a meal, so wear an old T-shirt and just dive in.

A few desserts are offered, including beignet bites and a lemon posset. The bites are the classic fried dough, tasty but best straight from the fryer. I’m going to try the lemon posset next time, because a hot citrus drink is probably great after a rich, spicy meal.

Matty’s is reasonably priced given that fresh seafood is expensive. Sandwiches like that luscious  are $13, a pound of crawfish $13, and the scallops are $17. You will probably get at least one side so should probably figure 25 bucks a person. That’s a reasonable price to bring a taste of America’s greatest regional cuisine into your home.