Manhattan Beach prepares its own Cannabis initiative for November 8 Ballot 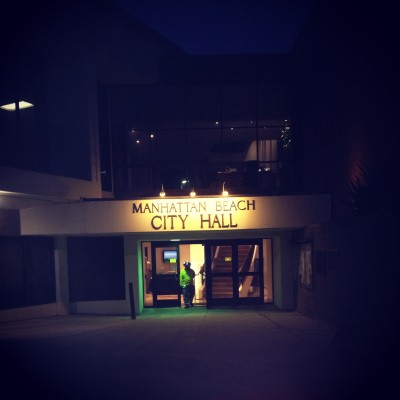 The City’s ballot measure creates 1,000-foot buffer zones near schools, churches, and the beach, where cannabis shops would not be allowed. It would also impose a 20 percent tax, which in addition to an LA County 9.5 percent sales tax, and a 15 percent state tax on cannabis products would result in an overall 44.5 percent tax.

The idea is to provide a disincentive for shops to locate in Manhattan Beach should the cannabis industry initiative be approved by voters. That ballot measure includes no provision for taxation or regulation.

“I think the issue that we’re faced with here is that yes, there might be support for retail cannabis in Manhattan Beach, but then do you want to allow that without any taxation whatsoever?” said Mayor Steve Napolitano.

“How do we square this with disallowing tobacco products but allowing cannabis?” Franklin said.

“The problem is we had a prohibition on cannabis as well as tobacco, but now we are being forced to do something,” Napolitano said. “And so, the citizen’s initiative that is being pushed forward right now doesn’t even have a tax on it…And we are taxing high enough to be a disincentive. But this is what happens when you put something before the voters, and there’s going to be a campaign in which hundreds of thousands of dollars are likely to be spent.”

At its July 5 meeting, the Council will consider adding another ballot measure, this one crafted to reaffirm the City’s existing ordinance banning cannabis sales —  the very ordinances the cannabis industry seeks to override, which in turn would be trumped if voters approved a ban.

“That’s already been drafted,” said City Attorney Quinn Barrow. “…So right now, there will be three different initiatives on the November 8 ballot.”

The industry ballot measure, called the Cannabis Initiative, is backed by Catalyst Cannabis Co., which operates a chain of stores in Southern

California. It would allow up to three shops in Manhattan Beach.

Catalyst has also qualified cannabis legalization measures for the Hermosa Beach and El Segundo ballots in November, and the Redondo Beach ballot in March 2023.

Redondo’s council voted to place a counter measure on the November ballot, which would allow two outlets. Hermosa’s council decided not to put a counter cannabis measure on its ballot. ER