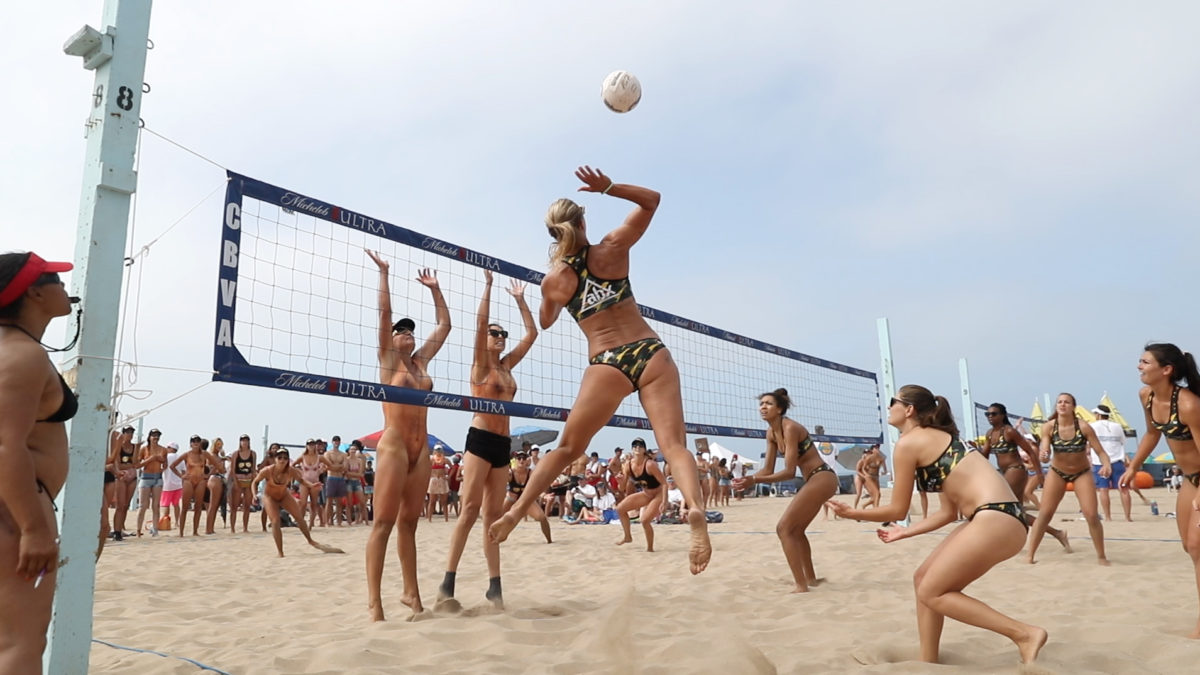 by Kevin Cody and Will Riordan

A Facebook post questioning whether players on the winning men’s team in the past weekend’s Charlie Saikley Six Man Volleyball Tournament were paid to play has set off a wide ranging discussion about the tournament’s culture.

The discussion began Monday, when Chris Brown, a 29-year 6-Man veteran, posted the following statement on his Facebook page:

“Ok 6-man people. Let’s engage in a little real-talk: Should it be legal (within the rules) for teams to pay players? Personally, I would find it incredibly embarrassing if you needed to rely on paid teammates. Also feels completely against the spirit of the event. Interesting that at least two highly ranked pros turned them down citing principle. What do you think?”

Brown added, “The fact that nobody who has ever paid players is willing to step in and defend the practice speaks volumes. If it’s OK, why keep it quiet? Seems like the only reason you’d do that was if you knew it was shady.”

In an interview Tuesday, Brown said he heard last year that the 2018 winning team had paid players. “It stuck in my craw, but I didn’t say anything about it. But when the same team won again this year, I thought the issue should be addressed.”

Brown is president of the California Beach Volleyball Association, which presents amateur tournaments throughout the summer. 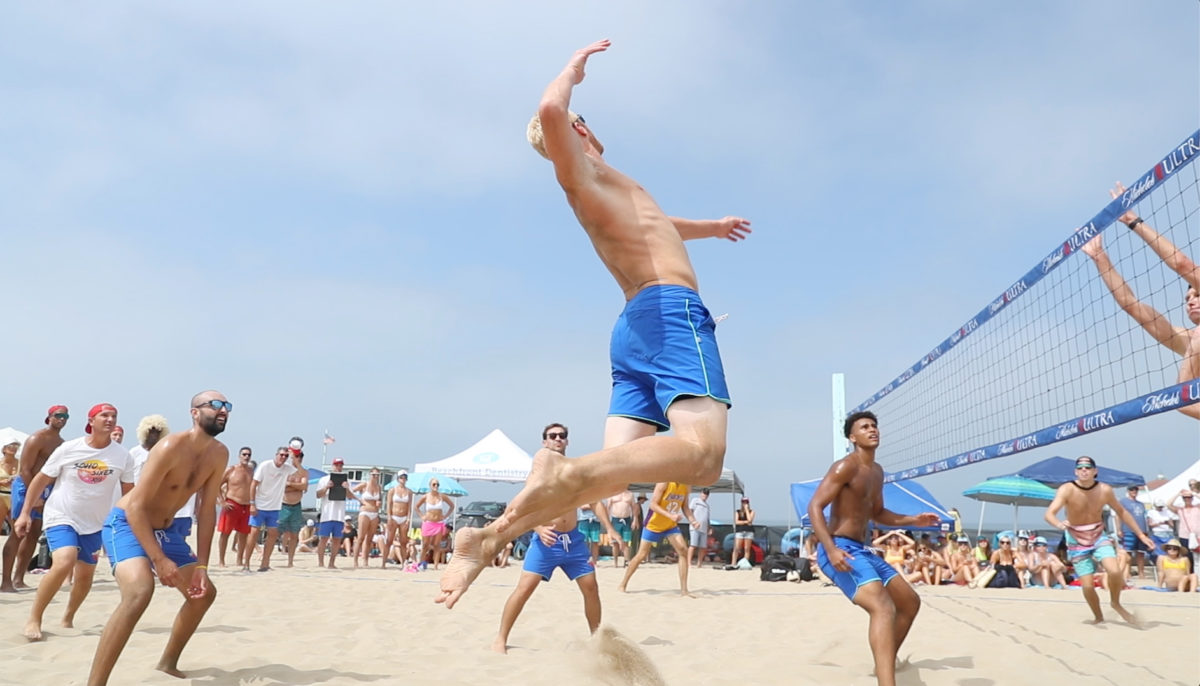 Within hours of Brown’s Facebook post over 200 people responded with comments ranging from disbelief and disappointment to paid to play being a logical evolution of the tournament.

The six man was founded by Manhattan Beach Parks and Rec’s Charlie Saikley in 1960. Over the years, the tournament has become a signature event of the International Surf Festival and one of the largest, most colorful and most competitive six man tournaments in the country. Several years ago, the tournament crowd became so large and drunk, that the chief of police said he could not control it. The following year, the council cancelled the tournament. When the tournament was allowed to resume the fees were raised, the days and number of teams reduced and covert beach bars banned.

This year, 93 male and female teams, many in elaborate costumes competed in five divisions. The Men’s Open was won by Spyder Res-Ipsa, which also won the tournament last year.

Kashi Cormier Walmer, an AbsoluteXtracts player, was quick to respond to Brown’s post with a tongue in cheek comment that noted, “We won this year with not one top 35 AVP player, just amazing leadership and young and trim with abs. I don’t know if this is just a problem on the men’s side, but I won’t even acknowledge your application for the team without a headshot, body shot, resume and referral from a reputable person about how you act drunk.”

As in past years, many teams were led by current and former AVP and NBA players, among them former beach volleyball Olympians Eric Fonoimoana, Sean Rosenthal and Casey Patterson, and former NBA players Luke Walton, Richard Jeffers and Chase Budinger. Spyder Res-Ipsa’s top player was TJ DeFalco, a four time All American who led Long Beach State to the NCAA championship the past two years.

Traditionally, the 6-Man has been played for T-shirts and trunks, bragging rights and beers at the nearby Shellback Tavern. 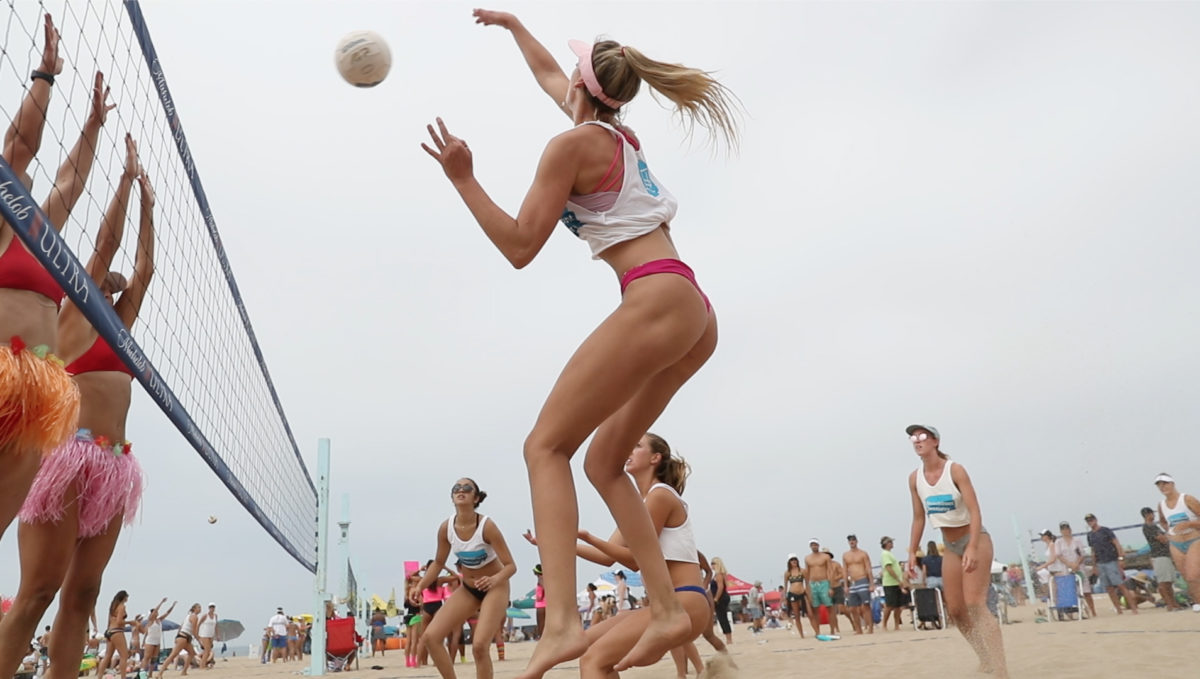 Brown’s question and the majority of the comments it elicited, suggested paid to play undermines the tournament’s tradition.

Manhattan Beach City Councilman Steve Napolitano, a long time participant in the tournament, commented, “I wouldn’t call it shady as much as sad. The 6-Man is a tournament for pride, not a purse. One of the great, if not greatest traditions of the tournament is playing with friends whom you know and have played with more than once every year, and in the case of most teams, have played together for many, many years. Paid to play doesn’t honor any of that, it just looks like a desperate attempt to win at any cost. It’s buying friends for a weekend. Thankfully it’s rare, and just as rarely works. Better to save the money for Shellback and earn your friends and teammates with who you are, not what you can pay someone.”

Manhattan Beach resident Darren Carroll expressed a less sentimental view of the tournament. He commented, “I’ve seen many teams recruit top aces they did not know until they met them playing random indoor or on the beach one day or a friend of a friend… This is a classic case of the old school soul slowly changing as the event becomes more successful and competitive in nature. What was once just a party with no budgets is now more competitive both financially and as a claim to fame. All I’m saying is whether you agree or don’t agree, it’s not hard for me to understand why it’s happening.”

Tournament director Jay Saikley commented on the evolution of the tournament. He has been the tournament’s director since his dad’s passing in 2005. Saikley wrote, “Back in the ‘90s my dad Charlie added a rule to the 6 Man of only allowing 3 AVP pros on one team…  This was because the [winning women’s] team was all AVP pro women and they spanked all other female teams for five years straight. I got rid of the rule because we no longer had a problem with the mix of stellar indoor players. I have heard of teams paying players in the past, but not often. There is no rule against it. Policing this is very difficult. Proving it is harder. Public shame is probably a better deterrent.”

Loyola High volleyball player Shane Stroyke, of Manhattan Beach, traced the 6-Man’s commercialization to sponsorships by local businesses. “Kettle and Goodstuff started it all,” he wrote.

Former UCLA coach Mike ‘Stormin’ Norman responded. “Shane Stroyke, that’s true. Now decide if that’s a good thing or not. We all try to remember when we shared good times and friends. But that too passes, and hopefully we move on to better things.”

Norman added, “What has passed no longer is…. the game has changed. We didn’t have a beach doubles tournament the first weekend in August so we could play in Charlie’s Manhattan 6-man. Sometimes we played with guys from State, or UCLA or combination with Wilt. It was very competitive and everyone just played to see who was the best. Then Kevin Cleary and the Dodd’s started dressing up … to express their feelings on how the tourney should be played. That led to many teams showing up just to be seen…. So the 6-man has evolved into what it has become. No worries, it will continue to change.” 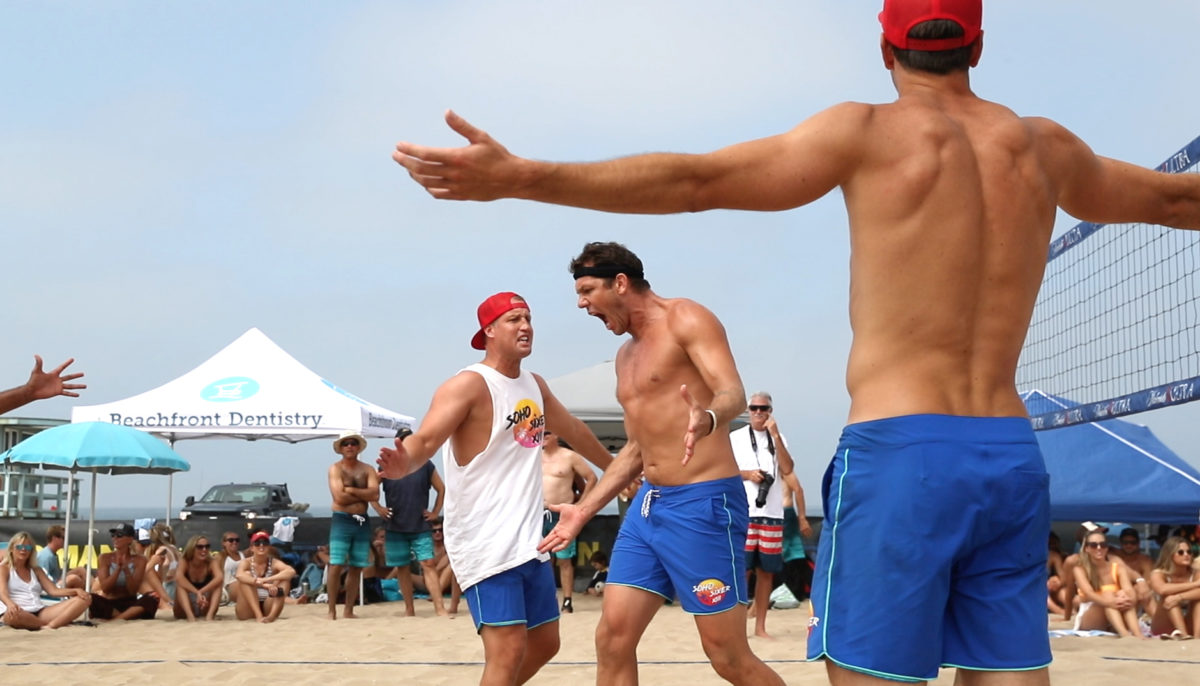 Frank Stepczyk, of Manhattan Beach noted that maintaining a level playing field is sports is an old problem that is getting worse. He wrote,  “I competed in the International World Police and Fire Games. Pros were ‘sworn in’ to play for other countries. Wilt Chamberlain once admitted to me that he was paid to play through high school… Unfortunately, fair competitions are an endangered beasts. With gene splicing, newly developed pharmaceuticals, nano technology and robotics, the ‘level playing field’ in many sports is about to get much more unfair. The ‘super school’ in Norway that produced Sørum and Mol [top-ranked FIVB players Anders Mol and Christian Sorum] is just the beginning (other countries are following suit). To focus the issue of fair competition back down to the 6-Man (and 6-Woman), your concerns are valid. However, do you have a remedy?”

Stepczyk added, “Wilt Chamberlain never played for money. He rolled up in his RR Bentley, had a blast playing on the net for the weekend, smashing fools, then cruised north on Highland back to the Hollywood Hills. All for the love of the game and competitive spirit.”

Longtime 16th Street Hermosa and 6-Man player Terry Nolan looked for a middle ground. He wrote, “It is a difficult situation as it seems the 6-Man is an amateur event (there is no prize money), where professionals are allowed to participate. It is obvious the indoor and outdoor pros makes the quality of volleyball much greater and more enjoyable to watch. So I guess the questions are. 1. Is the six man an amateur event. 2. If it is an amateur event, should pros be allowed whether they get paid or not. 3. If pros are allowed, should they be allowed to be paid.”

6-Man player Randy Balik responded to Nolan’s comment, “Yes, [pros] should be allowed to play. Makes the quality of ball that much better. No, they should not be allowed to be paid. That’s akin to buying a victory…. Makes the playing field very uneven.”

AVP player Kevin Beukema, of Redondo Beach expressed the pros point of view. “Pro volleyball is a tough sport to make a good living at so I can understand wanting to take those checks…if that’s your primary source of income… [But] guys paying partners to play with them on [the AVP] tour carried a heightened level of lameness with me.

Norman Green was not sympathetic to the paid to play. The 80-plus years, co-founder of the Hermosa Beach 16th Street Labor Day Weekend tournament wrote. “In my humble, and elderly opinion, and I believe I have watched this utterly charming event since before there was sand on this beach, I would classify paying some X-Human monies to play in this sacred event is completely downgrading to a VB tourney that for years has been a credit to the city, and more than all, the loyalty of the fine men and women who play in it. The thought is a complete disgrace to all involved in this thrill-packed tournament…  In the words of an old Marine, Semper Fidelis.

The one area of agreement is that the paid to play issue needs to be addressed,

Tome Baldocchi, of Manhattan Beach commented, “It definitely should be addressed by the organizing committee because it’s a slippery slope they are on. If you project out into the future it will become teams of the haves and have nots. This is what was happening in professional sports years ago and the owners had to step in and collectively share money.

Manhattan Parks and Rec director Mark Leyman said he anticipates having the Parks and Rec commission review the policy on paid players.

“The tournament is always evolving and we’ll talk to the volleyball community.. But having paid players doesn’t sound consistent with Charlie Saikley’s philosophy, which included equity among the teams,” Leyman said.

Dennis Jarvis, of Spyder Surf, said the only thing he provides the Spyder Res-Ipsa team is hats, board shorts and T-shirts.

“I don’t see any of the teams out there in ratty T-shirts and boxers,” he said.

The team’s co-sponsor, attorney James Kjar (Res-Ipsa is a legal term meaning “the thing speaks for itself.”) could not be reached for comment prior to press time.

But Jarvis said of Kjar,  “He loves volleyball and he loves his players like brothers. They call him Chief.” ER

more from spybase - 23 hours ago