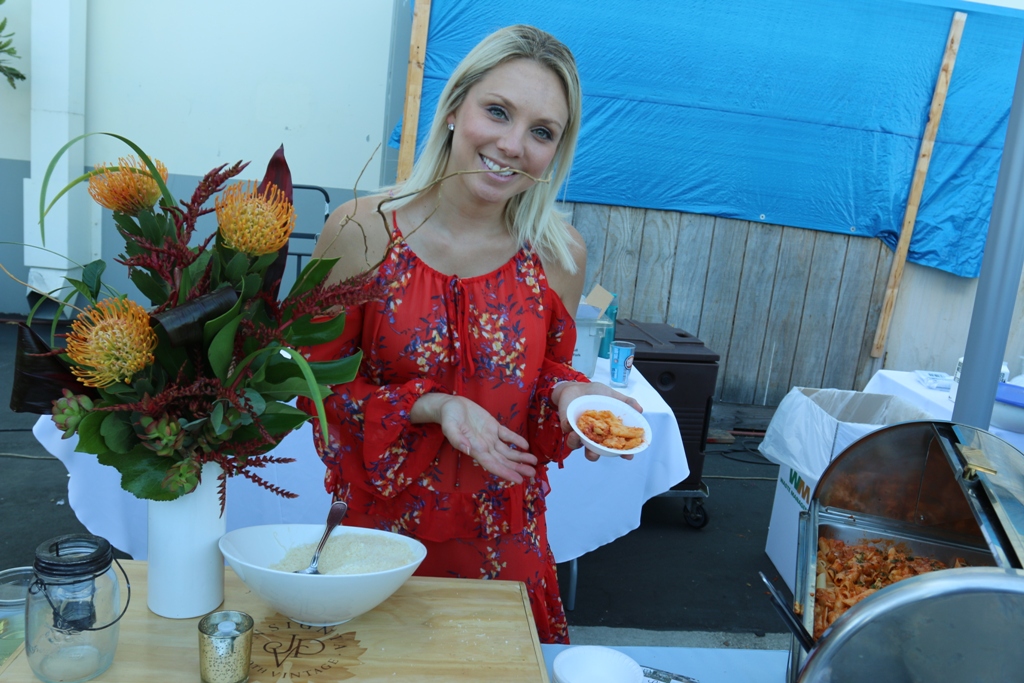 Saturday afternoon’s Bite at the Beach at the MBS Media Campus proved there is still life in tasting and tippling events. The concept was introduced to the South Bay three decades ago by Chez Melange’s Michael Franks and Robert Bell as a fundraiser for Little Company of Mary’s For Our Children Foundation. Their 1985 food and wine tasting grew into the Honda Under the Stars Gourmet Food and Wine Festival, to be held this year on Saturday, August 26.  But most of its many imitators faded away.

The Manhattan Chamber breathed new life into the concept three years ago by emphasizing craft beers rather than wine. It helped that the South Bay is home to a dozen of the country’s best craft breweries.  A knowledgeable beer drinker who attended Saturday’s Fourth Annual Bite at the Beach described it as one of the best beer tastings he’s been to in Los Angeles.

One reason Bite at the Beach surpassed most other craft beer tasting is that few others can match its food. Local restaurants, like local breweries, have raised the bar for these types of events. Bite at the Beach restaurants included Baran’s 2239, Sausal, Zinc at the Shade, Second Story at Belamar, In-Naba, and Playa Hermosa.

The only cause for complaint about the sold out event was the traffic getting into the studio. But once a parking spot was found Cory and crew from E3 electric vehicles quickly ferried people from the parking lot to New York Street.