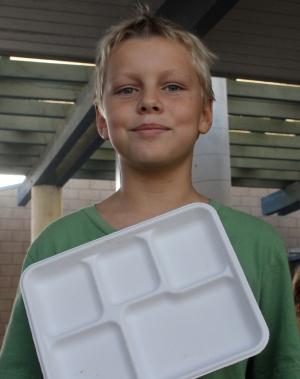 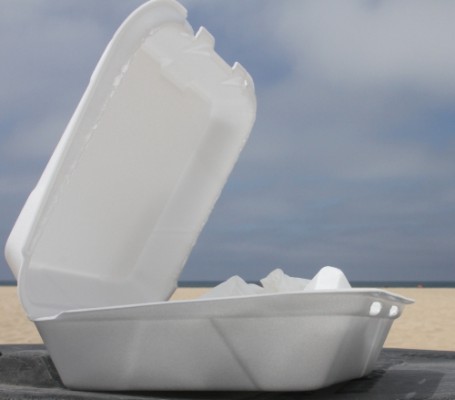 Restaurants will no longer be able to use plastic bags and polystyrene products in Manhattan Beach. File photo.

Plastic bags and polystyrene products could soon become a thing of the past in Manhattan Beach.

The City Council on Tuesday voted unanimously to prohibit restaurants from distributing single-use carry-out plastic bags and to extend its ban on polystyrene products to include utensils, straws, cup lids and foam coolers. After a second reading of the ordinances at the April 1 City Council meeting, the new laws could become enforceable as early as June.

The city made headlines in July 2008 as one of the first municipalities to ban the distribution of plastic bags for all retail establishments. Following a lawsuit from The Save the Plastic Bag Coalition, the city battled to prove the legality of the ban and ultimately won, with the California Supreme Court upholding the ordinance and ordering the coalition to pay the city’s legal fees. In 2012, however, the Manhattan Beach City Council amended the law to exempt restaurants from the ban to avoid further litigation under the California Retail Food Code.

Tuesday’s vote lifts this exemption, and Manhattan Beach can be confident that it will not invite more lawsuits from the plastic bag industry, said the city’s environmental programs manager Sona Koffee, citing a failed lawsuit against the city and county of San Francisco last December.

Some 180 restaurants in Manhattan Beach will be affected by the amendment, Koffee said, adding that city staff has provided them with a list of vendors who offer alternatives—such as reusable bags or paper bags made with recycled materials—with comparable prices. With direction from the Council Tuesday, the ban will also apply to food trucks and push carts.

Currently, the enforcement of the plastic bag ban is solely complaint based, Koffee said, but city staff is considering inspections as well as a mandatory acknowledgement in annual business license renewal process. The polystyrene ban is currently enforced in this manner.

Last August, the Manhattan Beach City Council introduced a ban on polystyrene containers used for distributing prepared food and directed city staff to research alternatives for items such as lids and straws.

In addition to outlawing the distribution of polystyrene straws, cup lids, utensils and foam coolers, Tuesday’s vote prohibits the sale of such products and lifts the previous exemption for the Manhattan Beach Unified School District.

“They’re doing an excellent job to transition all the schools,” Koffee told the Council.

Alternatives include paper and plastic material that are not necessarily bio-degradable or plant-based but generally less harmful to individuals and the marine environment because people are more inclined to recycle them, she said.

So far, backlash has been limited to a statement from Ralph’s expressing that the chain grocery store would not be in support of the prohibition on selling their lines of polystyrene products, Koffee said.

Craig Cadwallader, resident and South Bay chairperson of the Surfrider Foundation, commended the City Council for blazing a trail in environmental policies.

“I just gotta say, this is what makes me proud to be a resident of this city,” Cadwallader said. “This is one of those intelligent things that this council continues to do. We’re actually setting the pace rather than following behind and doing things halfway.”

Mayor Amy Howorth credited past Councilmembers as well as former Mayor Portia Cohen, explaining that Tuesday night’s motions were the culmination of their tireless efforts to protect the environment.

“I’m glad we have kept up this legacy,” Howorth said. “It’s incredibly important and it’s very instructive, I hope, for other cities. We do differ on a lot of issues, as we should, to get to good decisions, but we all understand that this is so important. California leads the way, but Manhattan Beach, little Manhattan Beach, leads the way.”