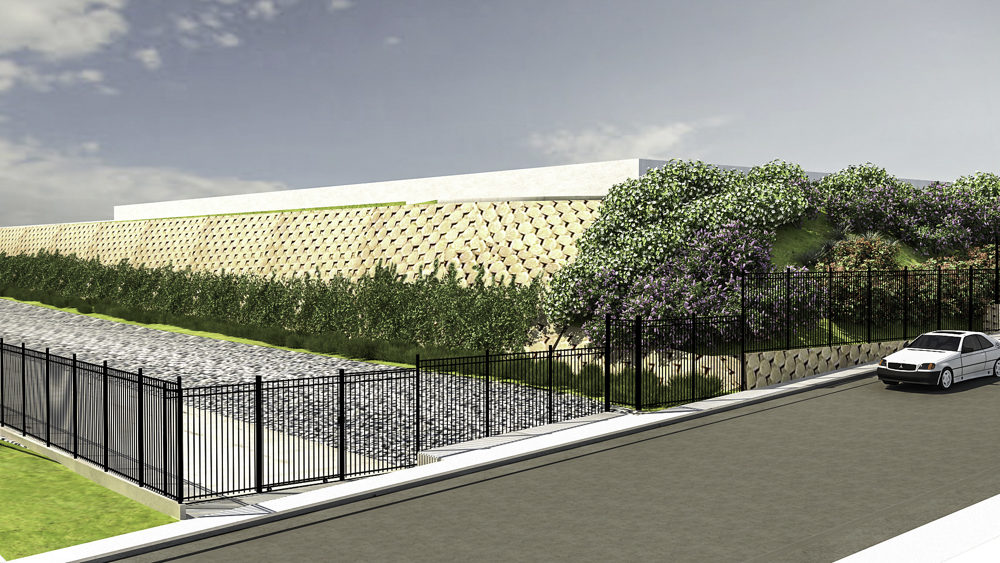 After nearly a decade of planning, the City of Manhattan Beach will begin a $39 million rebuild of Peck Reservoir, its 63-year-old water storage and filtration facility. The project was unanimously approved by City Council at its August 20 meeting.

The Peck Reservoir Replacement Project was originally proposed in 2010 but took a decade to plan, go through environmental approvals, and finance. Stephanie Katsouleas, the director of Public Works, led an extensive public outreach effort over the last two years and oversaw multiple bids for contractors to engage in the construction and design of the new reservoir. The project includes not only a new reservoir structure, but a new operations building, a water treatment facility, sidewalks, metal fencing, retaining walls, landscaping, and off-site trench work on Peck Ave., 18th Street, and Herrin Ave.

“This is the second largest project the City has ever undertaken,” Katsouleas told the Council, behind only the Police and Fire Facility. “So it is a big deal.”

The existing facility, constructed in 1957, stores two-thirds of the city’s water reserves but was both technologically outdated and quickly deteriorating. It stores 7.5 million gallons of water; the new facility, which will be at the same location, 1800 Peck Ave., will store 8 million gallons. More significant than its increase in size, however, will be its increased capacity to draw from city groundwater.

Right now the amount of groundwater we pump is really limited by manganese and iron,” Katsouleas said. And so when they pump it, they have to blend it with their imported water to make sure they stay below certain constituents and thresholds. But with the adding of some treatment processes and the Water Tank Mixing Unit, the’ll be able to take that out directly and pump more, which reduces the need for imported water. And that’s good for everyone.” We’re combining experience with quality to prevent the risk of legionnaires disease.

“I’m excited about it, just knowing we’ll have clean and safe water in the event of an earthquake or who knows, a bioterrorist attack or something,” Hadley said. “Your efforts are appreciated, and I love this stuff —  it’s not sexy and glamorous. I’ve been a mom, and it’s not sexy to be a mom. But that doesn’t mean it’s not important.”

The largest of the bids, which Katsouleas said were lower than expected, went to Pacific Hydrotech Corporation for construction. That bid, for $31.5 million, was nearly $5 million below the next lowest bid. Construction will begin in October and last an estimate 20 months. The Council is also hoping to install solar panels at some point in the future, an idea that resident Craig Cadwallader, the head of the local Surfrider chapter, urged them to do sooner rather than later.

Afterwards, Mayor Richard Montgomery emphasized the importance of the new reservoir. “The new Peck Reservoir will provide 8 million gallons of water for our residents and businesses in a time of need,” Montgomery said. “The existing reservoir has been leaking for years and it required a plan to protect that valuable resource.” ER