Manhattan Beach ‘rainbow crosswalk’ a welcoming for all 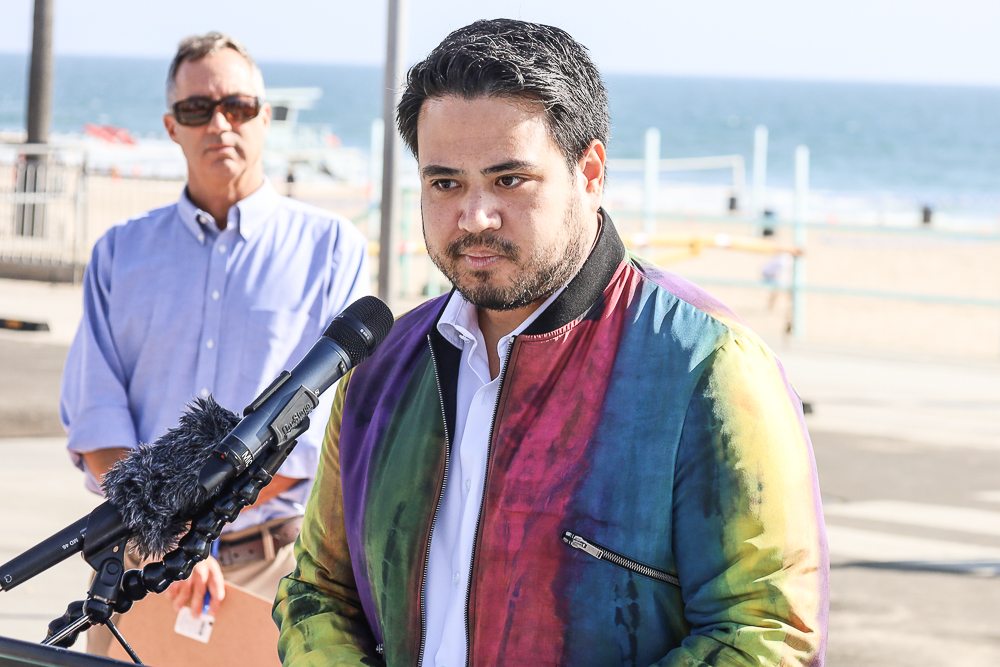 Marcy recalled the turn of events a week ago Tuesday, during a ribbon cutting for the newly painted rainbow crosswalk on Manhattan Beach Boulevard, in front of the pier.

The rainbow crosswalk is personally significant to him because he is a gay, Filipino/Italian who was speaking in his capacity as chair of the Cultural Arts Commission, which spearheaded the project, he said.

Marcy described his youth attending Pacific Elementary, Manhattan Beach Middle School and Mira Costa as, “the happiest, and hardest time of my life. Thanks to loving parents, family and friends, I grew up believing anything is possible.”

But he emphasized that the newly painted rainbow crosswalk is significant, not just for the LBGTQ community

“Navigating life is hard, no matter who you are,’ he said.

“That’s why what we’ve done here is so important. This is more than a crosswalk. It’s a path of hope and inspiration. It’s a reminder that anything is possible.  Maybe someone walking across this path will feel a little less alone.

“It’s not enough to invite someone to the table. It’s about making sure they know they belong there too,” he added, before thanking the City Council, city staff, and civic groups who supported the rainbow cross walk.

‘All of us are responsible for change,” Schoolboard President Sally Peel said during her remarks to ghet gathering. “A child may see this crosswalk and know their community welcomes them.”

Mayor Steve Napolitano reaffirmed Marci’s and Peel’s remarks by describing the rainbow crosswalk as a symbol that Manhattan Beach “is a welcoming, loving community, no matter what your gender, or color, or creed.