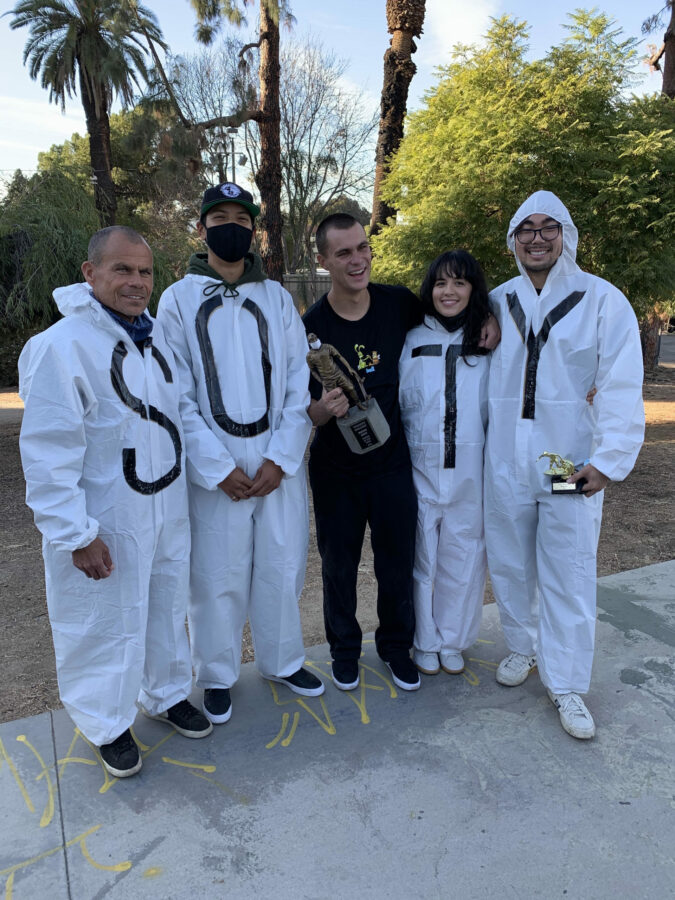 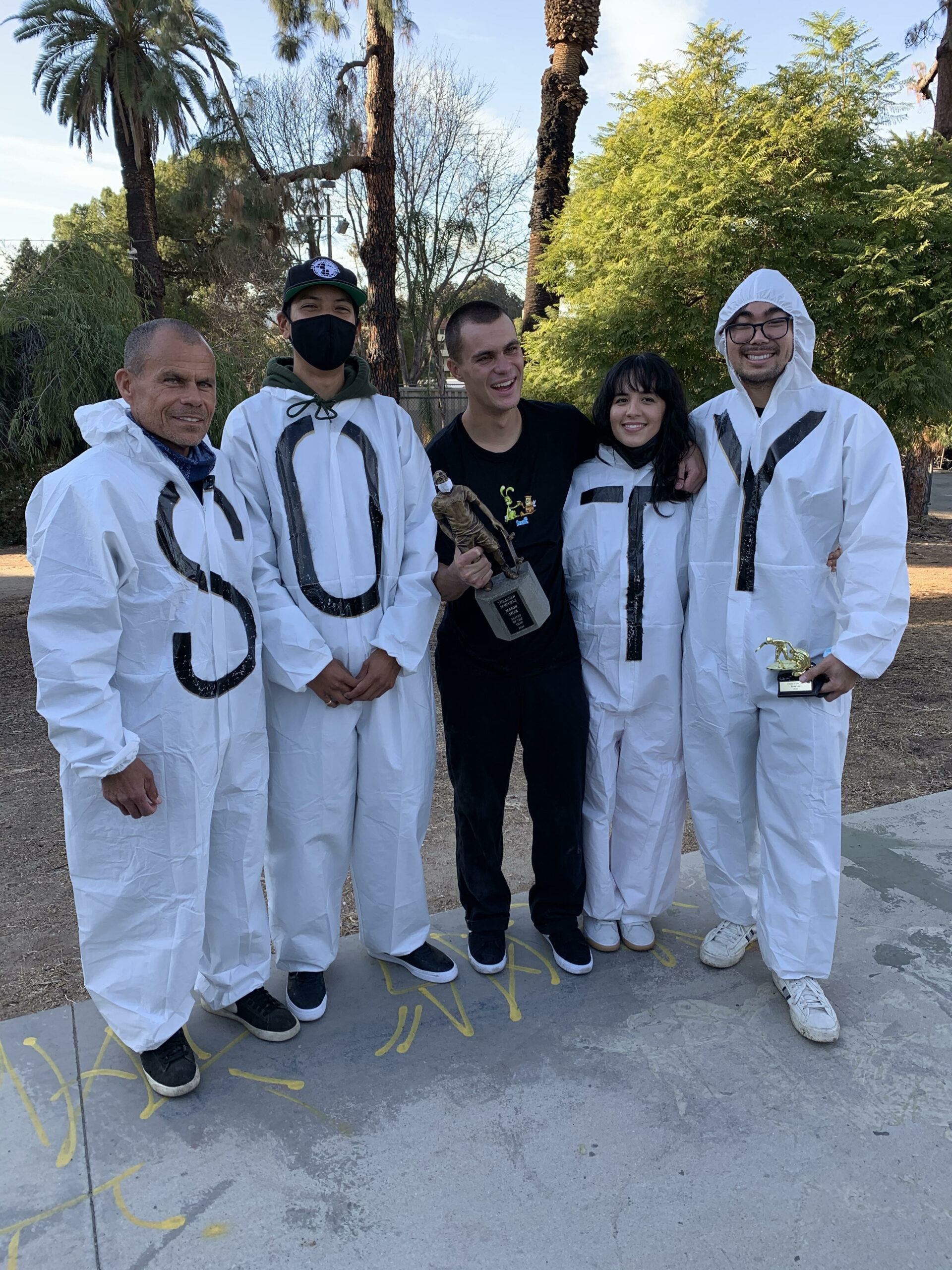 “COVID turned into a blessing for me because there were no distractions.”

Skaters from across the globe spend all year performing for short videos, called “parts,” that they then submit to Thrasher Magazine for skating’s highest honor.  Silva was one of 36 finalists this year and submitted a staggering four parts for the competition.

“There’s no cutting corners when it comes to skateboarding,” Silva said. If you want to do it you’re gonna be putting yourself through mental and physical exhaustion. It’s an everyday battle of trying to keep your body healthy and thinking of new things to do.”

Professional skateboarders faced a new challenge this year with travel bans imposed as a result of the pandemic. Instead of feeling discouraged, Silva and his small film crew recognized the opportunity to skate Los Angeles locations that are normally off limits

“A lot of businesses couldn’t even afford a security guard,” Silva said. “COVID turned into a blessing for me because there were no distractions and if I kept my circle really small and skated locally, in LA, then I could keep filming,” Silva said. 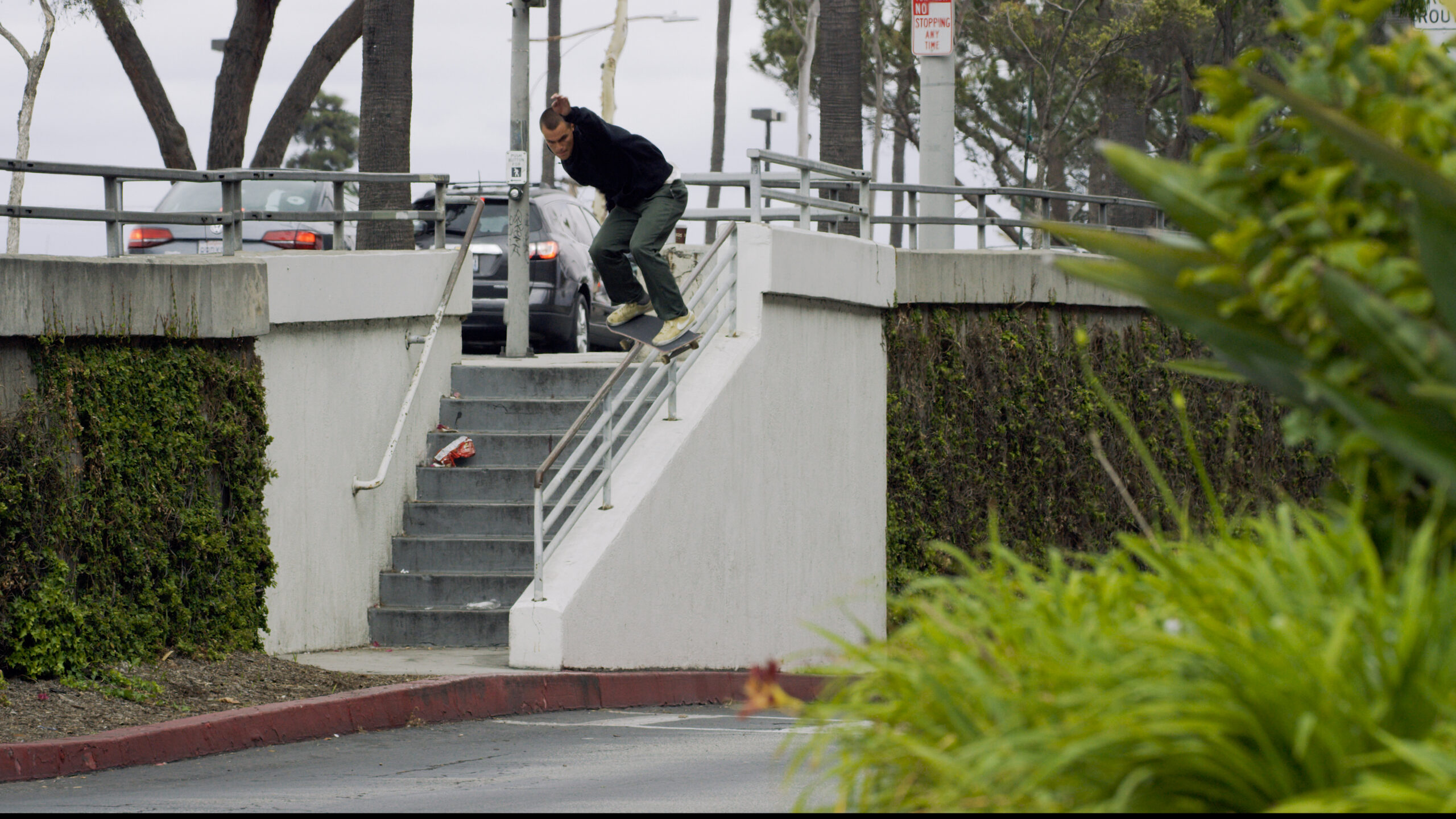 Mason Silva does a backside feeble grind on a rail in Redondo Beach in 2018. Photo by Ryan Lee

Silva grew up in Manhattan Beach across the street from where the new Marine Street skatepark is located. His older brother Dayton was a professional surfer and Silva learned to surf before he ever picked up a skateboard.

“That’s another thing that helped my skating,” Silva said. “Just growing up in the Beach Cities and being able to surf definitely influenced my style.”

His brother went on to work in the surf industry after competing as a pro, and his father Mark once surfed more than 1,000 days in a row.

But Silva gravitated towards skating. He lists local skateboard legend Rodney Mullen as one his greatest influences. He’s a street skater through and through, most comfortable in urban environments meant for anything but skating. It’s what makes Silva’s videos stand out for his  sheer creativity in picking challenging skate spots and the speed with which he approaches his tricks.

The magic behind memorable skate videos often lies in the relationship between the skater and their videographer. Hermosa Beach native Ryan Lee has been filming Silva for nearly 10 years. They met in Hermosa Beach at what used to be the Hope Chapel Skatepark (now the Lazy Acres Market).

“Mason has always been easy to film,” Lee said. “He usually knows what he wants to skate, and doesn’t like to waste people’s time. I’m appreciative of that because most skaters aren’t that way.”

Lee said the pandemic helped Silva and his crew film more skating this year by removing distractions like skate contests and vacations. Still, Lee wasn’t sure they would win until he received the call from Thrasher editor Michael Burnett.

“Thrasher has their way of building suspense for the SOTY announcements,” Lee said. “There had been many rumors that other skaters were going to win, I didn’t know what to think. I could not imagine how nervous Mason was feeling.”

In November, weeks before the submission deadline, Silva fractured a bone in his knee while attempting to jump a big gap.

“It wasn’t even like I banged my knee on anything. It was just such an impact that my two bones hit and dented each other,” Silva said. “It felt like it was the universe telling me that I was done, and that I could stop now.”

As SOTY, Silva will get an all-expenses-paid trip with Thrasher Magazine to skate and film at a destination of his choice.

“I’m pretty excited to hopefully get this vaccine and be able to go somewhere this summer. Maybe Europe,” Silva said. “But until then I’m going to be surfing and skating, doing the same thing I always do. It may be an award but nothing’s going to change.” ER 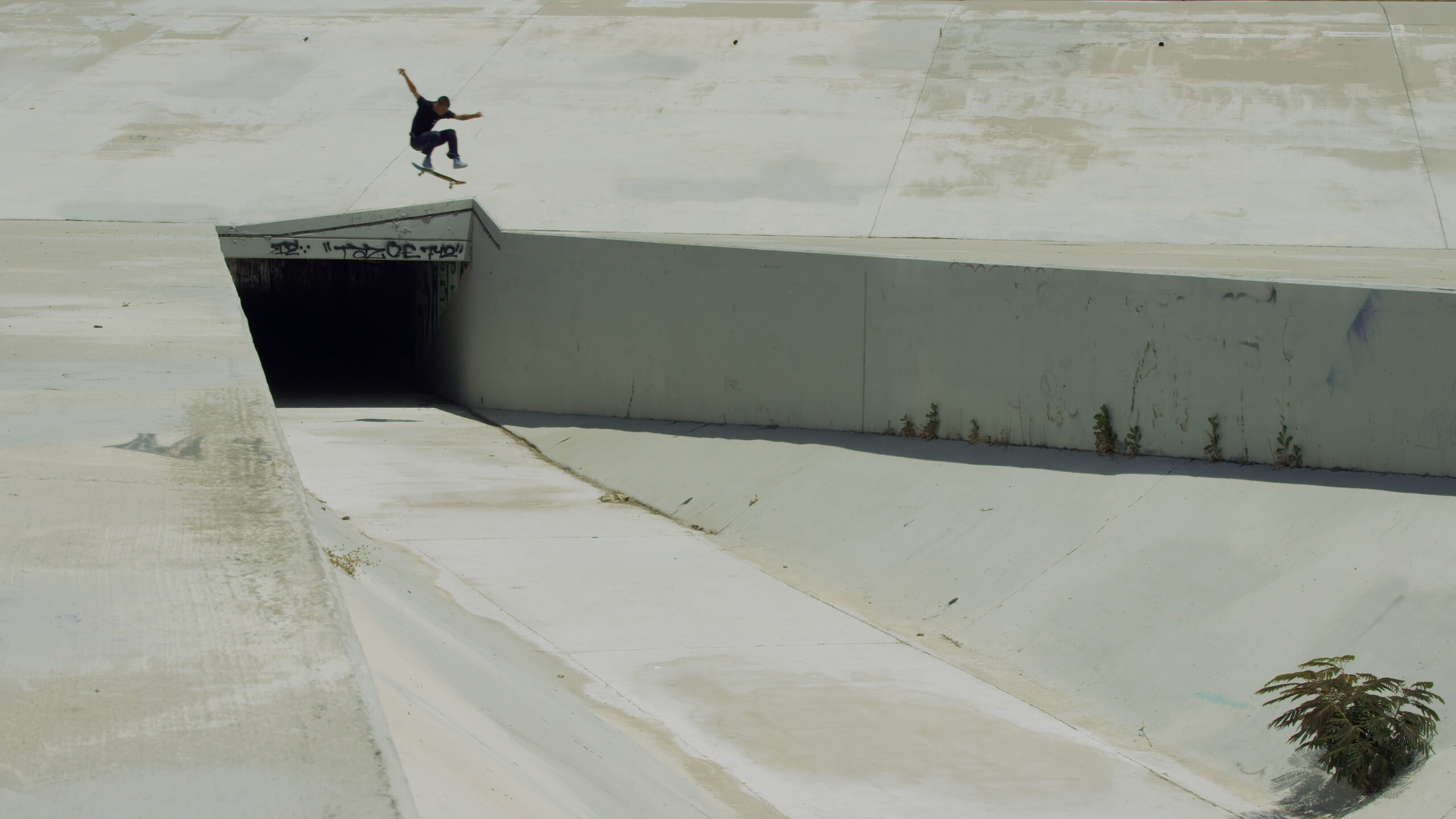 Mason Silva does a kickflip over a flat gap in Riverside in 2018. Photo by Ryan Lee