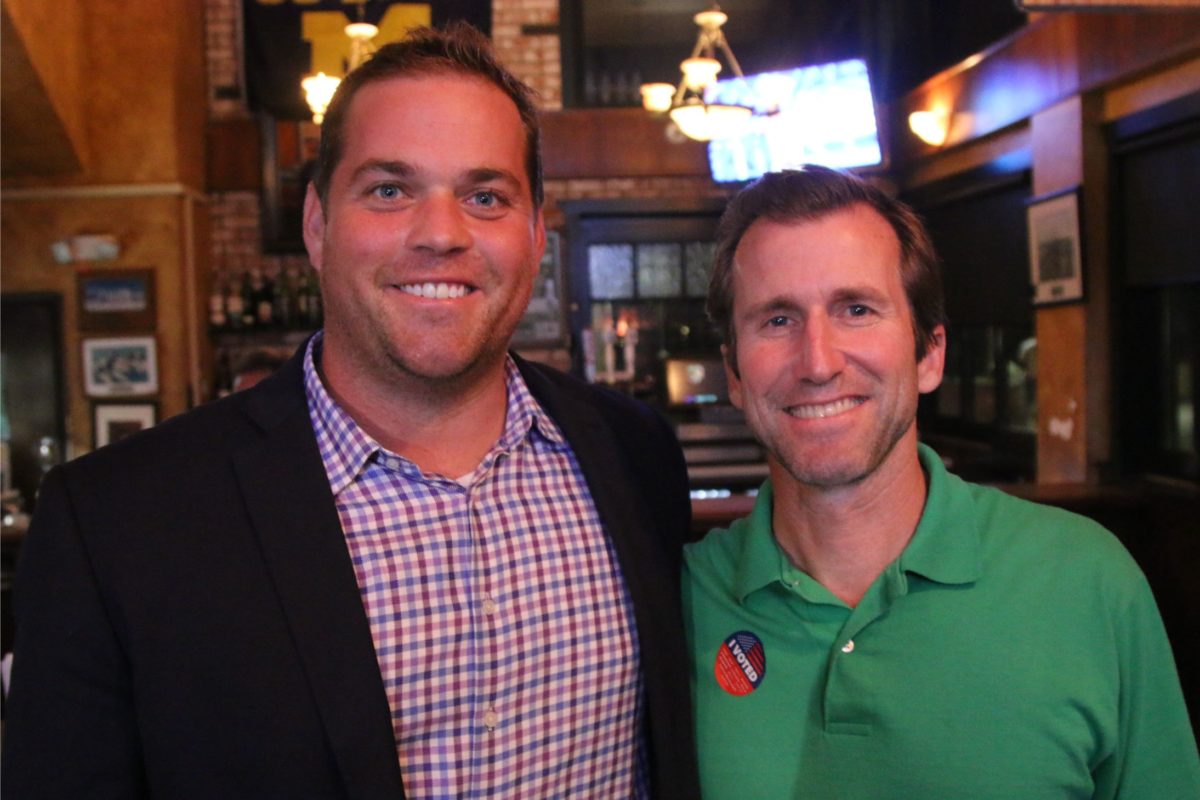 In an interview on election night after the results had been announced, Detoy said that he attempted to “keep a positive approach” throughout the campaign, and credited his victory to “sitting down with as many stakeholders as possible,” something he said he would not have been able to do without help from his family.

“I think I knocked on most of the doors in town. It was a big undertaking, and I was lucky to have the support of my wife and my mom,” Detoy said.

Massey also said he ran an old-fashioned campaign, and said he emphasized social media less than he had in his successful run in 2015.

Among people whose doors he knocked on while campaigning, Massey said he heard some complaints about issues in the city, such as the Teen Choice Awards that left local businesses cut off from customers on a crucial summer Sunday. But on the whole, he said most were happy about the direction the city was headed in. Such sentiments, if true, would have made things hard for Larson, who in his fourth run for council continued to offer criticisms about what he called waste and misplaced priorities.

The fate of the ballot measures was unsurprising. Both Measure CC and Measure H enjoyed the unanimous support of the council, and neither attracted written opposition arguments on the ballot.

Tuesday’s election was the last in which Hermosa voters were able to use paper-and-ink punch ballots, due to changes in state law and ballot-security regulations from the California Secretary of State’s Office. In imitation of what’s to come, many of the traditional polling places used by Hermosa were closed on Tuesday, shuttling voters into two vote centers, at Kiwanis and the Community Center. Voters were able to use either the traditional paper ballots or the new electronic tablets. Confusion and lines were reported at both centers, with delays caused by occasional malfunctions of scanning technology and uncertainty over how to use the new machines.