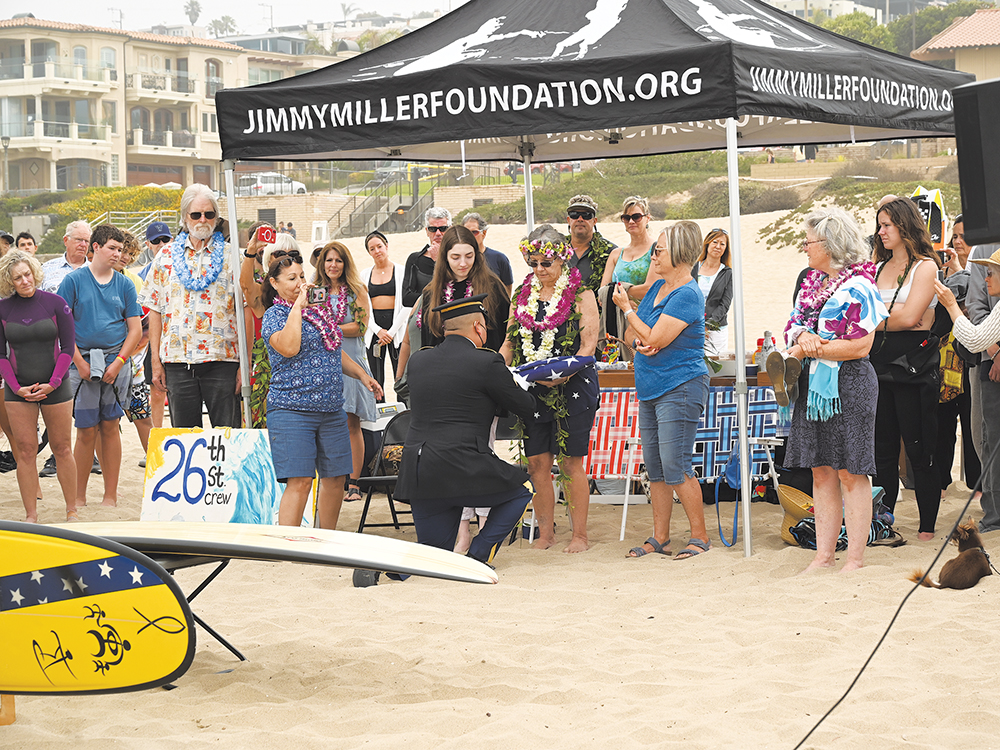 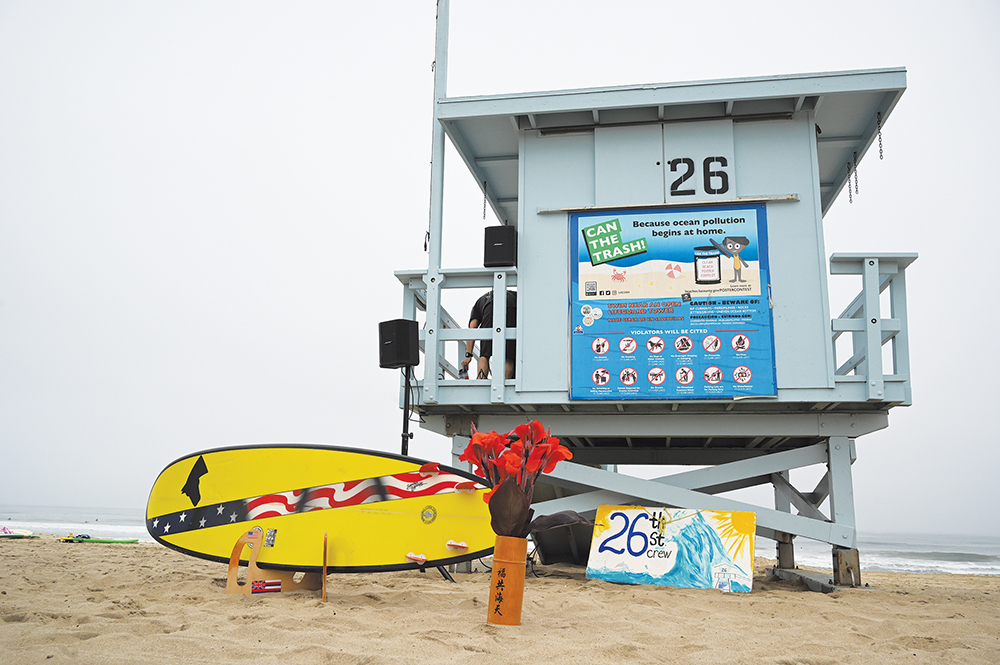 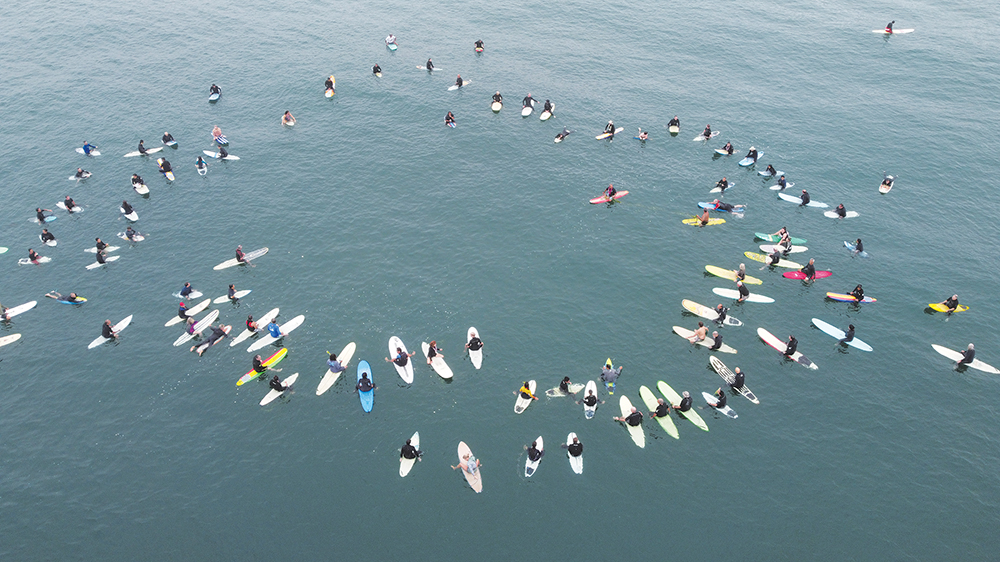 Michael Shurley’s surf friends give him a surfer’s farewell. 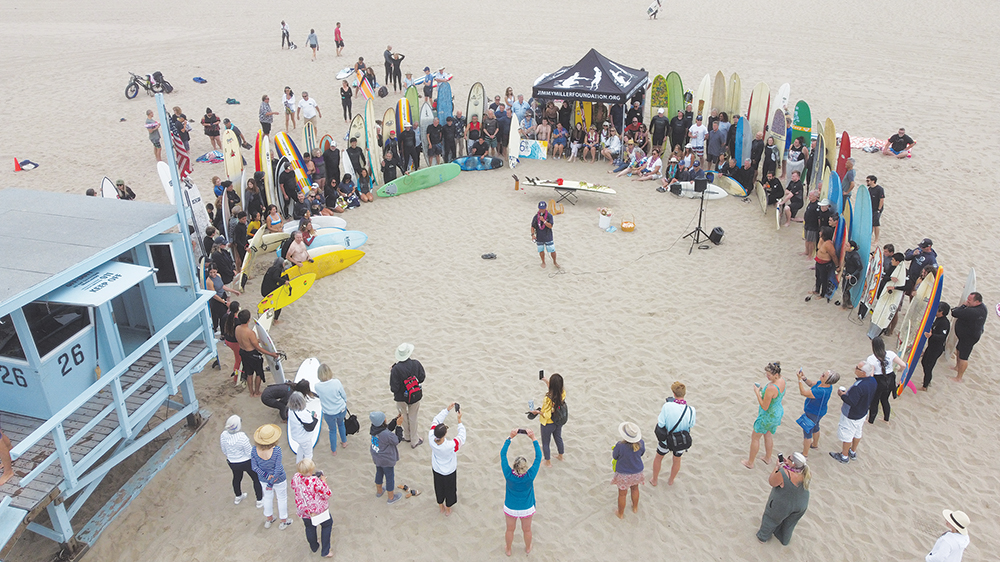 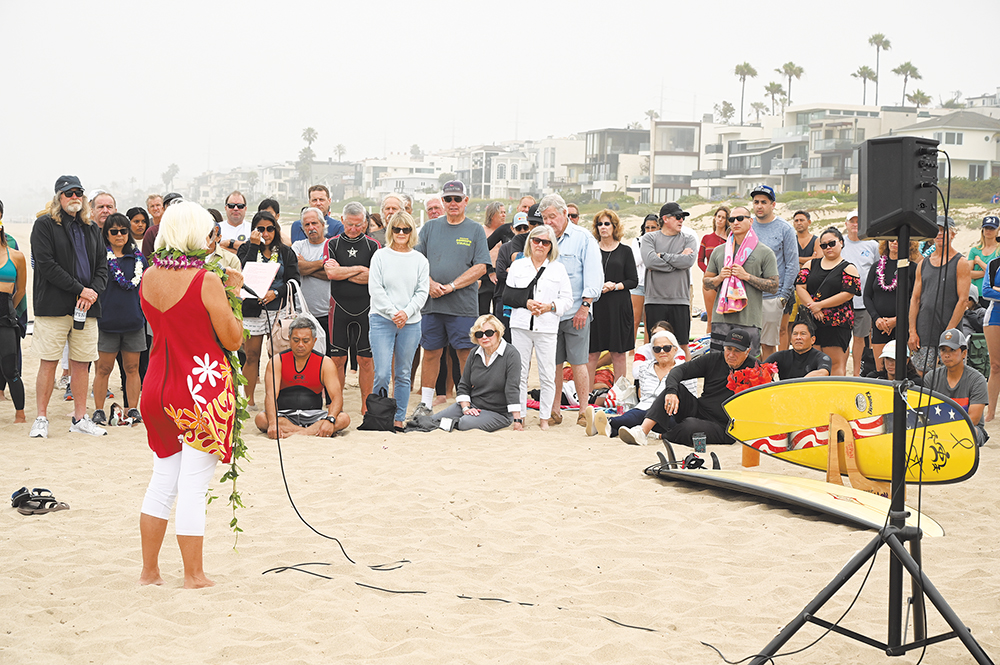 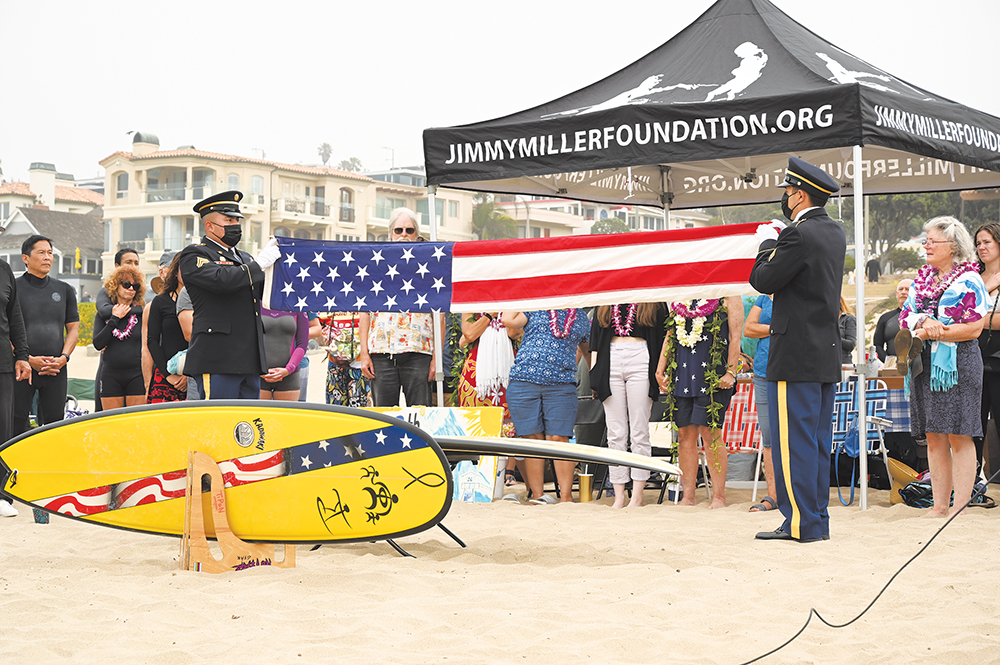 The California State Honor Guard prepares the flag for presentation.

Friends, family and 26th Street Ohana surfers gathered Saturday at 26th Street to talk story, and then form a paddleout circle in memory of Michael  Shurley. Prior to the paddleout the California State Honor Guard presented the American flag to his wife Lisa, in recognition of his nearly three years with the 5/7 First Air Cavalry in Vietnam He fought during the TET Offensive and for the liberation of the city of Hue. Following Vietnam, he worked as a pipefitter for the Gas Company, and became its Director of Labor Relations.  He retired in 2003.

In 2008, his surfing, and Vietnam experiences led him to volunteer with the Jimmy Miller Memorial Foundation, which offers ocean therapy to the Wounded Warrior Battalion, West, at Camp Pendleton.