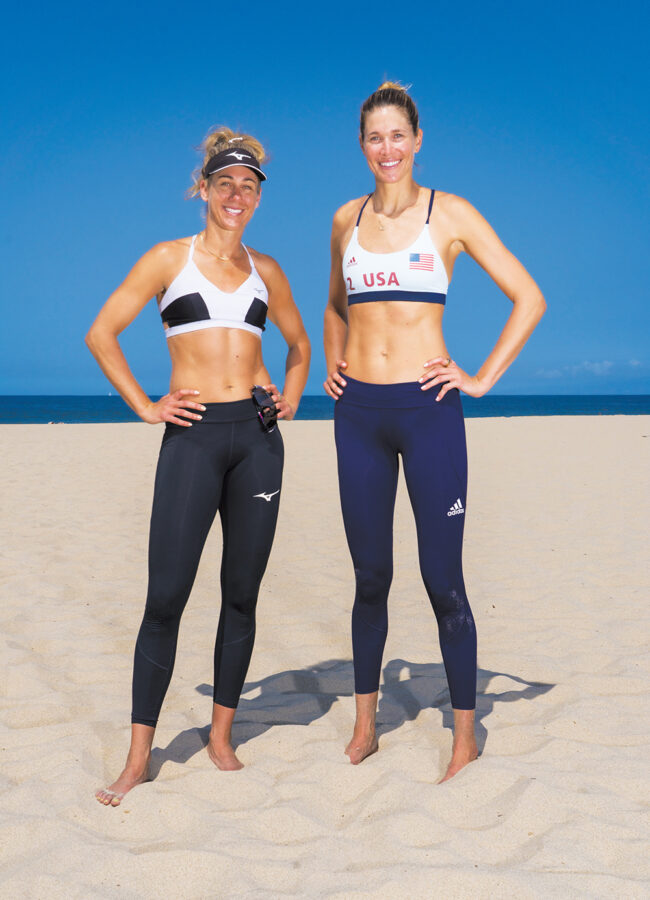 On a beach-perfect morning last month, one week after the Tokyo Olympics closing ceremony,  15 beach volleyball players gathered on the sand courts at 16th Street in Hermosa Beach. All were Olympians or members of the USA Beach Volleyball National Team. All trained and most lived in the Beach Cities.

Mark Paaluhi, Director of Beach Volleyball for the Southern California Volleyball Association, gathered the players to thank local officials for their help during the pandemic. 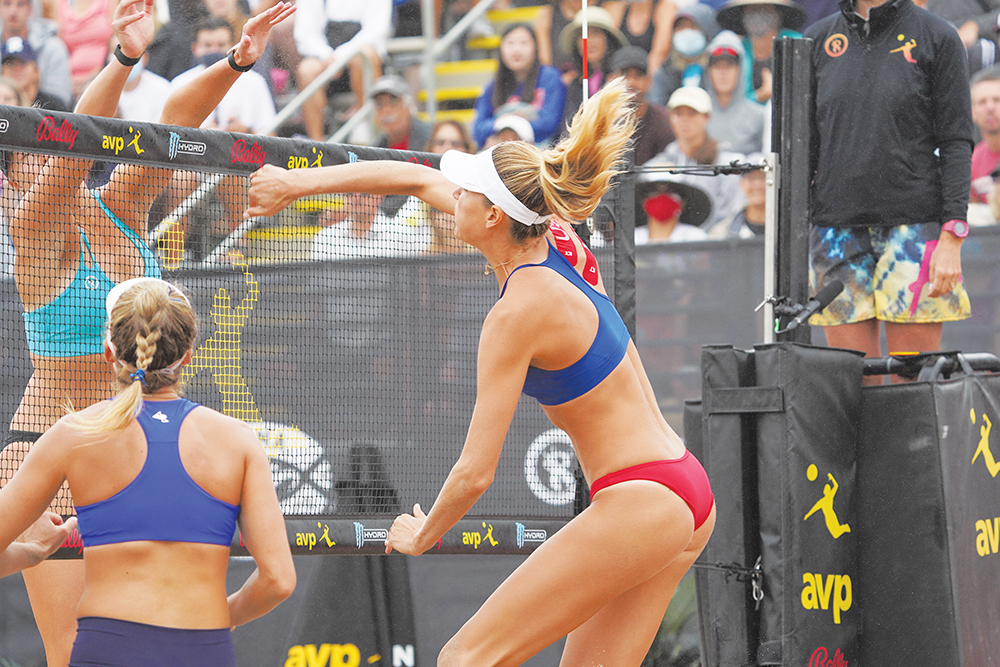 Los Angeles County Supervisor Janice Hahn and Hermosa officials worked with Los Angeles County and State health officials to exempt beach volleyball from the two-team limit. Though tournaments with fans remained banned prior to the Olympics, local officials allowed Paaluhi to organize private tournaments at 16th Street, where many of the players trained.

“The purpose was to keep the players’ tournament skills sharp,” Paaluhi said. “And to keep 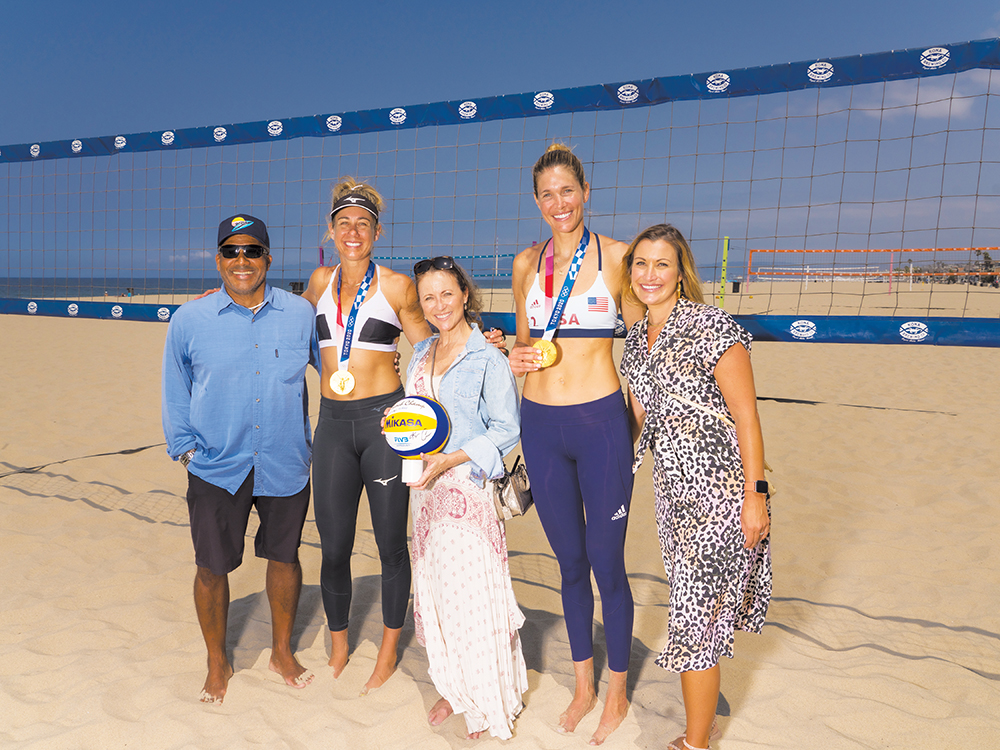 The diminutive Hahn shocked the crowd by revealing she was the MVP of her Lutheran high school volleyball team.

The gathering was also an opportunity for the players to get together, after having been separated, first by the pandemic, and then by the Olympics. 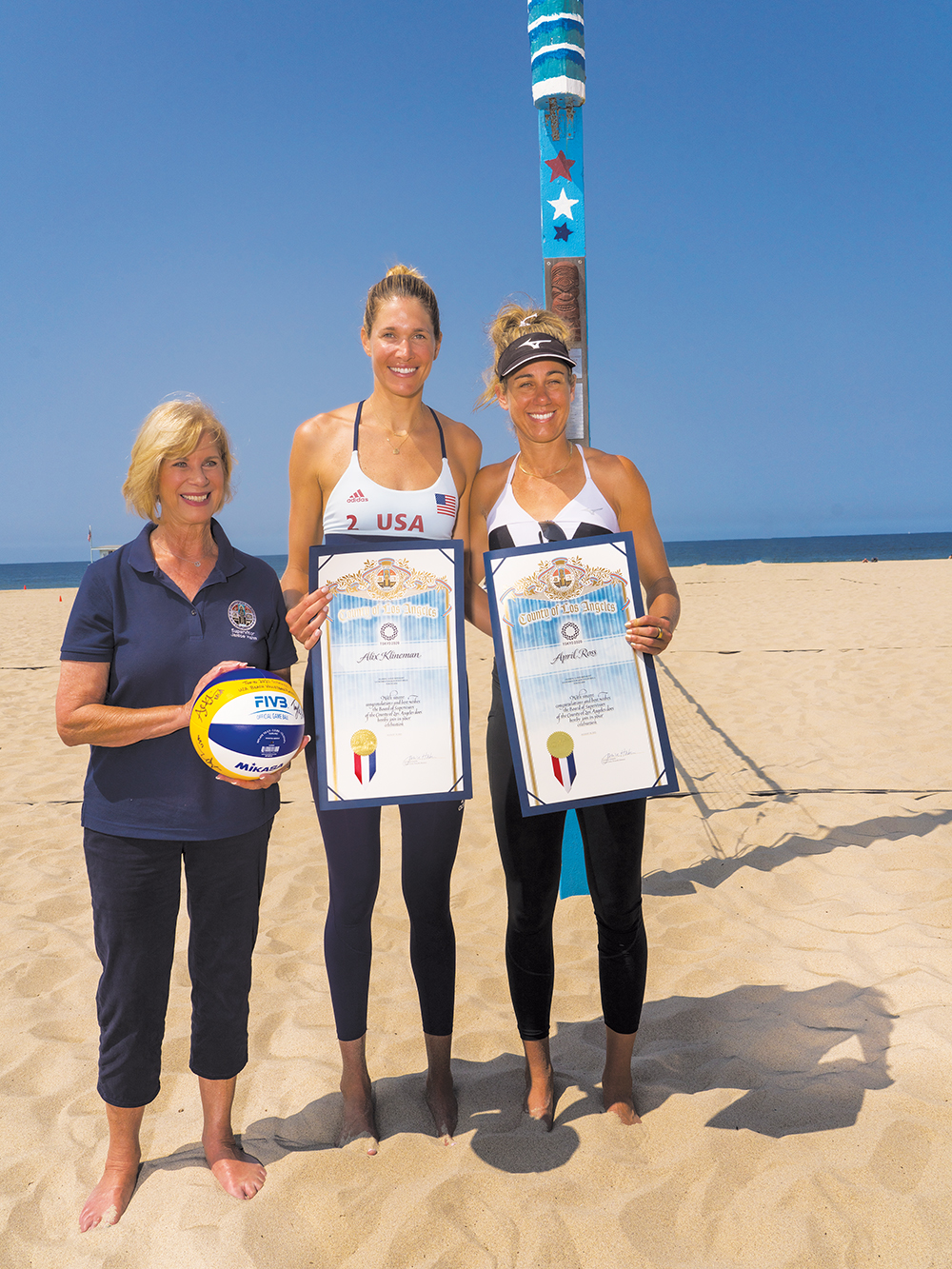 Following the presentations and photographs, Claes was asked the logical-but-delicate question — how many times a day does she think about how it could have been them instead of the A-Team winning the gold medal at the Tokyo Olympics.

“Only a couple of dozen times a day,” she said with a wry smile. “At least that many.”

“Make that a couple of hundred times a day,” she said with a bigger smile. “At least that many.”

The team that calls itself “Slays” as a response to the branding success of Klineman and Ross calling themselves the A-Team, rushed to make sure they weren’t misunderstood.

“Of course we’re happy for them,” Claes said. “If it couldn’t be us, then at least an American team took the gold medal. We’re genuinely happy for them.” 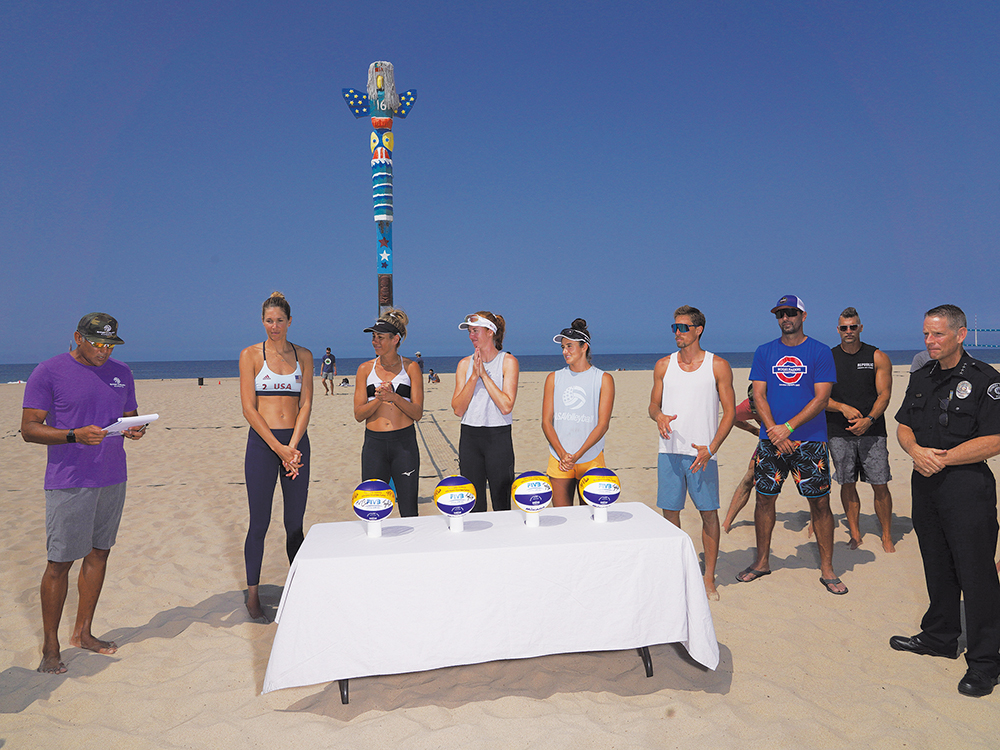 Klineman, still riding the wave of exhilaration from her team’s win in Tokyo just a week earlier, was grateful for the tsunami of home-town love.

“It’s fun to come home and share this gold medal with the Manhattan Beach community,” said the Mira Costa High School grad, class of 2007. “And of course to share it with the other beach cities, Hermosa and Redondo, too. I feel like it’s not just our gold medal. It belongs to the whole community.”

Asked if the A-Team was committed to trying for a repeat gold medal in the Paris Olympics, just  three years from now, Klineman hesitated.

“We haven’t fully decided on Paris,” she said. “We’re trying to seize this moment and savor it as much as we can.”

Team Slays sounded proud, but not satisfied with their last two tournaments.

“There’s a lot of mutual respect between us and the A-Team,” Claes said on the beach at 16th Street. Before adding, “We hope to follow in their footsteps in the Paris Olympics.”

Sponcil, who is from Phoenix, and now lives in Hermosa Beach, said the two are committed to staying together through the Paris Olympics.

She pointed out that both members of Slays are only 25 years old, while Klineman is 31 and Ross is 39.

“They’ve got 20 years on us. It’s pretty inspiring to watch the A-Team, so we’re happy to learn from them and watch them enjoy their success,” she said. “For now.”