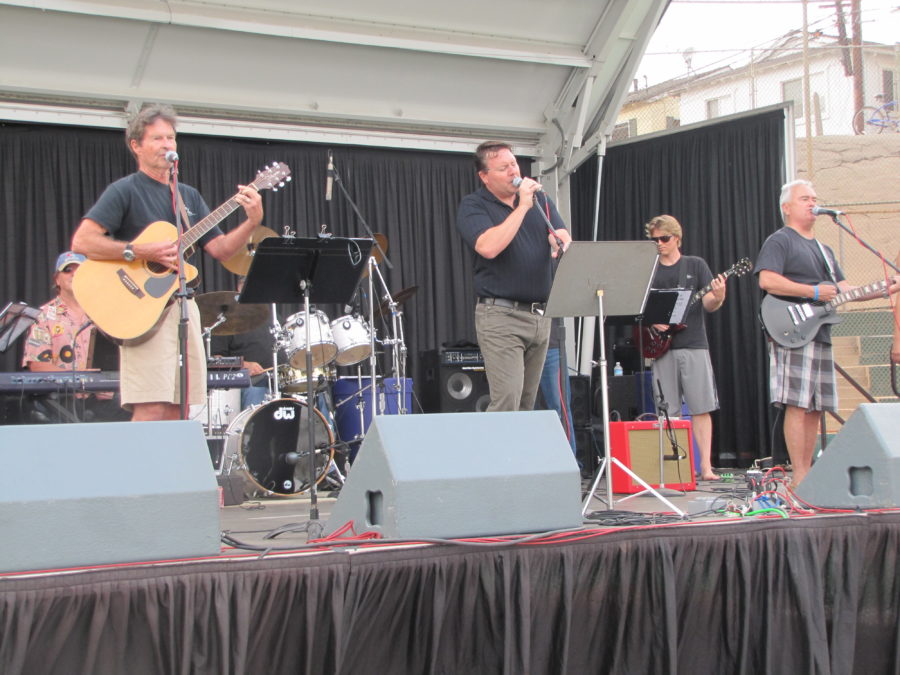 [Editor’s note: The following story was first published in Easy Reader and on EasyReaderNews.com in September 2014, shortly after Jim Miller was indicted on charges of embezzling $250,000 from MWRC, a Redondo Beach internet company. The company was founded by Miller and close friend Russ Lesser, then the CEO of Body Glove. On Tuesday Miller was convicted on nine counts of embezzlement and tax fraud.]

The first friends Jim and Nancy Miller made after moving in the mid 1970s from Columbia, Maryland to Manhattan Beach were Russ and Charlotte Lesser. Jim was an attorney with the U.S. Securities and Exchange Commission. Russ was a partner in the accounting firm of Windes and McClaughry. Jim was active in the Democratic Party National Committee. Lesser would serve two terms on the Manhattan Beach city council.

Russ Lesser’s irrepressible enthusiasm and Jim Miller’s effervescent personality, coupled with their common interests made their very public friendship appear founded in childhood and destined to last their lifetimes.

It didn’t. The friendship ended November 7, 2012 the night Barack Obama was reelected president of the United States.

“This is the worst day of my life,” Lesser told friends that evening. The friends thought he was referring to the election and were surprised at the depths of his dejection. “It’s okay, we’ll get through this,” one friend told him.

Lesser was unconsolable. My best friend has been stealing from me, he told his friends.

The Millers’ and Lessers’ relationship was forged in both triumphs and tragedies. Eight years earlier, the Miller’s then 34-year-old son Jimmy, a UC Berkeley graduate, Los Angeles County lifeguard, adventure surfer and surf school owner, sank into depression and took his own life in his parents’ home. His father’s first call was to his best friend. In the following weeks, the Millers stayed with the Lessers rather than return to the home where their son had died.

Russ Lesser had left Windes and McClaughry in 1990 to become president of Body Glove International, one of his first accounts. Body Glove’s twin founders Bob and Bill Meistrell had given Lesser SCUBA lessons at their Dive N’ Surf shop when he was a teenager. When he went on to study accounting they promised him their business if he became a CPA.

After Lesser became Body Glove’s president, he turned to his friend and former SEC attorney for advice on Body Glove’s legal matters.

Miller moved into an office at Body Glove’s corporate headquarters in Redondo Beach and worked on the surf and dive company’s wide ranging projects, including a licensing agreement with legendary French diver Jean Michel Cousteau to manufacture a line of blue camouflage Cousteau/Body Glove dive suits.

Jim and Russ and their music teachers Pat and John Dietz formed a weekend folk band that performed at local bars, charity events, the Hometown Fair and Concerts in the Park. In their characteristic, self effacing style, they named the band Thin Ice.

Their signature song “Beach Trash” celebrated the beach lifestyle while chiding rich, pretentious newcomers and became the city’s unofficial anthem. The chorus, penned by Lesser, goes, “I’m beach trash, it’s the way to be/We love to surf, we love the sand and sea.”

Midway through most Thin Ice performances, Lesser would introduce Miller as his best friend business partner and guitarist. Then the gray-haired, crewcut Miller would take center stage and let loose with an interpretation of Chuck Berry’s Johnny B. Good that would roust their laid back fans from their slumber and pack the dance floor.

At the 2010, Hometown fair, the two moderate Republicans (Miller had left the Democratic party) sang a satirical duet Lesser penned the previous night called “Packin’ Heat.” Lesser was the straight man and Miller the wise guy. The song was directed at South Bay Open Carry members who were parading through the fair with rifles on their shoulders and pistols on their hips to assert their Second Amendment rights.

“All the people looking at me think I’m cool,” Lesser sang. “Actually, buddy, they think you’re a fool,” Miller chimed in.

In 2000, Miller and Lesser tackled one of e-commerce’s thorniest problems.

Like most manufacturers, Body Glove sold its products through retailers worldwide, including South Bay surf shops. With the advent of e-commerce, Body Glove began selling its products online, which put it in competition with its longtime retail partners.

To resolve the conflict Lesser and Miller formed MWRC Internet Sales. Its software enabled  purchases made on Body Glove’s site to be fulfilled by the Body Glove retailer closest to the purchaser’s home and cut the retailer in on the profits.

The innovative e-commerce concept was a challenge to execute but achieved steady growth. In addition to Body Glove, its clients soon included other action sport manufactures, among them Aqua Lung, Channel Islands Surfboards and ski manufacturers Alpine and Elan. Another customer was MWRJ (Men Without Real Jobs). The small Manhattan Beach apparel company was another Miller-Lesser venture, founded in 2004. Their charter read,  “Work at their play and play at their work.”

Miller’s and Lesser’s seemingly unsinkable friendship hit rough water when Lesser learned that Miller had made allegedly unauthorized MWRC payments to himself. Neither Lesser nor Miller would comments for this story. But according to friends of the two, Lesser loaned Miller money to repay the MWRC.

Then, on the day Barack Obama was reelected president in 2012, Lesser discovered that Miller had made more, allegedly unauthorized payments to himself.

A meeting followed at the Body Glove headquarters during which Miller was told he needed to  pay the money back. According to sources familiar with the case, Miller sold his home and repaid the money, with interest.

But by then, Lesser had related the situation to his son.

Greg Lesser is an Assistant U.S. Attorney in the Justice Department’s Los Angeles office. The case went to the U.S. District Court Grand Jury in Los Angeles. On August 15, the grand jury issued a five count indictment against Miller alleging he defrauded MWRC of over $250,000. The indictment identifies five allegedly fraudulent $5,000 wire transfers in 2011 from MWRC’s Beach Business Bank account to Miller’s account with the Federal Reserve Bank in Atlanta, Georgia.

Miller told friends the payments were recorded on MWRC’s financial statements and as president of the company he was authorized to make the payments.

His supporters pointed to his refusal of a plea bargain from the U.S. Attorney as evidence of his innocence and determination to fight the charges. Accepting the plea bargain would have spared him jail time, but required he plead guilty to a felony, which would result in his disbarment.

The indictment deeply shocked and even more deeply saddened the Miller’s and the Lesser’s wide range of mutual friends. Many of them are involved in the Jimmy Miller Foundation. Following Jimmy Miller’s suicide, he foundation was established by his parents, their second son Jeff and friends. Body Glove is a major sponsor. The foundation offers ocean therapy locally to persons with physical and mental disabilities and to Wounded Warrior Battalion veterans at the Camp Pendleton Marine Base in San Clemente.

The foundation’s Annual Benefiesta fundraiser is one of the highlights of Manhattan’s summer social season. This year’s event, held three weeks ago at a Strand home, was headlined by the rock group Everclear and raised $125,000.

The annual Jimmy Miller Surf Fiesta and Dig 4 Jimmy are among the Beach Cities most popular surf contests.

Following the indictment of his father, Jeff Miller issued the following statement: “As the president of the Jimmy Miller Memorial Foundation I want to assure everyone who has supported us for the last 10 years that this dispute has nothing to do with the Foundation and that zero allegations have been made around the finances of the the JMMF. We have transparent financials and will soon release three years of independently audited financial records, which that a community foundation our size is not required to do.

“From our family’s standpoint we are saddened and greatly concerned that what was nothing more than a business dispute that was resolved between the parties was turned into a federal criminal prosecution. We ask that any judgment of my father’s actions be withheld until all the facts have been developed.”

Jeff Miller said the three-year audit was prepared as part of a major grant application, and not in response to his father’s indictment.

The case is set for trial on November 11 in the U.S. District Court in San Diego. ER