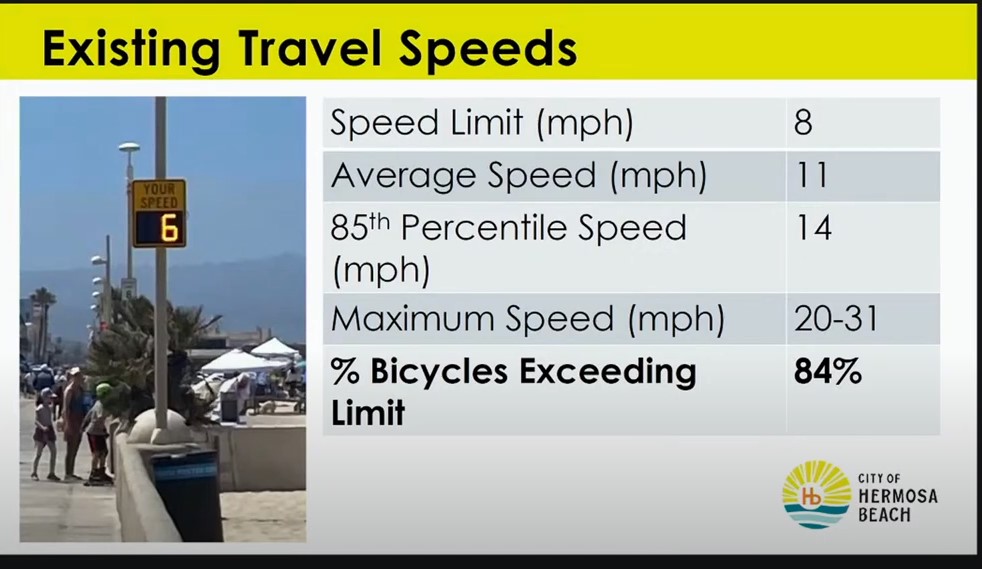 An average of 3,100 pedal and electric bikes a day were counted on the Hermosa Beach Strand during two Saturdays in December, and one in January. Consistent with the popular belief that cyclists don’t obey traffic laws, 84 percent exceeded The Strand’s 8 mph speed limit, and 86 percent ignored red lights, and sandwich boards that tell cyclists to walk their bikes at the pierhead, between 11th and 14th streets.

The average speed was 11 mph, and 15 percent were traveling at 14 mph, or faster, according to data collected from two electronic monitors on poles that flash the speed of Strand cyclists. Only 15 percent of cyclists obeyed signage and flashing red lights at the pierhead instructing them to dismount. The data was presented to the city council at its January 10 meeting by Public Works Director Joseph SanClemente. 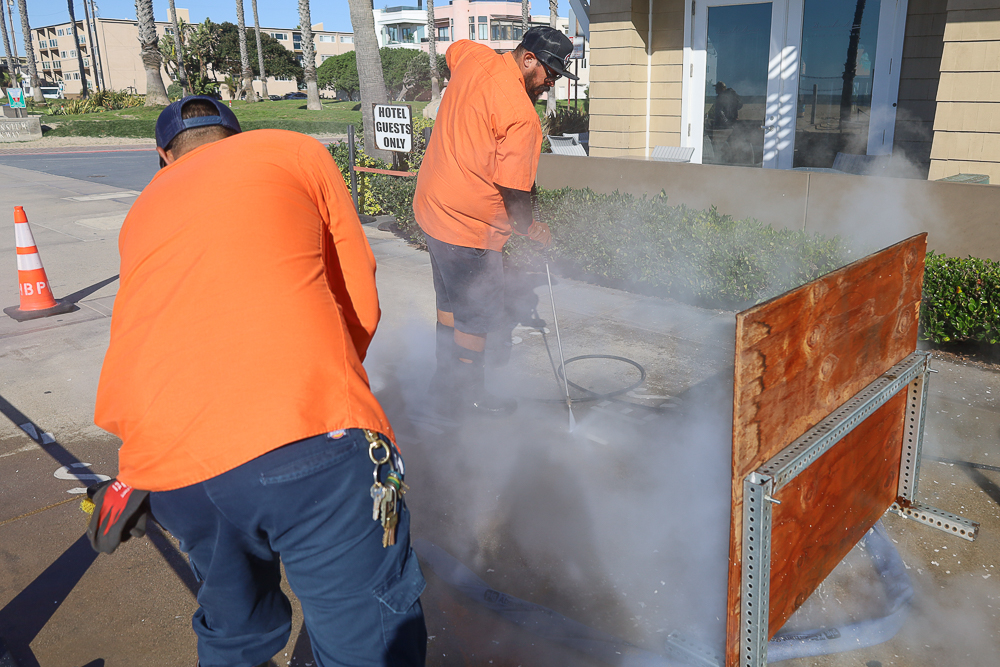 A Hermosa Beach public works crew prepares to install barracades at 14th Street and The Strand. Photos by Kevin Cody

To encourage walking bikes at the pierhead, the council expressed unanimous support for temporarily installing water-filled traffic barricades with flashing lights  at 11th and 14th streets. The barricades will be placed wide enough apart for emergency vehicles to pass through.

As part of the pilot program, the council also expressed support for having the Strand’s five, pole-mounted, red lights flash 24 hours a day. Currently the lights only flash on weekends, and days The Strand is crowded. 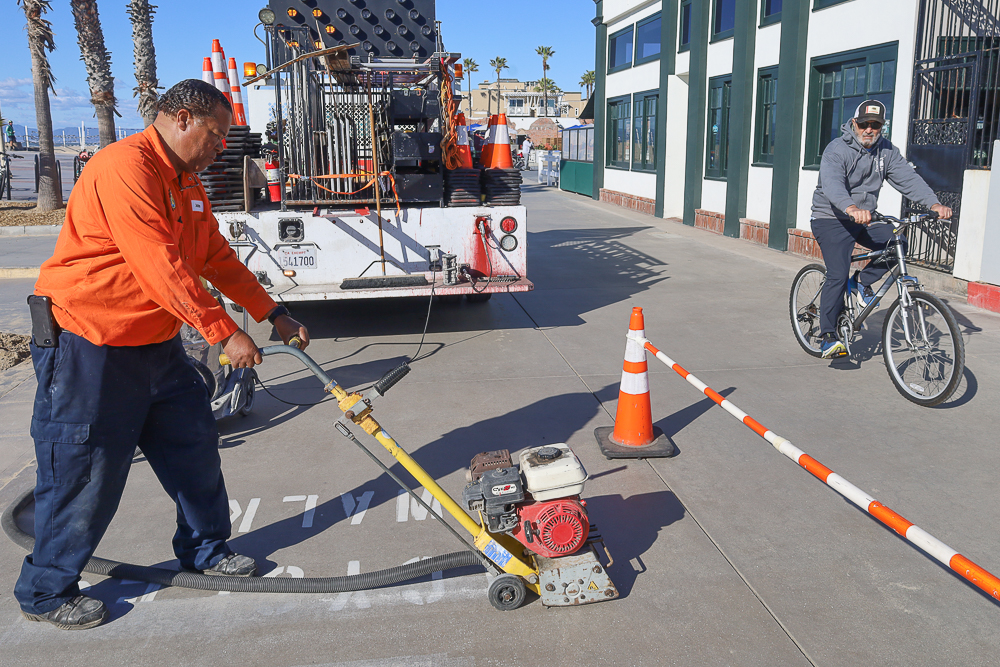 SanClemente explained the lights must remain on 24/7 to reduce the likelihood of the city being sued by cyclists who crash into the barricades in the dark.

Following the meeting, Francois expressed dissatisfaction with the pilot program, stating, “We should find a better solution. A temporary program at the Pier will do nothing to solve problems on the rest of The Strand. I’ve been trying for two years to get all five red light working. The failure of the city to make The Strand safer for cyclists is not a reason for barricades.”

E-bikes are legal to ride on The Strand if their electric motors are not engaged, according to the city code.