Music meant for dancing at the Manhattan Beach Hometown Fair 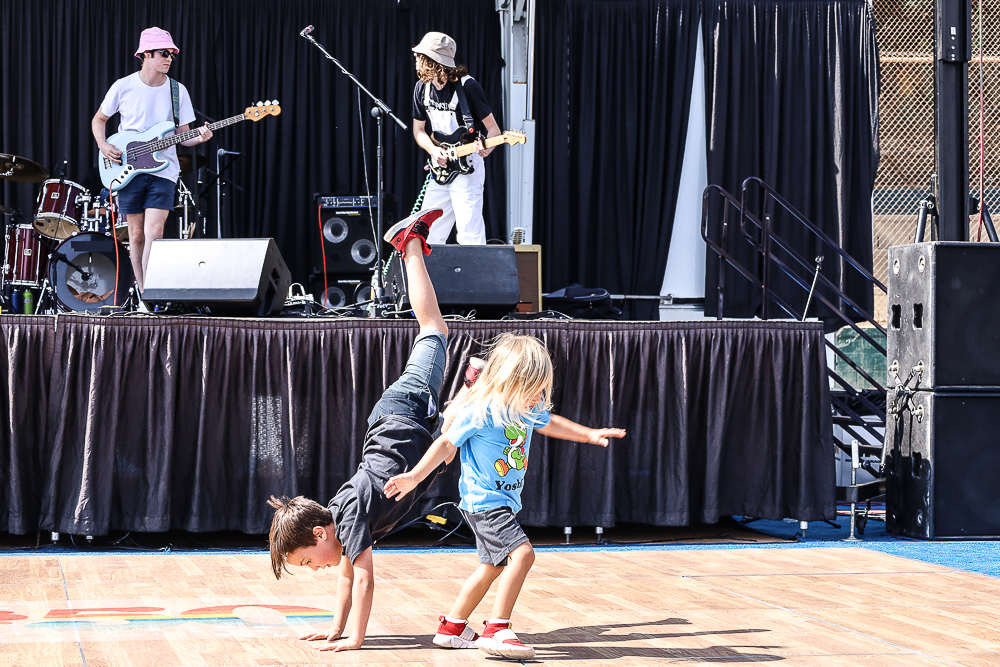 Grandview Elementary School second grader Kelly Jutras breakdances to the Meerkats, whose members are his cousins. Photos by Kevin Cody

Sunday morning, the Hyperion Outfall Serenaders, led by trumpeter Bob White, performed at the Manhattan Beach Hometown Fair, as they have for five decades.  The Serenaders were the first, and only band to perform at the inaugural Hometown Fair in 1973. 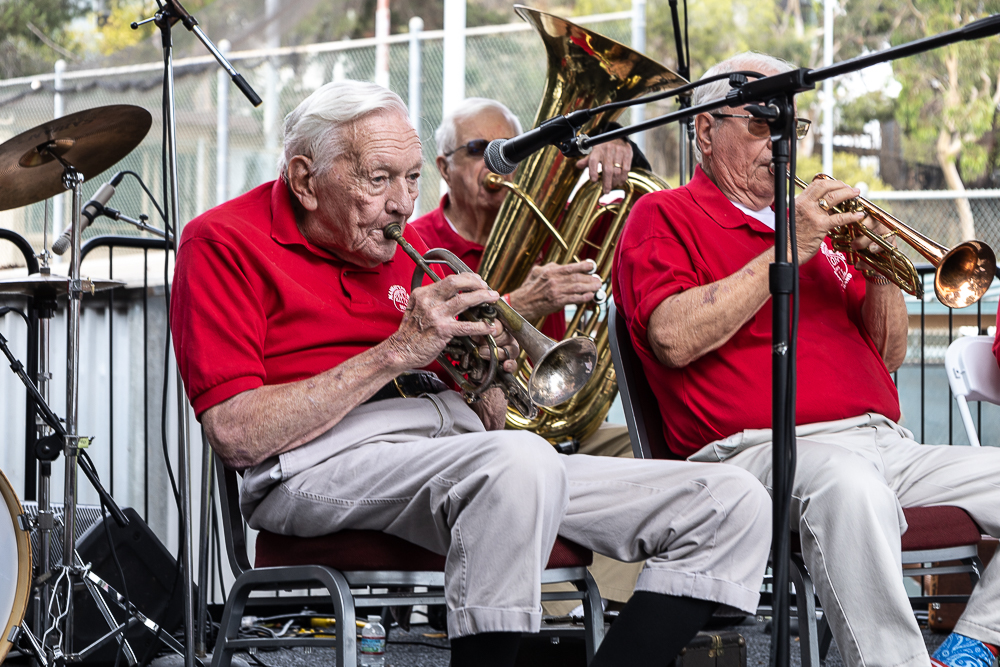 Trumpeter Bob White and his Hyperion Outfalll Serenaders performed at the inaugural Hometown Fair in 1973, and again on Sunday. Photos by Kevin Cody

White celebrated his 95th birthday this past St. Patrick’s Day. He is the original band’s last surviving member. 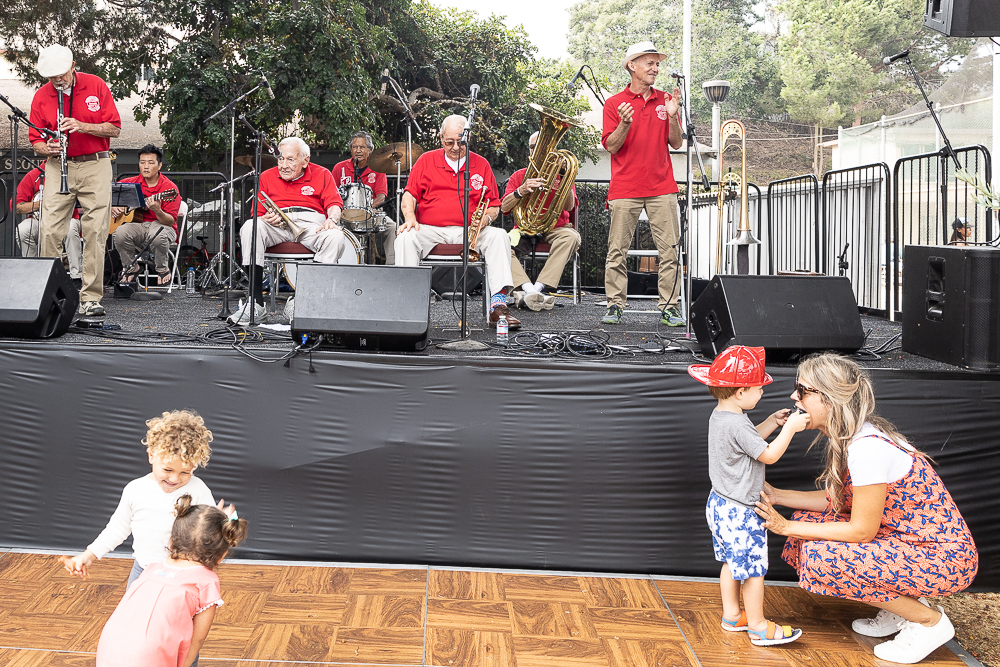 Kids take the dance stage during Sunday’s performance by the Hyuperion Outfall Serendaders.,

Over the past 50 years, music at the fair has become more common and more contemporary. The Battle of the Bands is an annual highlight.

While the Hyperion Serenaders were performing Sunday morning on the South Stage, the garage band Meerkats, winner of last year’s Battle of the Band, was performing on the Main Stage. The Meerkats have been described by one critic as  “psychedelia, distortion, and nonsense taking you on strange, lyrical journeys.” 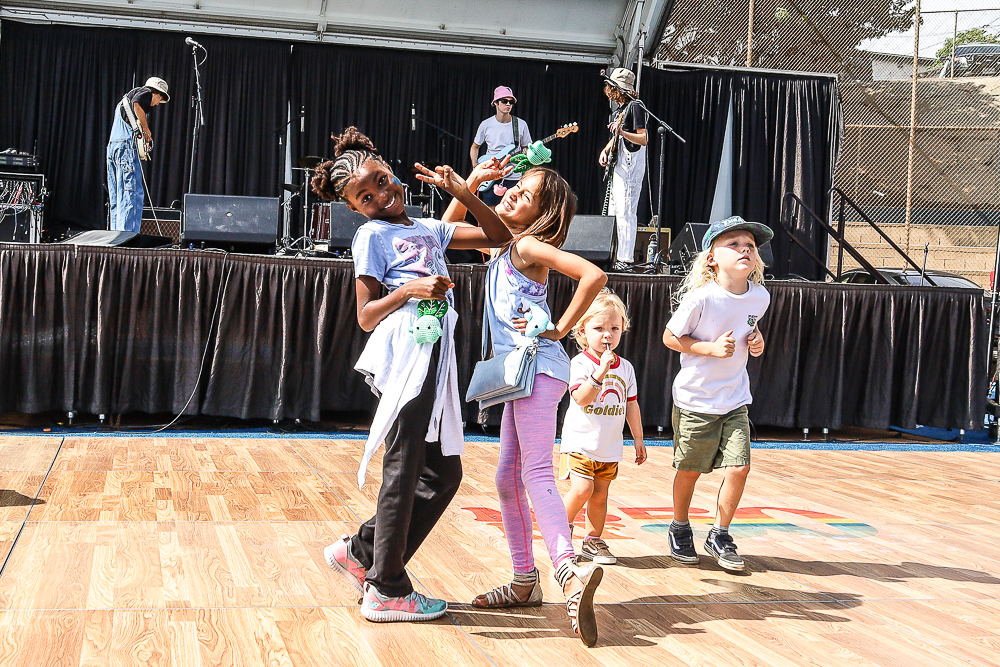 The Meerkats and young fans.

But despite differences in ages, and sound between the two bands, their effect on fairgoers was the same. People were dancing in front of both stages. ER 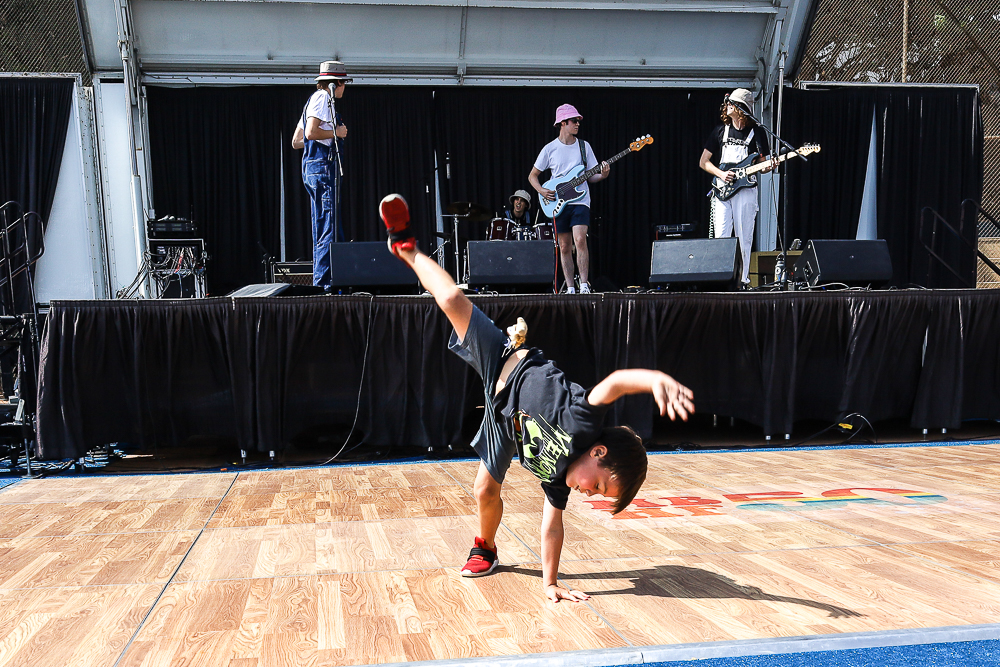 Kelly Jutras, 7, breakdances to the Meerkats.