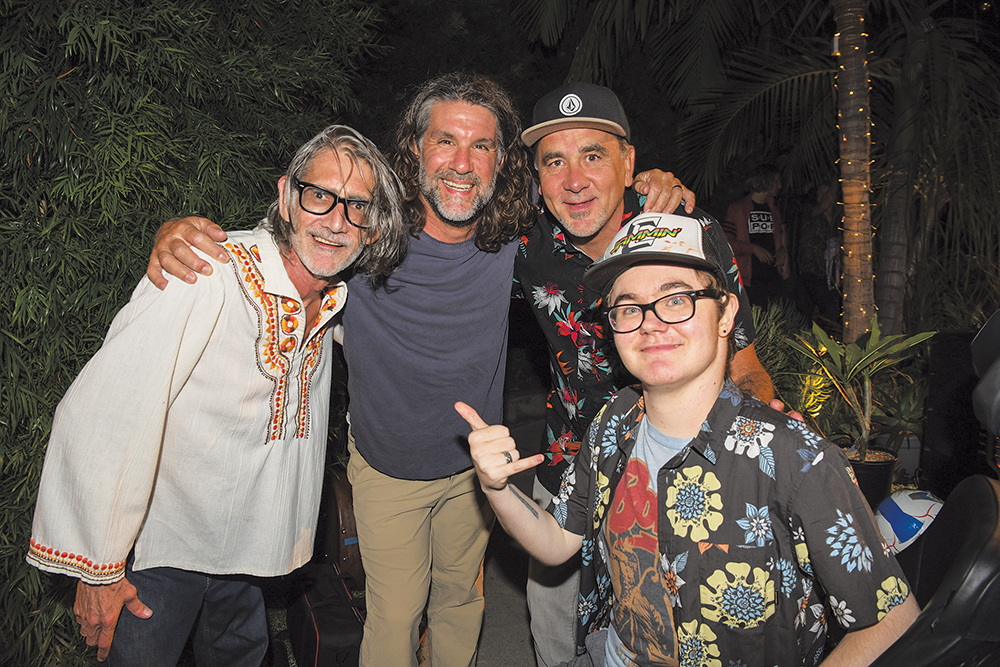 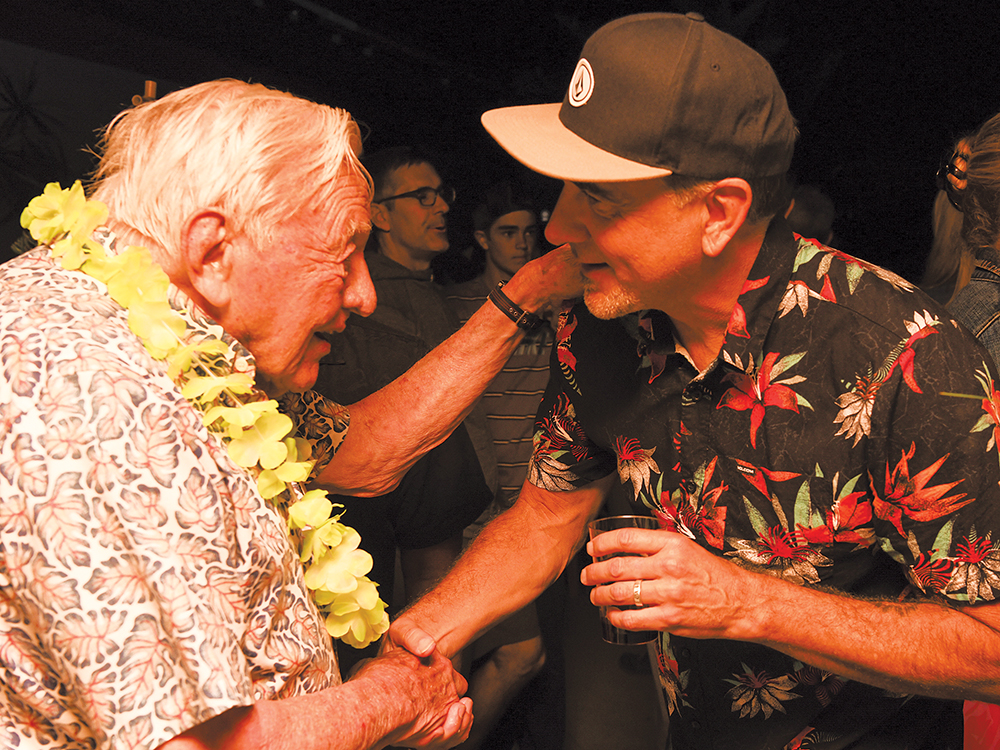 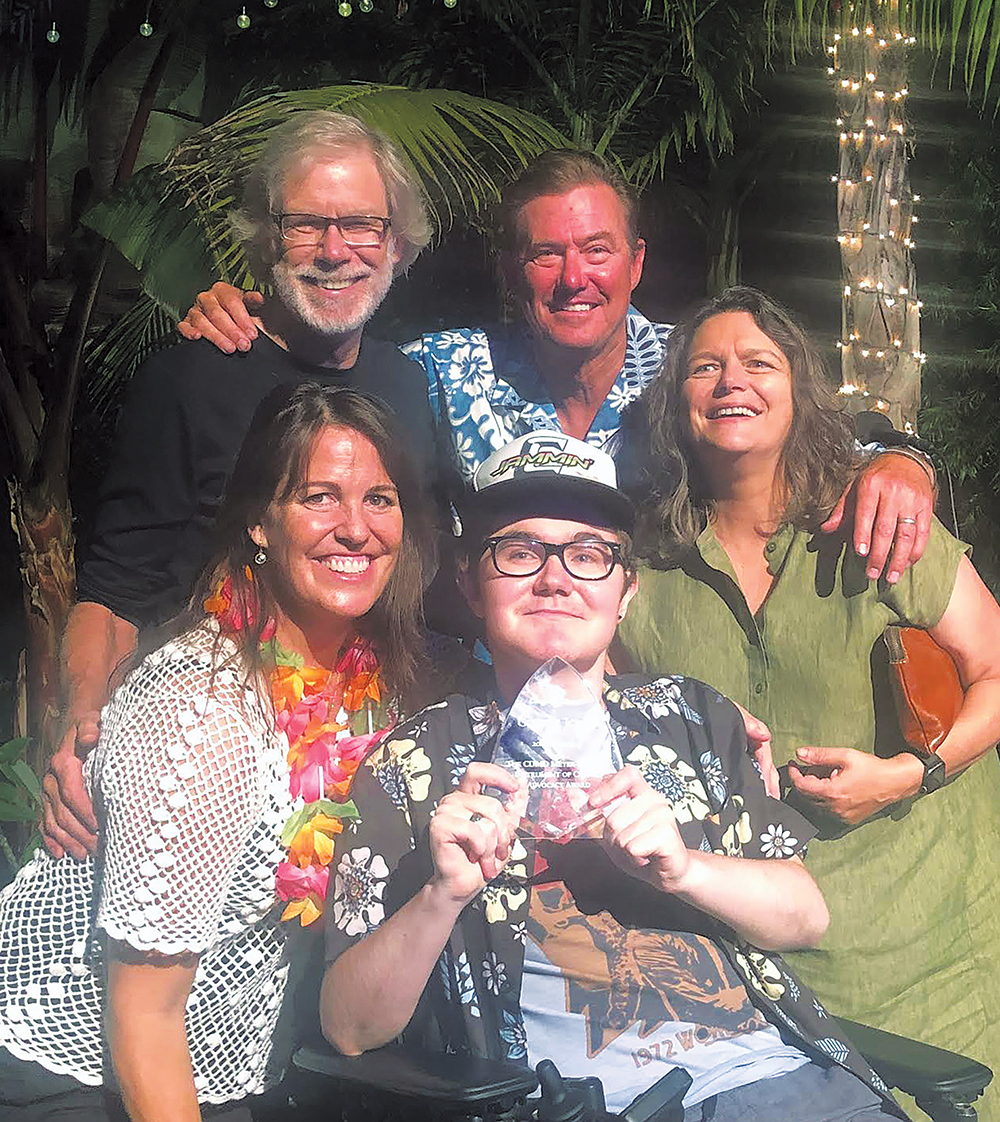 Cooper Jones receives the Meyer-Whalley Instrument of Change Award for using music to inspire others. The presenters are Dr. Stanley Nelson and Dr. Carrie Micelli, and Amy Martin from the UCLA Center for Duchenne Muscular Dystrophy. 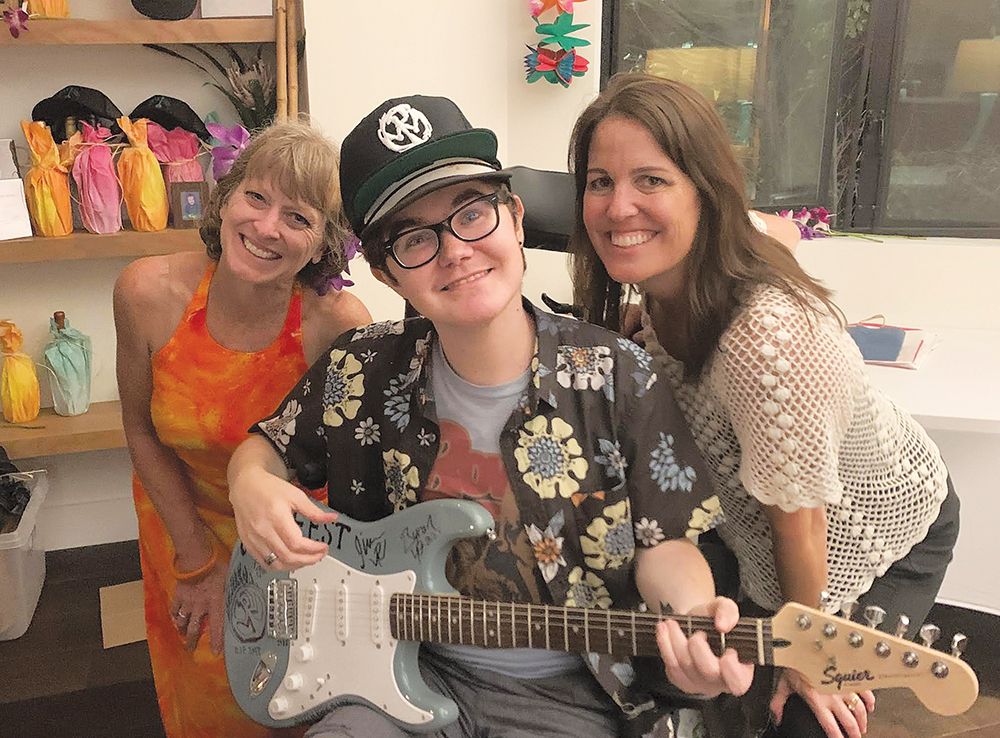 Cooper Jones with a signed Pennywise guitar presented to him by Brigid Dowd and Amy Martin, who won the guitar during the auction. 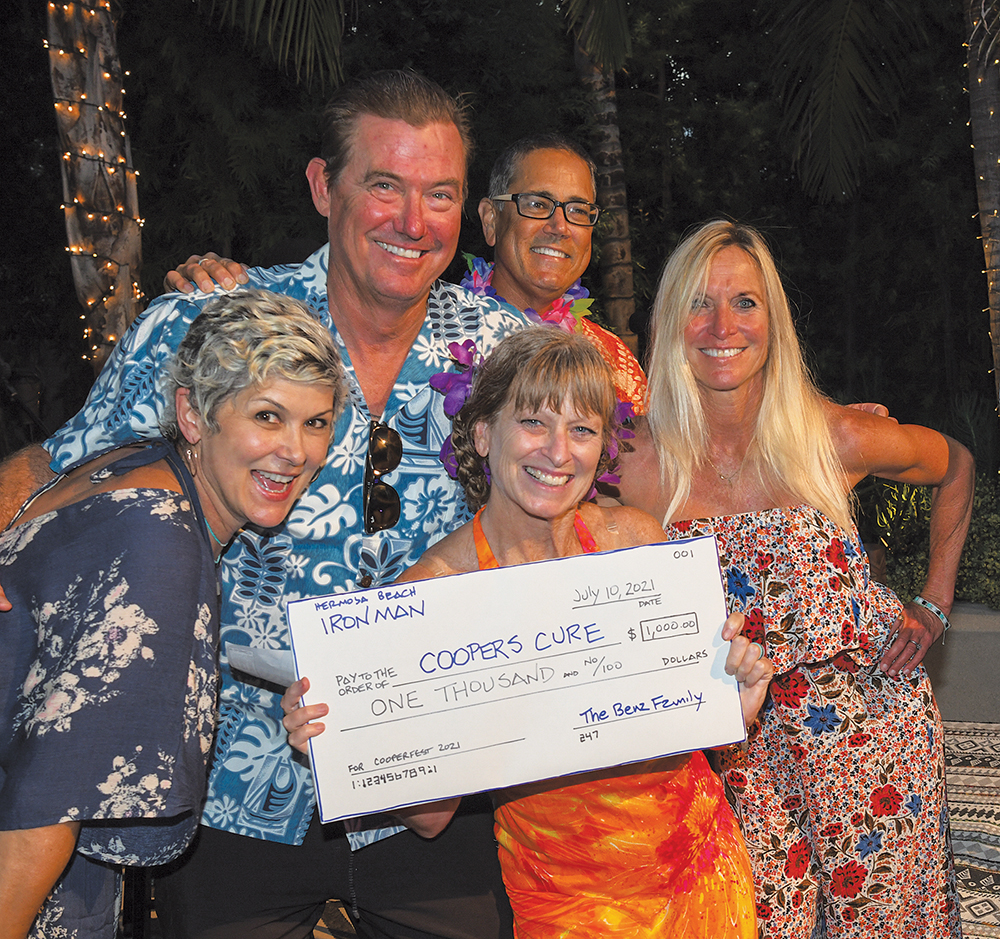 Fifteen-time Hermosa Ironman winner Annie Seawright-Newton (right) joins in presenting a $1,000 check to Cooperfest. Joining her are Cathy and Scott Jones, Brigid Dowd, and Will Watson. 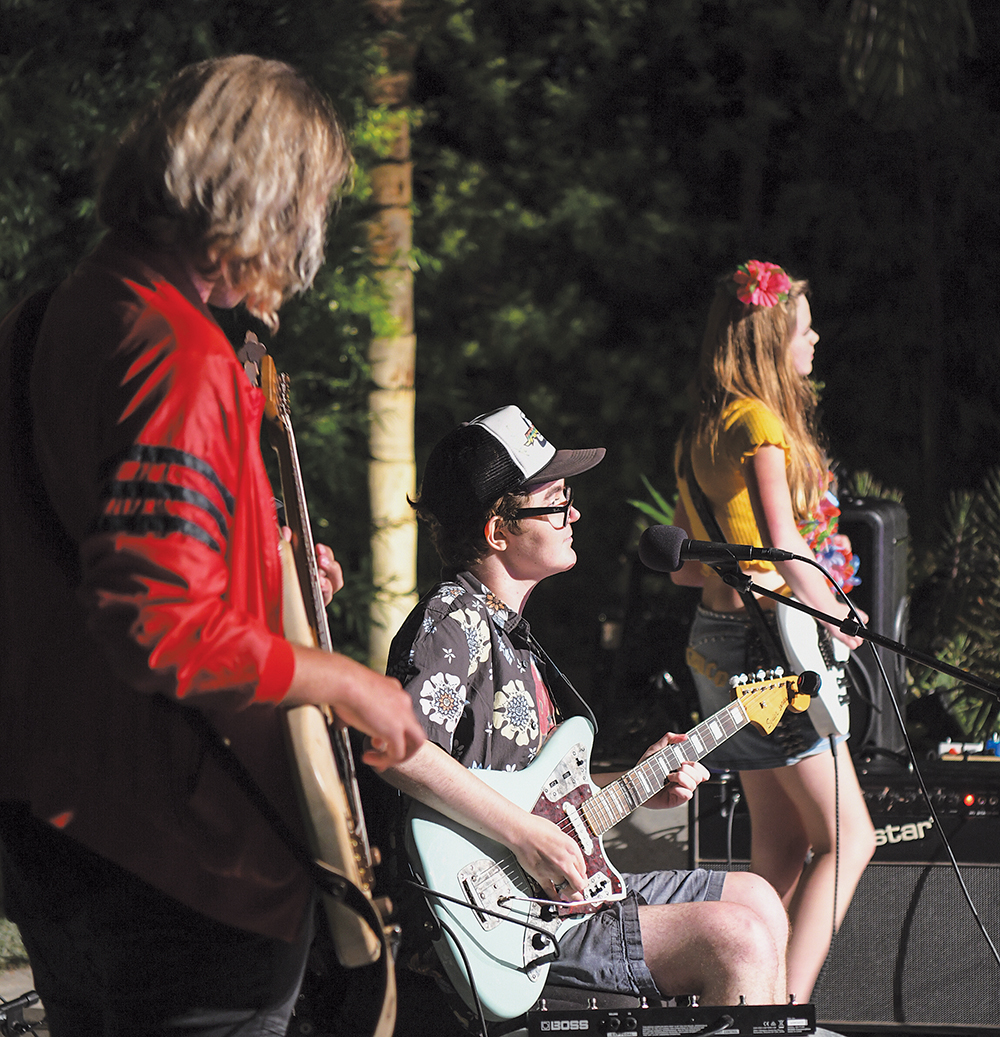 The Second Annual Cooper Fest, in Redondo Beach last Saturday, raised over $30,000 for The Center for Duchenne Muscular Dystrophy at UCLA. Pennywise’s Jim Lindberg, who mentored Cooper Jones on songwriting throughout the pandemic, performed songs from his soon to be released, new album. Jones also performed a new song, “Hollow,” as did his bassist Slater Heidrich, who performed his original song “Missed Opportunites.Then Jones and Tom Watson collaborated on an original song they were performing for the first time.

Other bands that performed (and will be performing this summer at BeachLife) were Tomorrow’s Bad Seeds, Country Breakfast and Kevin Sousa. For more about Cooper Cure, visit CoopersCure.org. ER