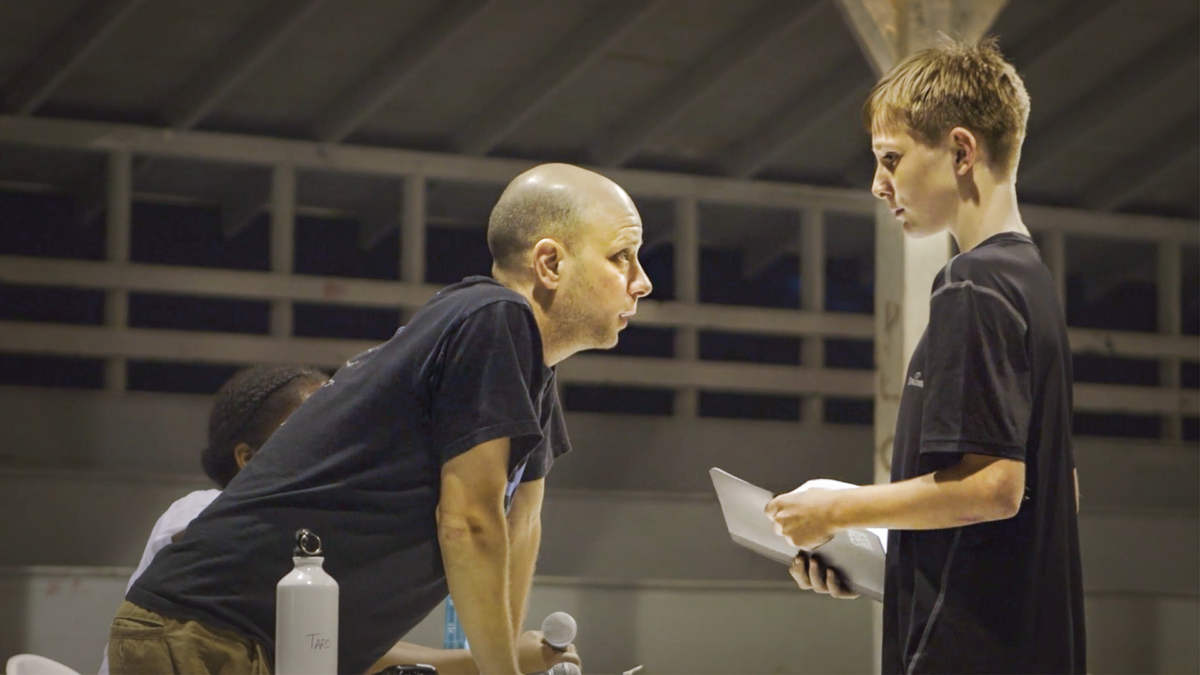 “My Beautiful Stutter,” the elegantly profound documentary directed by Ryan Gielen and written by Steve Sander, will open your eyes to this affliction. There are almost 70 million stutterers in the world, more than 3 million in the U.S. It affects one in twenty children. Many stutterers undergo speech therapy in hopes of finding the key to fluency. There is no key; there are no tricks of the trade. Sometimes it works; sometimes it doesn’t. Some stutterers “outgrow” this affliction. Many famous people have “overcome” stuttering. President Biden is an example but so are Marilyn Monroe, Samuel L. Jackson, and Astros World Series MVP George Springer. Winston Churchill stuttered as did James Earl Jones.

There is no cure.

Stuttering is a neurological disorder that creates an involuntary disruption of speech. Not everyone stutters the same. There are several theoretical triggers, only one of which is genetics. Pressure and emotional trauma have been seen as root causes, but so have brain injury and developmental delays with or without speech and language problems in childhood. No one knows. People do not stutter because they are emotional and anxious. Quite the contrary: the act of stuttering is what makes them emotional and anxious.

Although you have certainly come across someone who stutters, whether in the classroom, the playground, or at work, it is equally likely that a stutterer might never have met another stutterer.

Think back to the last time you encountered someone who stuttered. Did you try to finish their sentence either out of misplaced compassion or impatience? Did you make fun of that person’s speech either to their face or behind their back? You’re not alone. Stutterers are easy targets for rude humor. The psychological and physical bullying that is inflicted on them is found everywhere, especially in the classroom where teachers are often part of the problem.

“My Beautiful Stutter” follows five kids who stutter. They are between the ages of 9 and 18 and from different socioeconomic and ethnic groups. What they have in common is their sense of despair, isolation, exhaustion, and defeat. Finding their way to the Stuttering Association for the Young (SAY) was their lifeline, sometimes literally because suicide was never far from their minds.

Taro Alexander, founder of SAY, suffered depression and isolation as a result of his stuttering. He had never met another stutterer until he was 26 years old. It was a revelation to discover he wasn’t alone. Thus began his journey of self-acceptance and he realized that this was a path through which he could help others. Fluency is not the only means toward effective communication. It was okay that he stuttered.

Followed over a period of a couple of years, we meet a group of young people en route to self-awareness and acceptance. All had tried various therapies and for most of them the only thing that worked was maintaining silence. Stuttering is physically and mentally exhausting. For many of them, entering SAY’s arts-based program was the first time they encountered another stutterer and it was here that they found their home base.

“My Beautiful Stutter” takes us to Camp Say, a two week summer experience for young people  in the Poconos. The campers are a wonderfully interactive rainbow coalition from all different ethnicities and socioeconomic classes with one thing in common–‑they stutter. We meet Juliana for whom speech can be agony but who finds her voice in singing. As a speech pathologist suggests, speaking is left brain activity and singing is right brain.

Juliana teased mercilessly has found an outlet in her singing and songwriting. Malcolm is a young middle schooler who experienced major trauma as a young child. His ambition is to become a famous baseball player. He has endured endless bullying in school and was suicidal. Sarah from Chicago has been taunted all her life. Emily from Portland was already on the way to self-acceptance with the help of a very supportive mother and sister.  Camp Say gives them a much needed community and safe haven. Normal camp activities are paired with counseling sessions. They are encouraged to speak publicly. There are no time constraints so they are not pressured to express themselves quickly. Everyone is in the same boat and knows just how important patience is. 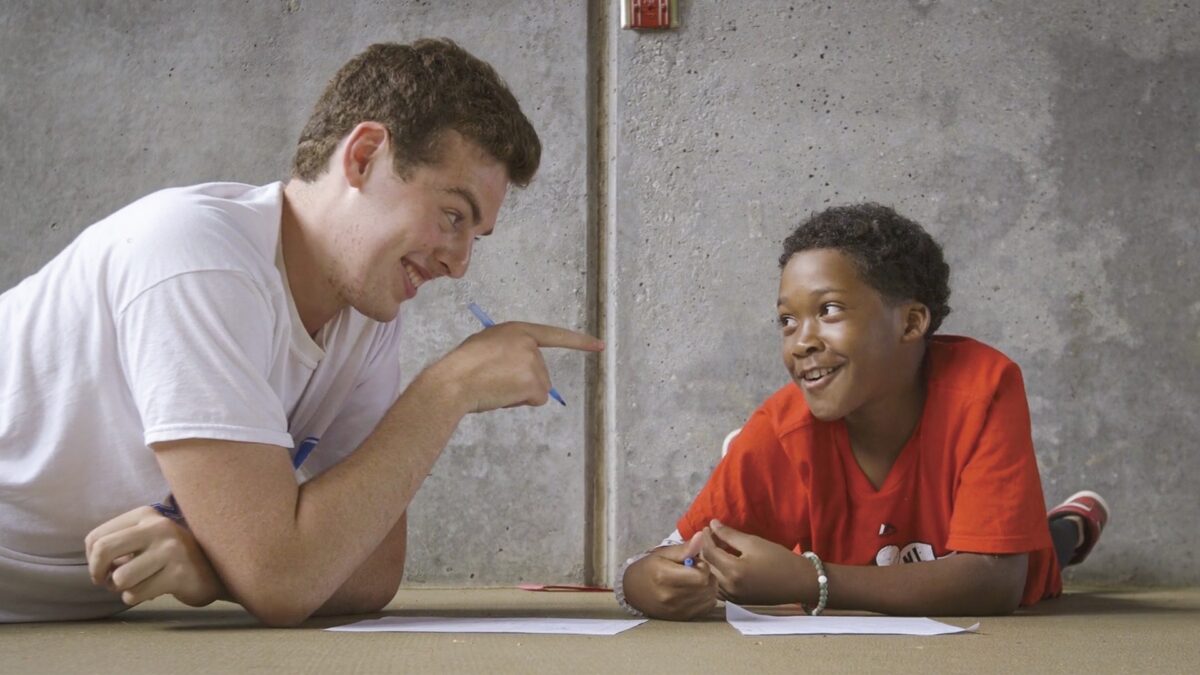 Will and Malcolm in “My Beautiful Stutter.” Photo courtesy of Passion River Films.

Each camper is paired with a buddy, another camper to work with, confide in, and share his or her life experience. Malcolm was paired with Will, an exceptionally gifted high school senior preparing for his college applications. While one might assume that this pairing was for Malcolm’s benefit, that would be a mistake. Malcolm’s life experience has been so overwhelming that Will is moved and changed positively by his friendship with the much younger Malcolm.

The parents of Juliana, Emily, Malcolm, and Sara are interviewed which enhances the stories told by the students themselves about their lives. All of those parents reveal a support, empathy, and loving understanding of their children that one comes away with the hope that each child will fulfill their ambitions.  That first, most important step is parental support to not let fear dictate daily life.

“It’s okay that I stutter” is a credo to embrace. Shaquille O’Neal no longer fears his stutter. “I still stutter to this day,” he says. “But I’m more cool with it now.” For some it may take a lifetime. Armstrong hopes that his program will speed that along.

Bill Wither’s classic Lean on Me plays as the credits roll. Withers was a stutterer.