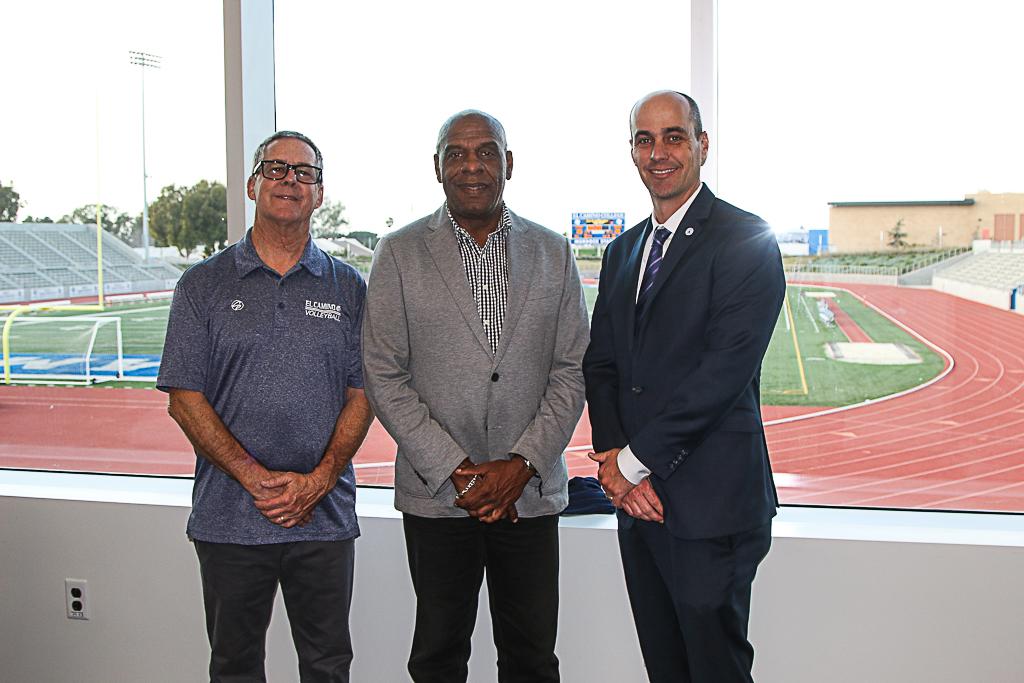 El Camino College became one of the few colleges in California to have separate basketball and volleyball courts with the opening of the its  new $35 million gymnasium on Friday. 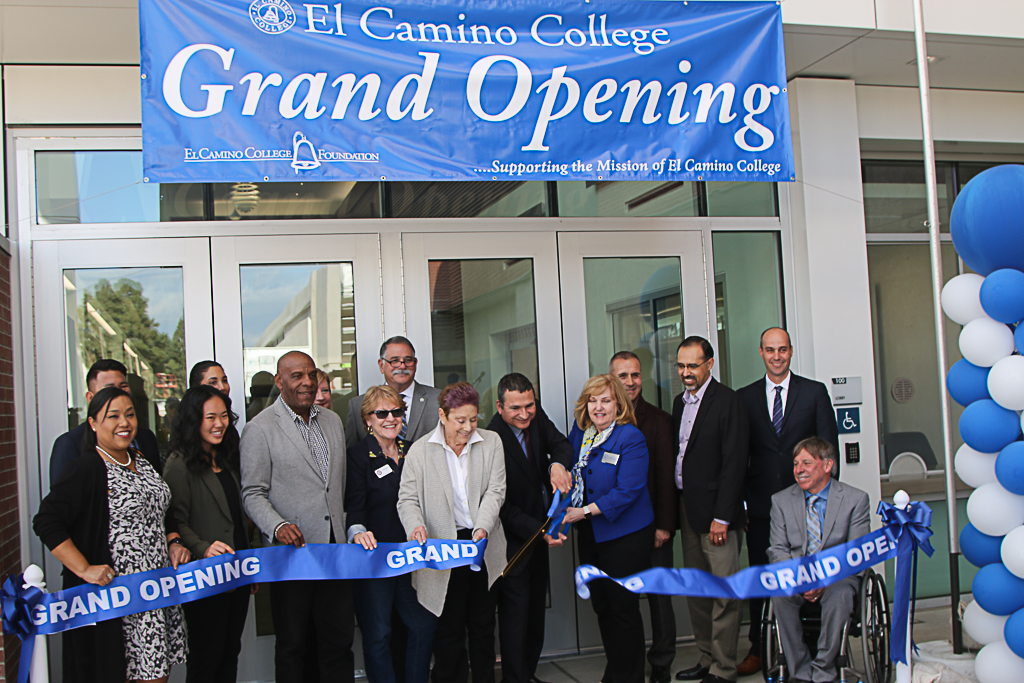 El Camino College President Dena Maloney (with scissors) is joined by board members and elected officials at the new gymnasium ribbon cutting.

At the gym opening, ECC Athletic Director Colin Preston told guests that over 250,000 students have participated in Warrior athletic programs since the school’s founding in 1947. He added that 10 teams posted 3.0 or higher average grade point averages last year. 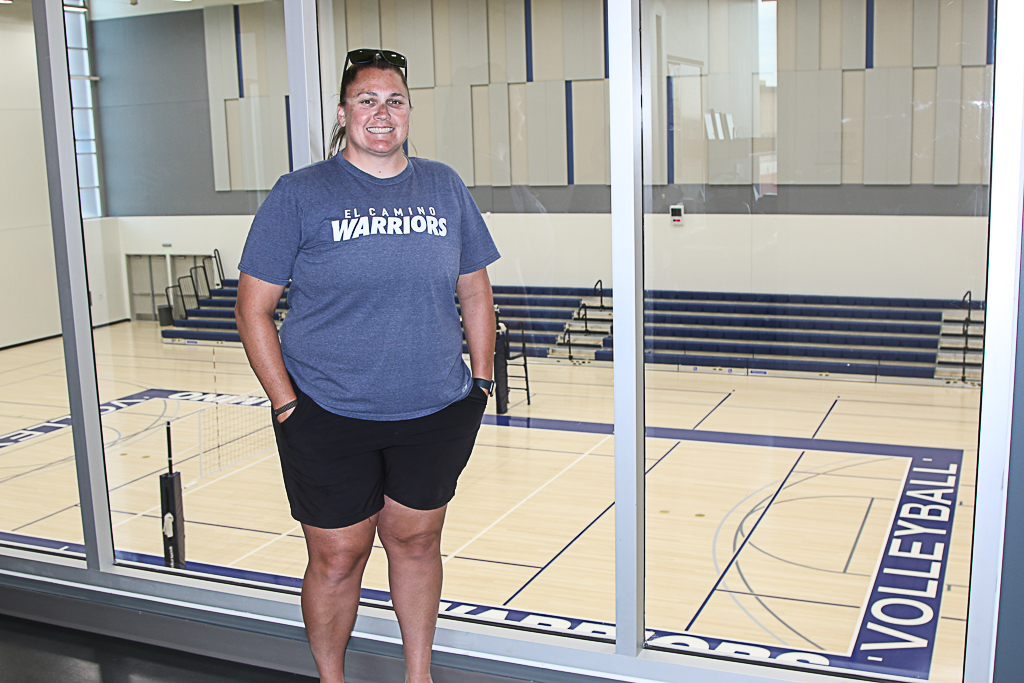 State Senator Steve Bradford, whose 35th District includes El Camino and who ran track at the school, told guests that a bill he co-authored last year will enable  college athletes to accept payment for use of their names and images for marketing. The bill was signed into law by Governor Gavin Newsom last October. NCAA athletes generate over $10 billion annually for colleges and universities, but NCAA rules prohibit student athletes from sharing in these funds. Bradford’s SB 206 prohibits the NCAA from enforcing that rule in California. 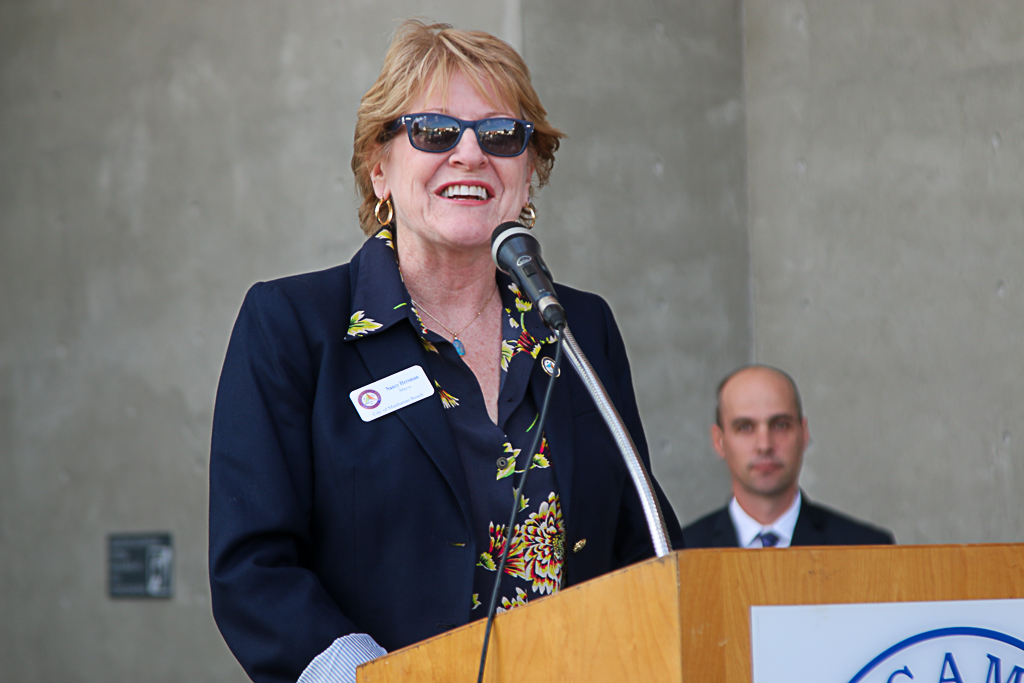 The newly completed gym, and football field, as well as new classroom and science labs, have been paid for by $400 million in facility bonds voters approved in 2002 and 2012. ER