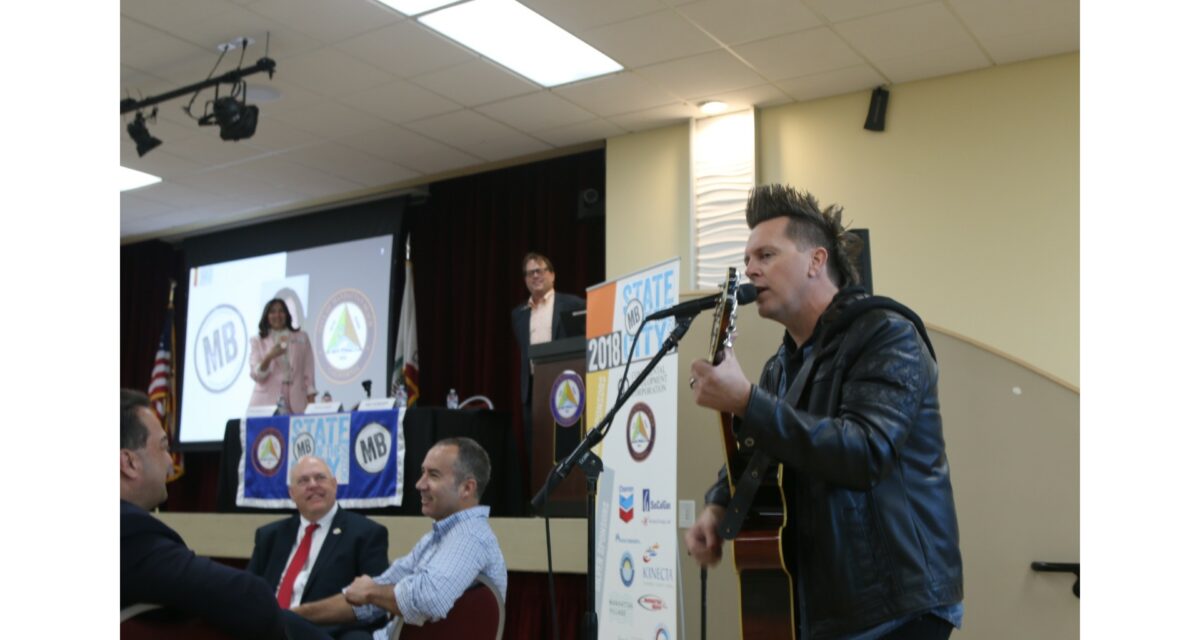 Jeremy Buck sings to the State of the City. Photo 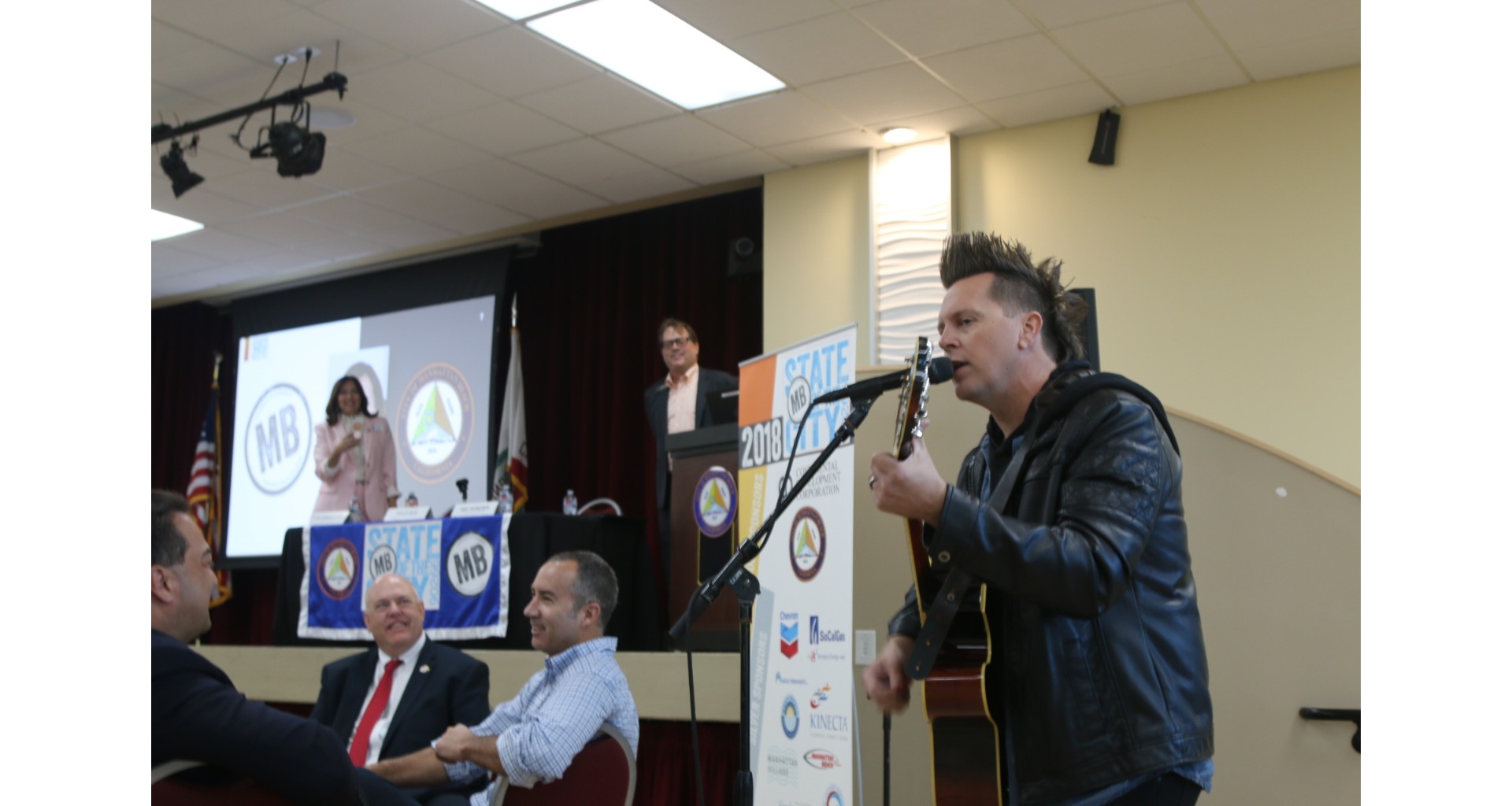 Jeremy Buck sings to the State of the City. Photo

If one thing unified the many elements of the annual State of the City gathering Wednesday morning at the Joslyn Community Center, it was a sense of new beginnings.

Among the speakers were newly appointed City Manager Bruce Moe, who just had his interim tag removed by City Council in closed session Tuesday night, and MBPD Chief Derrick Abell, who was appointed just last month. Mayor Amy Howorth, who presided over the event,  just began her stint as mayor a few months ago; council members rotate the mayorship. And Manhattan Beach Chamber of Commerce CEO Mark Lipps, who is in his first year at the helm of the organization, not only organized the State of the City but reimagined it, transforming what had been a staid, paid breakfast event into a free-of-charge, more free-wheeling gathering that began, appropriately, with  an ode to local governance local rocker Jeremy Buck composed for the occasion.

“It’s really not that easy to try and please thee, the people of Manhattan Beach, we must confess,” sang Buck, who wore a black leather jacket and his signature spiked Mohawk hair and noted the 8 a.m. start was the earliest he’d ever sung. “But we really try to do our best, even though you are hard to impress…”

Howorth, like Moe, Abell, and Lipps, is not new to the city. She’s served on the school board and, as a two term councilmember, and has served as mayor previously. But she’s taken evident joy both at the timing of her mayorship and in presiding over a newly elected council majority, which has seemed galvanized into action since taking office last year.  She took particular pride in introducing Moe, who has served in city government for three decades, most recently as finance director, and whose sterling reputation as a manager and easygoing demeanor has long made him one of the key cogs of institutional stability in city government. 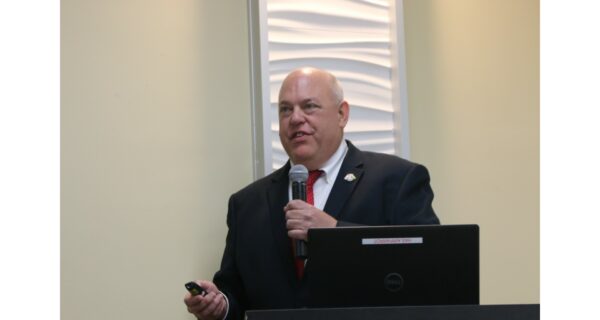 Howorth’s address ranged from cannabis legalization’s impact on the city (dispensaries, growing operations, smoking in public, and delivery services remain illegal, though each household can legally grow six marijuana plants) to the city’s emphasis on environmental sustainability (including increasing use of renewable energy citywide) to the overarching importance of enhancing the ties that bind the community together. She highlighted two public-private partnerships underway, one to rebuild the community center’s Scout House, and another, spearheaded by the Harrison Greenberg Foundation, to rebuild the Roundhouse Aquarium at the end of the pier.

Howorth said both projects and the many community events that take place throughout the year are vital in that they bring people together.

“We are all part of this community, and the reason community is important and these annual traditions…these things are not only fun but essential,” Howorth said, adding that she came across an interesting statistic from a former surgeon general at the U.S. Conference of Mayors two weeks ago: “Loneliness and isolation have the same effect on a human as smoking 15 cigarettes a day. So isolation and loneliness are a threat to public health.”

Moe, as is his wont, gave an understated, fact-filled, and largely financial overview of the city. He noted that the city’s largest revenue source is property taxes, which he said is a good thing — even though the city collects only 23 cents on a property tax dollar — given the stability of property values in Manhattan Beach. He said the city was in a stable financial position, with its AAA bond rating recently reaffirmed. But Moe also identified some challenges, including pension obligations that will double from $6 million to $12 million annually in the next decade and a decline in sales tax due to retail stores’ losses to online sales (one of Moe’s fun facts: 43 cents of every dollar spent online is on Amazon).

Moe began and ended his talk by quoting Henry Mitzner, the 45-year veteran of City Hall who still serves as controller in the finance department and has an adage for the ongoing state of Manhattan Beach: “When it’s good out there, it’s great here; when it’s bad out there, it’s good here.”

Chief Abell, who has worked for the city 27 years, recalled running across Moe early in his own career when the future city manager worked in purchasing. He said he always had a smile on his face and something positive to say and left him feeling, “If you have the opportunity to work in the city of Manhattan Beach, whatever is going on, you are not having a bad day.”

Abell noted with pride that MBPD had 18,000 calls for service last year and posted an average response time of under two minutes. He also said officers had 21,000 “proactive” contacts with people.

“That one I am more proud of,” he said, explaining that he checks the logs first thing every morning hoping it was a good night and often finds incidents such as one that occurred a week ago, when officers stopped a vehicle at Marine and Aviation and discovered a man with a cache of guns, in violation of his parole, who’d arrived in Manhattan Beach with apparent bad intentions. “So when you are sleeping at night…You don’t know about those things,” Abell said. “But they happen every single night.”

Superintendent Mike Matthews began his talk singing, allegedly taking the wrong cue from Lipps, before giving a brief overview of the district and its current challenges and priorities. He noted MBUSD’s many accomplishments —  it’s high academic rank, CIF titles, even a Grammy Award for the music department —  as well as the challenge of transforming from a one-size-fits-all education to a personalized learning model in which each student has an education tailored to his or her very specific needs. Matthews also touched on the downside of a high-achieving community such as this one —  that kids feel so much pressure to perform perfectly in order to get into “the 15 or 20 colleges” held in highest regard. He made a request of those in the room. 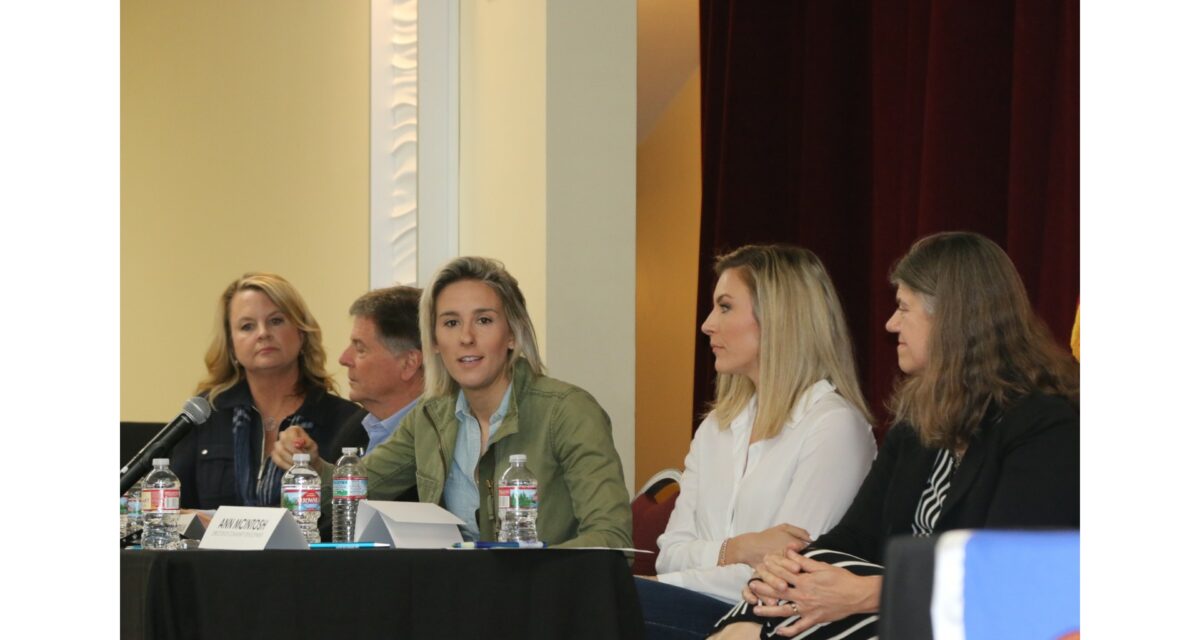 “I’ve got to tell you,” Lipps said at the close of the event. “I’ve lived in a lot of towns…This is the best City Council, the best city, that I’ve ever seen. I mean, we have the right people in the right jobs, with our police chief and our city manager. This council is absolutely fantastic. They will pull the trigger and make decisions. They won’t keep kicking the can down the road. They are thoughtful about business and local retail and what it takes to survive in this community. So I think we are in really good hands here. I am just super excited about 2018.”