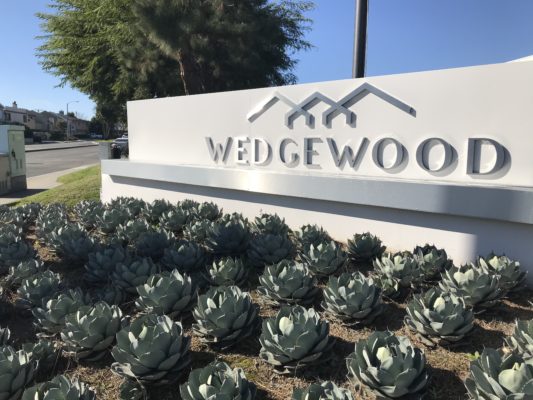 A group of unhoused mothers that occupied an abandoned house in Oakland before being evicted by the Redondo Beach-based house-flipping company that owns the property announced Monday that the group had reached an agreement in principle to buy the home through an Oakland-area non-profit.

Moms 4 Housing announced they would be purchasing the West Oakland home from Redondo Beach’s Wedgewood little more than a week after two of the mothers, Tolani King and Misty Cross, were arrested during an eviction carried out by the Alameda County Sheriff’s Department.

The purchase will be facilitated by the Oakland Community Land Trust, a non-profit organization that buys homes with the aim of providing housing for low-income renters; The organization’s model does not provide for re-selling the land, but instead holding it in trust. According to its website, the land trust owns 22 single-family homes and three multi-unit/mixed-use properties, alongside 10 parcels of community land. The home will be sold for a price no more than its appraised value, which has yet to be determined.

The announcement was made during a conference on Jan. 20, shortly before the group was due to take part in Oakland’s March to Reclaim MLK’s Radical Legacy.

“This is what happens when we organize, when people come together to build the beloved community,” Moms 4 Housing member Dominique Walker said in a statement. “Today we honor Dr. King’s radical legacy by taking Oakland back from banks and corporations.”

In November, Walker and other members of M4H moved into the previously vacant home on Magnolia Street in West Oakland, a rapidly gentrifying neighborhood not far from the Bay Bridge where century-old homes stand side-by-side with warehouses and shipping containers. Their occupation was done in part to call attention to the connection between housing speculation and homelessness in the East Bay. M4H states that there are four empty homes for every unhoused person in Oakland.

Moms 4 Housing member Talani King stated she and other members of the organization were not sending a message for people to take homes, but to stand up against housing speculators, and assert that housing is a human right.

“We’re telling people that if you feel you have to take means into your own hands, do whatever you have to do to house yourself and your family,” King said.

In a media call, Walker said that after she moved back home from Mississippi with her young children, she couldn’t recognize the Oakland she grew up in. Four blocks southwest from the Moms’ home, a nearly-complete four-story apartment building looms over a community park and garden that attracts young families. Its one-bedroom, 520 square foot apartments are being marketed with monthly rents near $2,200. A newly constructed home on the Moms’ block is listed at $799,000. Its listing website notes that a second home on an adjacent parcel is also for sale and is perfect for families, “or live in one/rent one cash flows.”

Many of the homes on that block are decades old. The Moms’ home was built in 1908, according to Zillow records.

“This city has a rich history of black culture and resistance. We’re resisting right now; we’re not going anywhere,” Walker said. “I love this city, and we deserve to be here.”

Before sunrise on Jan. 14, Alameda County Sheriff’s deputies arrived at the home, equipped with body armor, military-style rifles and an armored vehicle. Witnesses from a crowd of nearly 100, alerted through a network of text messages, said police used a remote-controlled robot to scout inside the house and check for threats.

The eviction raid came less than 24 hours after deputies first attempted to carry out the eviction and were met with more than 300 protestors. Videos of that protest showed dozens of people standing before the sidewalk of the home, with a banner supporting the mothers and chanting in solidarity with the mothers.

“I think it was 5:30 a.m. that I got the text, saying sheriffs were at the door. I jumped out of bed, ran over, and it was still dark,” said Anya Svanoe, an organizer with the Alliance of Californians for Community Empowerment, with offices throughout California that work to keep long-term residents from being displaced. “That was one of the more intense responses that I’ve ever seen, especially given the moms said they were there for non-violent civil disobedience. They did not want any violent confrontation.”

The next day, the moms’ belongings were thrown into the street, removed by Wedgewood-hired laborers.

Wedgwood’s position was that Moms 4 Housing should not have infringed on the company’s right to private property. The home was purchased by Wedgewood in August.

“The company said all along that it sympathized with what the squatters were going through, but would not condone the break-in and stealing of its property,” said Wedgewood spokesperson Sam Singer.

Wedgewood is no stranger to adversarial activism. The company’s business model revolves around “the purchase, rehabilitation, and resale of distressed single-family residences.” The homes purchased are frequently in foreclosure. The company was named Redondo Beach’s business of the year in 2015, not long after opening a new office on Manhattan Beach Boulevard.

In 2015, the company was sued by the Camaal family of Rialto. The Caamals alleged that Wedgewood decided to evict the family despite the Camaals providing proof that they qualified for a loan to purchase the house. The Caamals lost at trial and in a 2019 appeal. At the time, protests against the company took place at Wedgewood’s Redondo Beach office and at CEO Gregory Geiser’s Manhattan Beach home.

In 2016, the Manhattan Beach City Council heard an ordinance to ban “targeted residential picketing,” before allowing it to die, citing concerns it might violate First Amendment rights to rights to assemble.

In December, Wedgewood’s Redondo Beach office was subject to a protest led by Moms 4 Housing, during which the organization’s membership submitted a letter addressed to Geiser.

During Monday’s conference, members of Moms 4 Housing argued that the military-style eviction could have been prevented — and that the power of the people caused Wedgewood to change course.