One dead after two-passenger Cessna crashes near Torrance Airport 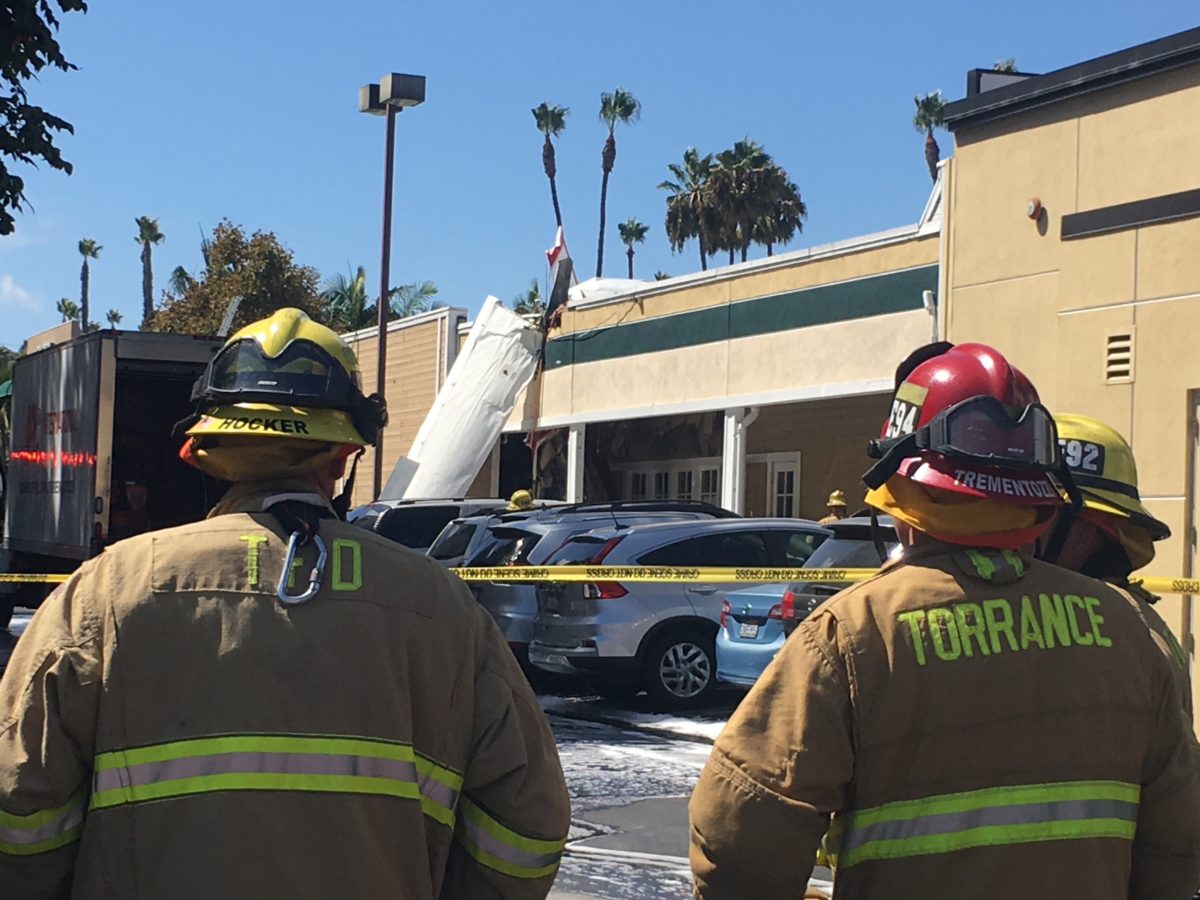 One person died and a second person was taken to the hospital after their single-engine Cessna 177 took off from Torrance Airport and then crashed about one mile away into the roof of a building at the corner of Crenshaw Boulevard and Pacific Coast Highway. The building is in the 25300 Block of Crenshaw, next to California Pizza Kitchen

“I saw the plane not more than 100 feet off the ground, bank hard to the right and then bank down into the roof of the building,” former Redondo Beach mayor Steve Aspel said. He said the crash took place a few minutes after noon. ER