Manhattan Beach retailers board up windows as precaution against rioters 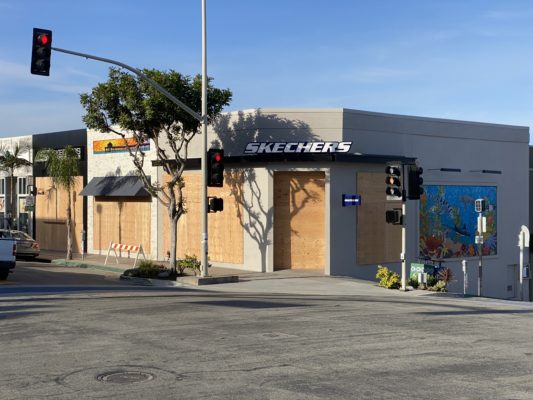 Skechers was one of many downtown Manhattan Beach stores that was boarded up over the weekend as a precaution against looters. Photos by Jefferson Graham

Half a dozen Manhattan Beach stores boarded up their windows over the weekend as a precaution against smash and grab rioters. Among the stores that proactively boarded up their windows and closed their doors were Skechers, Manhattan Grocery, Ercoles bar, Tabula Rasa Essentials and Bo Bridges Gallery. The action came just one week after the Memorial Day weekend when retailers throughout Los Angeles County were allowed to reopen. The stores had been closed for nearly two months as a result of the Statewide COVID-19 Shelter At Home order.

Retailers were responding to fears that the last five days of rioting in neighboring Los Angeles, Santa Monica and Long Beach might spread to the Beach Cities. The rioting was triggered by the death in Minneapolis of George Floyd, a black man, at the hands of a white police officer. 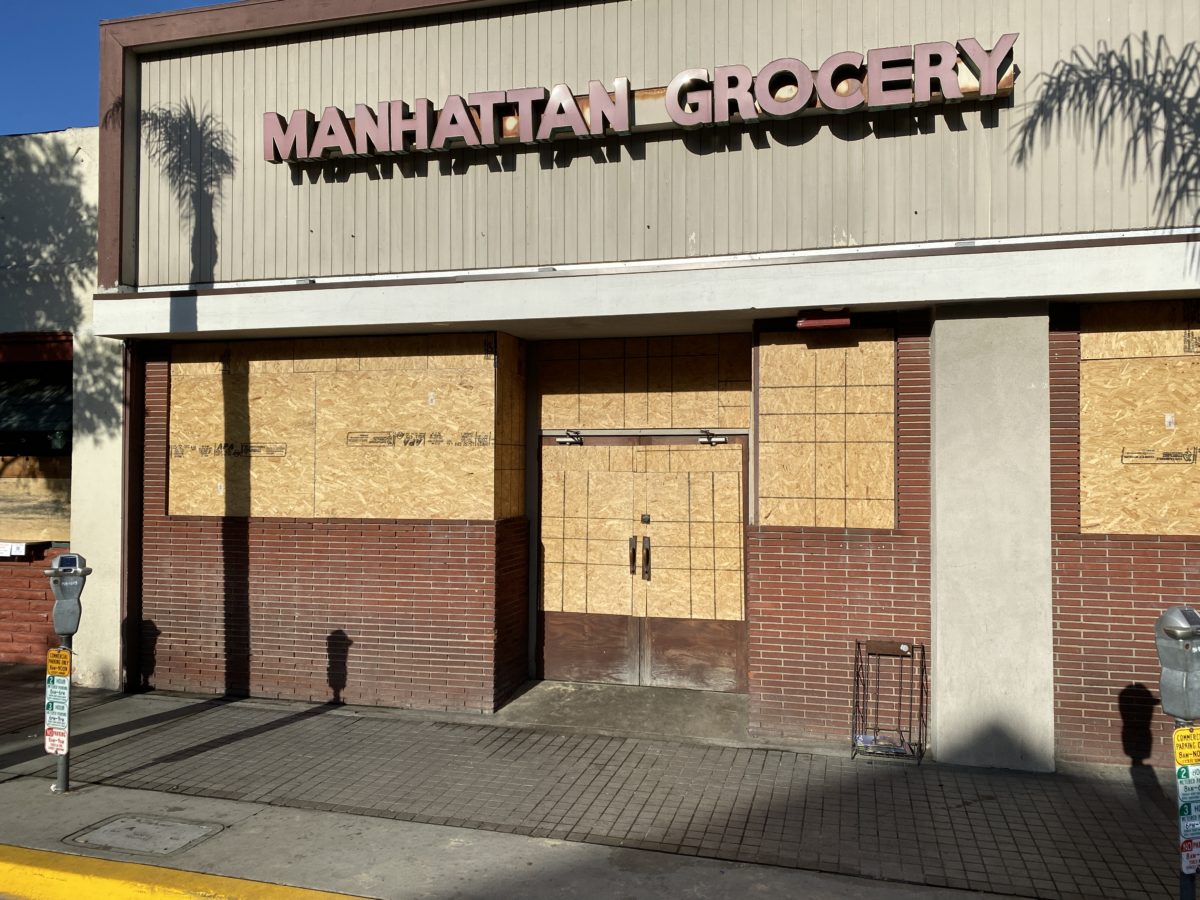 Manhattan Grocery was boarded up over the weekend, in the wake of the L.A. riots

Despite concerns about the rioting, most stores in downtown Manhattan Beach, including Vons, Coffee Bean and Tea, Starbuck’s and Noah’s Bagels remained open. The 24-hour Kettle restaurant re-opened for dine-in customers Monday for the first time since March.

The chiefs of police of Manhattan Beach, Redondo Beach and Hermosa Beach each issued separate statements over the weekend critical of both the Minneapolis police officer responsible for George Floyd’s death and the nationwide rioting that followed.

Manhattan Beach Police public information officer Sgt. Tim Zins said Monday morning, their had been no disturbances in the city attributable to the George Floyd protests. A protest planned for Bruce’s Park, named after the black family that once owned the beachfront property, was canceled by the organizers, but then rescheduled for Monday.

Manhattan Beach mayor Richard Montgomery, who rode along with police officers Sunday night, said the police are “everywhere” in Manhattan Beach and have enlisted the help of other departments, in case there are flareups. “We will be ready.”

A curfew will be imposed in Manhattan Beach, from 6 p.m. Monday through 6 a.m. Tuesday. “We’re taking it day by day,” Montgomery said. “Hopefully this is short-lived.”

At the Hermosa Beach pier on Sunday afternoon, Hermosa Beach police presented a show of force to several dozen bicyclists who had stopped at the pier head after having disrupted traffic on Rosecrans Avenue as they bicycled to the beach. The mostly teenager cyclists dispersed after five police patrol cars lined up in front of them. 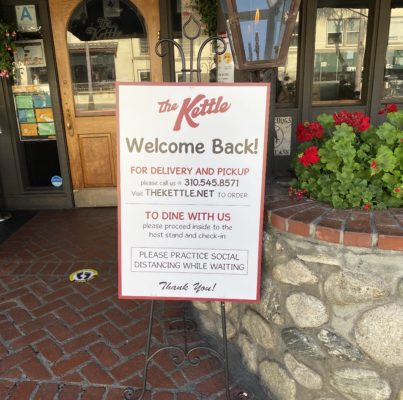