“Our Towns” – Made for you and me [MOVIE REVIEW] 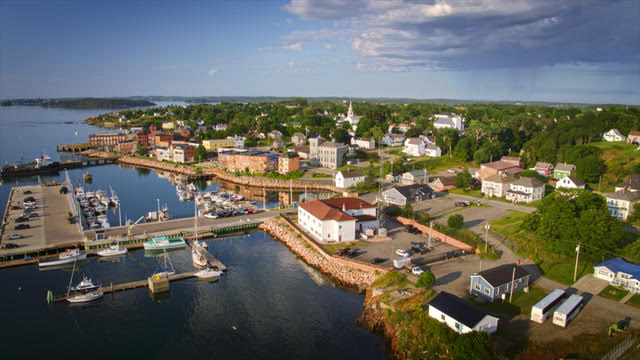 “Our Towns” is a thoughtful documentary based on the book Our Towns: A 100,000 Mile Journey into the Heart of America” by husband and wife journalists James and Deborah Fallows. Retracing some of the steps the Fallows took in their book, Steven Ascher and Jeanne Jordan directed this visually beautiful and thought-provoking film, co-written with the Fallows.

Believing that there is much to learn from life in towns and small cities that had fallen on hard times during past economic downturns and had found ways to regenerate, they decided to focus on the communities of San Bernardino, California; Sioux Falls, South Dakota; Columbus, Mississippi, Eastport, Maine; Charleston, West Virginia; and Bend, Oregon.

What each of these towns and cities had in common was the loss of an industry, whether it was fishing in Maine, or lumber in Oregon, or coal in West Virginia. These towns all suffered greatly within recent decades and have all found ways to come back. And the one thing they had in common was a devoted and determined citizenry.

Following the Fallows and recording their interviews with the people of each town, we are introduced to mayors who were able to attract niche industries; librarians who extolled the virtues of the library as a hub for development; newspaper publishers who stressed the importance of local news; and young entrepreneurs who, almost literally, made lemons into lemonade by leading the charge to redevelop downtown areas. The inhabitants all talk about the artistic and cultural strengths of their niche in small town America. 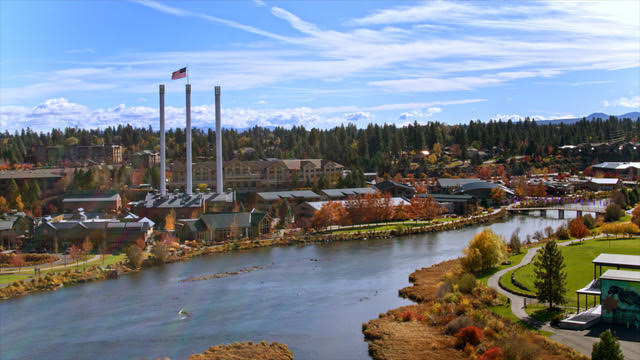 Too often these days the focus is on the decaying of our cities and towns and the lack of promising outcomes. The Fallows focus on the hope for a better future and the people they’ve met along the way illustrated the possibilities.

People of all ethnicities are seen, at least in some of the towns. Immigrants, people of color, and native Americans are all featured, or at least in the towns where they have something of a presence.

Diversity of ethnicity was specifically sought out and what they have is very telegenic, from the Native American cultural ceremonies to readings from slave diaries. In some cases, such as Eastport and Bend, it feels a bit forced because these are very white communities that were blue collar in origin. Bend has changed the most as it went from a logging town that was abandoned when the industry disappeared to chic tourist destination attracting ex-patriot Californians because of life style and affordability. But that’s picking at the slightly frayed edges of a feel good story. The Fallows made a point of stressing that any kind of political discourse was off the table because of these divisive times.

Ascher, Jordan, and the Fallows have produced an upbeat, optimistic view of what we can be. That we are shown positive images of locals working together to achieve a better environment is just fine. This film was never intended to scratch beneath that surface.

This is a well-produced, beautifully filmed documentary that will make you feel better about what could be the future if everyone worked together for a common goal; at least for the length of this breezy film.