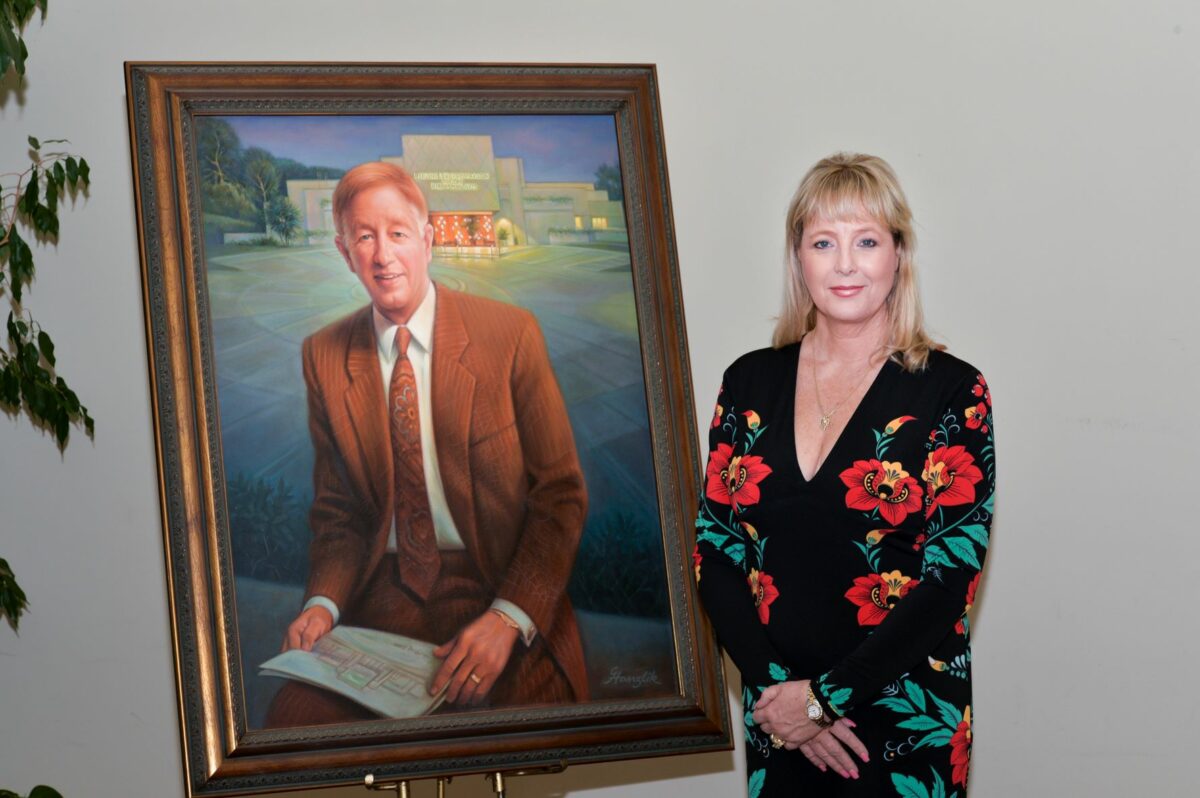 PVPA Executive Chairman Julie Moe Reynolds with a portrait of her father Dick Moe, who was instrumental in raising money for the Pavilion construction. Photo by Philicia Endelman

The outcome may rest on a decades old verbal agreement

Palos Verdes Performing Arts, the nonprofit that runs the Norris Theatre, and the Harlyne J. Norris Pavilion in Rolling Hills Estates, is locked in a parking dispute with owners of the neighboring Promenade at the Peninsula. The dispute hinges on a decades-old, verbal agreement between Promenade builder Ron Florence, and PVPA founding benefactor Dick Moe. Both Florence and Moe are deceased.

Moe Reynolds hopes to expand the Norris Pavilion to include four new dance studios, for which she has received a $2 million donation. But city planners have told her the expansion can’t proceed without assurances she has sufficient parking.

Moe Reynold’s parents, Joan and Dick Moe, helped found the Norris Theatre in 1977. In the late 1990s, Dick Moe chaired the fundraising campaign for construction of the Harlyne J. Norris Pavilion, across the street from the theater. 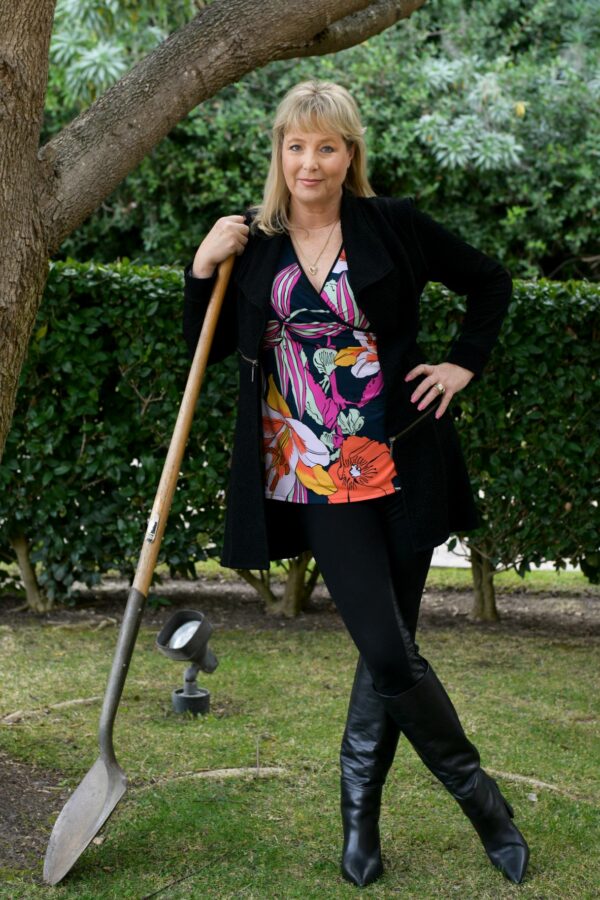 “My father had a verbal agreement with Promenade developer Ron Florence for 75 spots, and we’ve been using them for 22 years,” Moe Reynolds said. “It’s never been a problem.”

The parking dispute began three years ago, when the Promenade owners first challenged the validity of the verbal agreement, and asked for $5,000 a month for use of the 75 parking spaces.

“Why would I pay anything?” Moe Reynolds said. “Whatever agreement I make now is going to grow and be a thorn in the side of whoever takes over from us.”

One month later, the Promenade sued the Palos Verdes Performing Arts for trespassing.

The civil suit alleges the Norris Pavilion has no right to the 75 parking spaces in the Promenade parking structure.

“Defendants’ unauthorized overuse of the Parking Structure for the past four years has damaged the Plaintiff in excess of $75,000,” the suit alleges.

Moe Reynolds said the structure’s more than 1,000 parking spaces are rarely filled, and estimated PVPA uses only about one-quarter of them, primarily in the evenings and on weekends. The Promenade is largely occupied by medical offices, which are generally not open on weekends.

“This is a money grab by a mall that’s not doing well,” said PVPA attorney Stephen Goldberg. The attorney said the non-profit has a “prescriptive easement” to the parking lot.

“The law says if you’ve been doing something openly, continuously, and uninterrupted for more than five years, you have a right to do it forever,” Goldberg said.

He also said the verbal agreement for the 75 parking spots is referenced in a 1996 Rolling Hills Estates staff report to the Planning Commission.

Moe Reynolds said she was “hurt and flabbergasted” when the Promenade owners would not recognize the verbal agreement her father had made with the shopping center’s original developer.

“They’re basically saying my father’s a liar,” she said.

She said she made a personal plea to the mall owner, Promenade LLC, a Pennsylvania company, to allow PVPA customers to continue using the 75 parking spots at no charge. The company responded that they would take the request under consideration, Moe Reynolds said.

“They don’t live here,” she added. “They don’t care about our community.”

Promenade LLC issued a statement through Medak, saying it “has no comment on the pending litigation.”

Moe Reynolds said she hopes to obtain a judicial order to allow her patrons to park in the 150 parking spaces allocated to the Norris Theatre, which are not in dispute and the 75 spaces for the Norris Pavilion, which are in dispute.

She said she is determined to continue her parents’ mission to provide arts education and performances for the Peninsula, and to make the Norris Theatre, and Norris Pavilion self-sustaining entities.

“My goal is to have my great, great grandchildren on that stage, for them to have dance classes, and to learn to act, and sing at the Pavilion,” she said. PEN