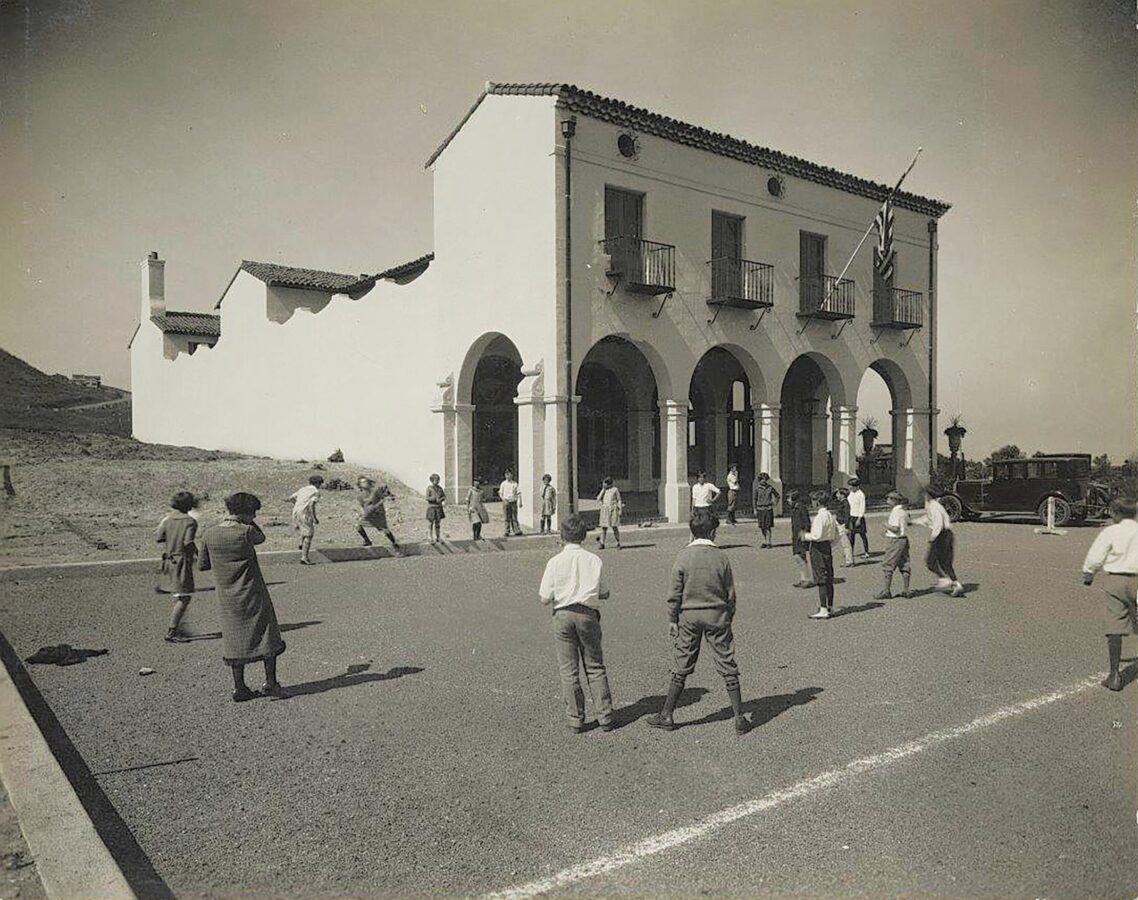 The arcade walkway along the easterly side of the building is essentially unchanged.

The Gardner Building, dedicated in 1925, remains one of Palos Verdes most prestigious commercial addresses 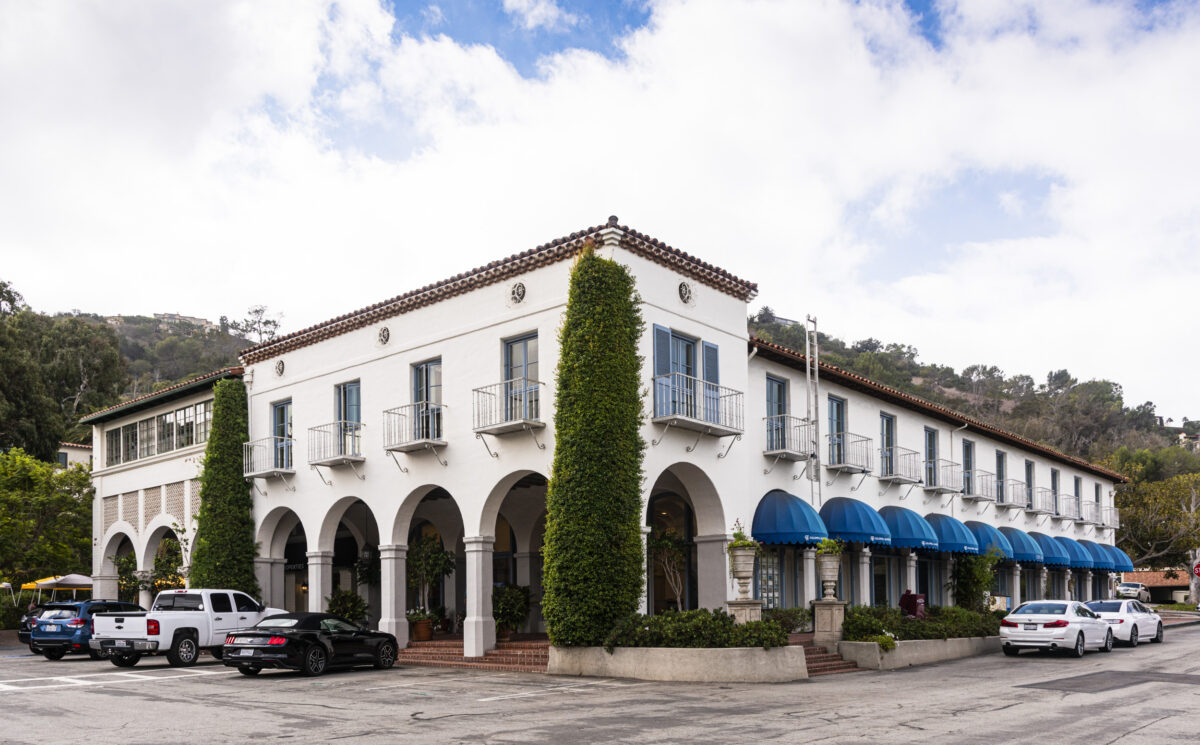 On October 13, 1981, the building was dedicated as a historical site by the Rancho de los Palos Verdes Historical Society and is currently on the National Register of Historic Places.

The Gardner Building in Malaga Cove Plaza is a Spanish Colonial style, commercial building named after W.W. Gardner, the original landowner. Gardner hired the architectural firm of Webber, Staunton and Spaulding to design what became the very first commercial building to be in Palos Verdes Estates.

The Gardner Building cost $57,000 to build. It was dedicated September 13, 1925 at a ceremony attended by mayors, other dignitaries, and Chamber of Commerce presidents from throughout the region. The February 1930 Palos Verdes Bulletin announced that the Gardner Building was to be called Casa Primera, in keeping with the Spanish-named streets and architectural character of the city. Its early tenants included the first Palos Verdes public library, the Palos Verdes Homes Owners Association, the Palos Verdes Art Jury and Building Commission, and Bruce Drug Store, founded by Wallace E. Bruce in November of 1926. Its new location included a popular, old fashioned soda fountain, and a long wooden ice cream bar with bar stools for meetups and camaraderie. 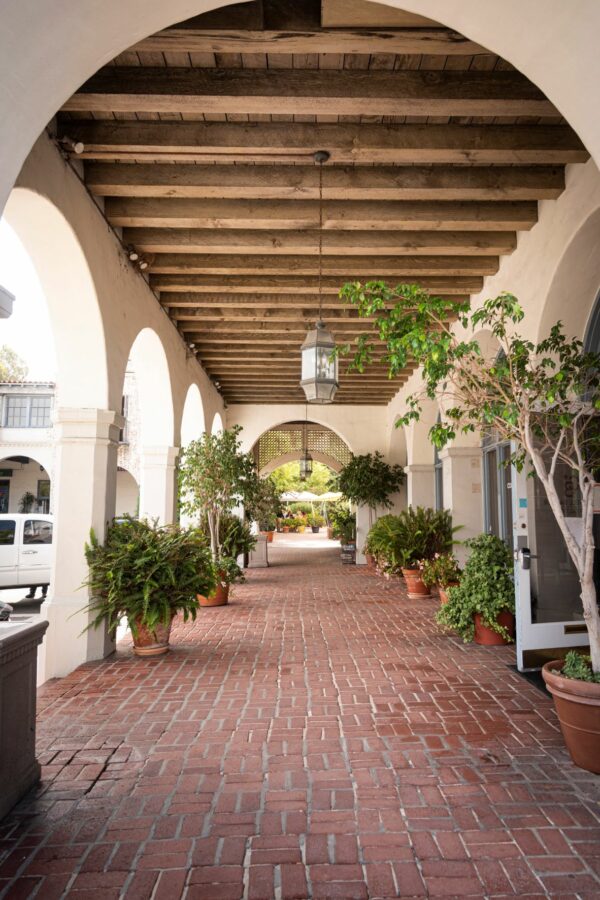 The arcade walkway along the easterly side of the building is essentially unchanged.

Prior to 1925, Palos Verdes students had attended schools in Redondo Beach, which were part of the Los Angeles City School District. In 1925, the new Palos Verdes School District was formed and the Gardner Building housedthe city’s first school that went from elementary school through the eighth grade. High school students still attended schools in Redondo Beach. On October 1, 2021, The Gardner Building was entered onto the National Register of Historic Places. This was a dream realized by the late previous owner, Sherman Louie, who had painstakingly completed the paperwork. Regrettably, the designation arrived by mail almost exactly one year after his passing. His daughter, Gayley Louie, says her father had purchased the building in 1998 because of its historical significance to the city. It was the only commercial building he had ever owned, she said. The aerospace engineer enjoyed once a week walking the Plaza at sunset and having a bite to eat at the Neptune Fountain.

“My father took great pride in maintaining the building. Whatever monies were necessary to keep it well preserved and in good shape, he spent willingly.”

His son, Dr. Wayley Louie added, “My father wasn’t scared to tell people that he was very proud to own a piece of history.” In his spare time, Sherman refereed Los Angeles Unified basketball and volleyball games. He personally sponsored many Chinese-American teams based in downtown Los Angeles.

Gayley remembered that her dad loved playing sports and refereeing teams. One of Sherman’s goals that went unrealized due to his unexpected passing, was to have a photo of himself wearing his UCLA Letterman’s jacket, surrounded by his family, in front of the Gardner Building.

The Gardner Building is on the market for the first time in almost 25 years. It’s over 12,000 square feet and has a mixed group of tenants, including longtime tenants Coldwell Banker and STEMS Floral Design, a developer and a wine company. This building has benefited from the many visionaries who have owned it.

Gayley recalled what her father repeatedly used to tell her, “Don’t study so hard, because there is more to life. You have to go out and live it.” PEN