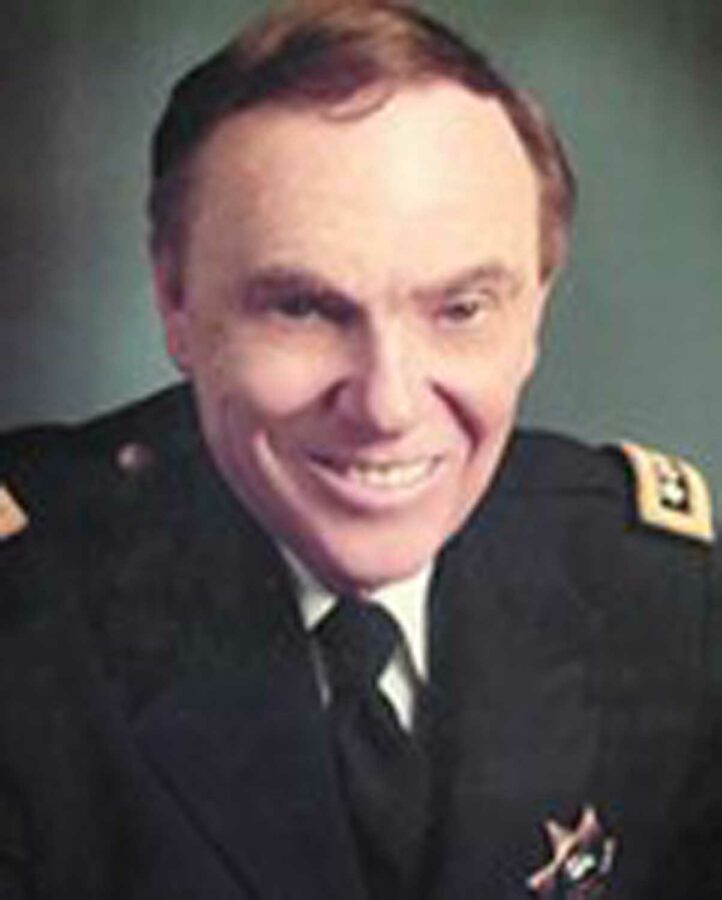 Shortly after Harry Kuhlmeyer returned from fighting in World War II in Italy with the Tenth Mountain Division, he turned down a contract to play with the Boston Red Sox. He didn’t like the weather back east and decided instead to become a police officer to pay his way through law school.

During an interview with the Santa Monica Police Department, the chief asked him why he wanted to be a police officer.

Kuhlmeyer answered, “Hell, I’m just looking for a job.” He was hired that day.

Kuhlmeyer passed away Jan. 12 at age 94 in the Santa Monica home where he was born and raised.

In 1953, Kuhlmeyer joined the Manhattan Beach Police Department, where he rose through ranks to become chief in 1980.

Three years later, in August 1983, the frank-talking, low profile chief was presented with the McMartin Preschool case. Therapists and medical doctors identified dozens of McMartin preschool children as sexual abuse victims. Raymond Buckey, the sole male teacher at the preschool, owned by his grandmother Virginia McMartin, was the primary suspect.

At the start of the investigation, Kuhlmeyer sent a letter to the parents of approximately 200 current and recent McMartin preschoolers. It asked the parents to contact the police department if they had any evidence that their child had been abused.

Later, Kuhlmeyer said, “That may not have been the best idea in the world. But at the time, we only had one or two kids [as victims], and we wanted to get the news out. We didn’t have the resources to go down and knock on everybody’s door.”

The letter further alarmed the city and led to increased pressure for Buckey’s arrest. But it failed to elicit evidence to corroborate stories of abuse told by what would soon become hundreds of children to child therapists and allegedly confirmed by a doctor who examined the of children.

Despite the increased pressure, Kuhlmeyer still refused to take Buckey into custody. His detectives could find no corroborating evidence.

“Why hadn’t any of the suspects copped a plea, why no mea culpas, no suicides? No one got drunk and bared his soul. If everything the kids said happened, it looked like the perfect crime. Even the Mafia has snitches,” Kuhlmeyer said at the time.

When the Los Angeles County District Attorney’s office, which was also under pressure from the community, drew up an arrest complaint about Buckey and brought it to Kuhlmeyer, he refused to sign it. So newly appointed District Attorney Robert Philibosian, who was in a difficult election race against challenger Ira Reiner, took the case to the Los Angeles County Grand Jury, which routinely rubber stamps indictment request.

Frank Oliver, a Manhattan Beach motorcycle officer and detective during Kuhlmeyer’s tenure, said, “Harry had passed the bar and really knew the law. Whenever we had legal questions he had the answers. And he didn’t put up with nonsense.”

But he did like to give his officers nicknames, Oliver said. “I was Shades, Captain Ray Burgess was Duck. Lt Kent Mastick was Goose. Fred McCuen was Fox. Captain Robert Quinlan, who would devote a chapter to Kuhlmeyer in his book Code 7, was Q. The janitor Bob Lesslee was Broom.”

While a Manhattan Beach police captain Kuhlmeyer arrested a man urinating against the police department building after having wandered up the street from the Shellback Tavern. Because the man had no identification but said he was a blind Alaskan Indian, Kuhlmeyer booked him as Tonto and charged him with being blind drunk.

The humor earned Kuhlmeyer a two-day suspension, according to an account of the arrest in Code 7, cop slang for a meal break.

According to former Hermosa Beach Police Officer Paul Wolcott, Kuhlmeyer lied about his age to enlist in the Army just days after Pearl Harbor. When he was sent to Colorado to train with the Tenth Mountain Division, a unit of skiers and mountaineers, he thought there had been a mistake. He was a Santa Monica boy and had never even been in the mountains. After he complained, he told Wolcott, the answer he got was, “The Army doesn’t make mistakes.”

After the war, Kuhlmeyer became a longtime member of the 10th Mountain Division Association.