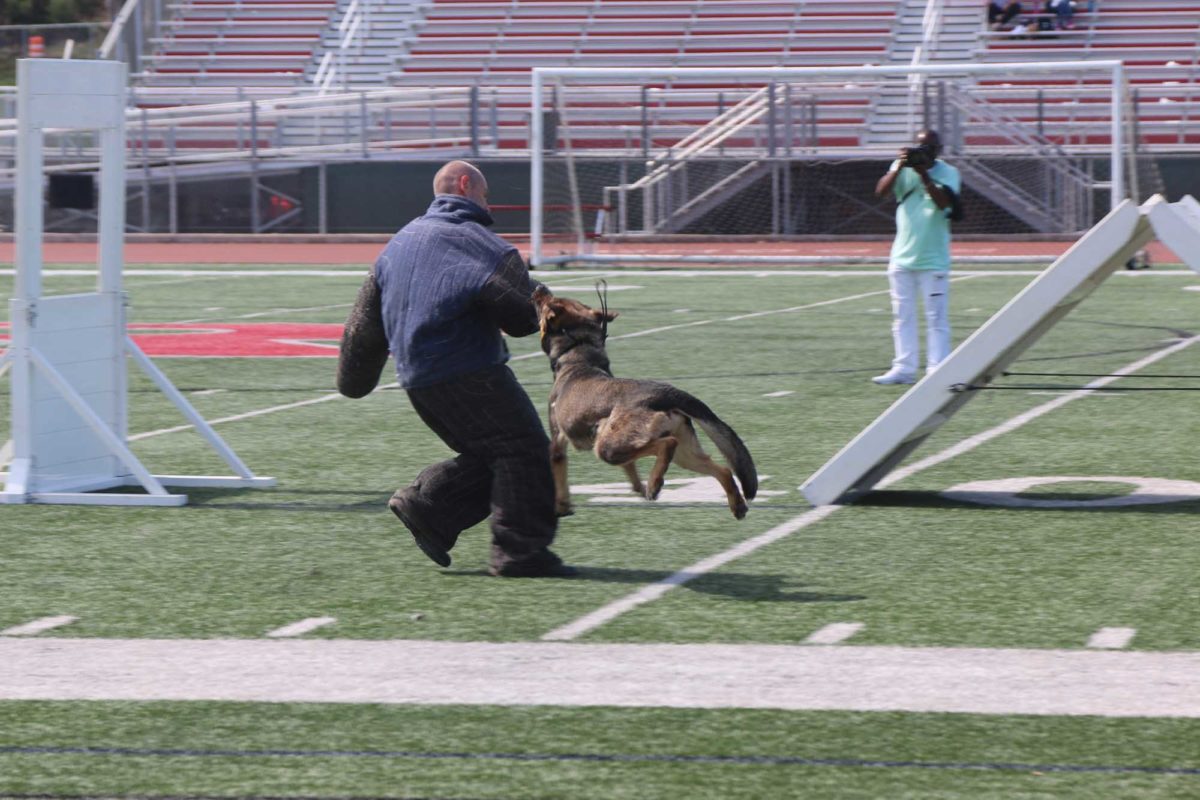 Hundreds of spectators filled Redondo Union High School’s Sea Hawk Bowl on Saturday afternoon for a K9 demonstration by more than 30 police departments from around Los Angeles County. The event was sponsored by the Redondo Beach Police and the Los Angeles County Police Canine Association.

Attendees were treated to a demonstration featuring an LA County Sheriff’s Department K9 being lowered from a helicopter, and police dog drills, including a test of LA County’s “toughest” K9s. That competition saw police dogs attempting to bring down a foam-suited “suspect” in spectacular, impactful fashion.

The demonstration was a blast from the past for Redondo Beach, which hosted annual police K9 trials and competitions, before the trials moved about a decade ago.

“This show has been at Santa Monica for years, and they were looking for a new location,” RBPD Sgt. John Bruce said. “A week after that, we brought [the LACPCA] down, connected them with the school district, and made it happen.

“It’s our first year doing it and we’re going to keep on doing it,” Bruce said.

“I’m hearing they’ve never seen these many people at their events that they’ve never run out of programs before, so this is pretty neat,” RBPD Chief Keith Kauffman said. “It’s amazing how supportive the community is of K9 programs, and it gives them a first-hand look of what we do and what the results of the training are.”

Redondo Beach Unified School District board member Brad Waller was present with his family, continuing a tradition of attending K9 demos at the school.

“The police have always been a great partner with us, and I’m so happy we were able to bring this back after the years it’s been gone,” Waller said. “I’d love to see this come back next year and every year.”