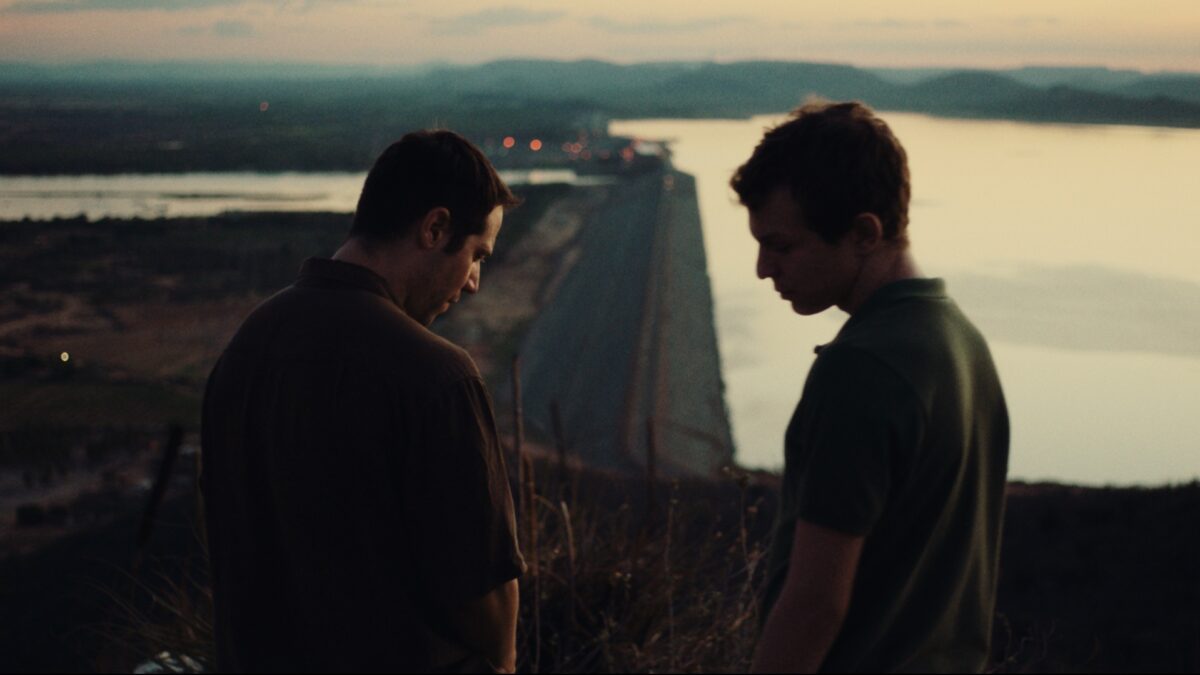 “Private Desert” is a remarkably nuanced story about love, masculinity, expectations, and vulnerability. That it involves two men is incidental. Directed by Aly Muritiba and co-written by Muritiba and Henrique Dos Santos, “Private Desert” gently surprises at every turn by unwrapping layer after layer of character and emotion.

Daniel, suspended from his job as a teacher at the Police Academy in Curitiba, Brazil, an upscale city south of São Paulo, is untethered. Caring for his elderly father who suffers from Alzheimer’s, Daniel must navigate the repercussions of his suspension for the senseless assault on one of his students, now prominently featured on social media, his impending trial, and the ghosting by his internet girlfriend who has recently stopped responding to his texts. In short, Daniel is a lost soul. Handsome, he is as perplexed by his brutality as others are. Certainly there is a level of machismo demanded by society for police officers, but even his colleagues are wary, as illustrated by a close friend who is reluctant to give him an off-the-books job monitoring security at a nightclub. 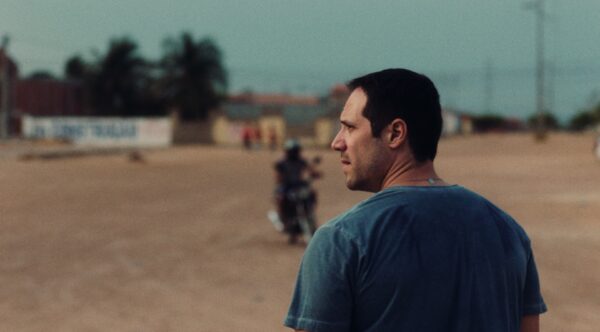 Daniel has gone over the edge and even he is unable to explain his reaction. That Sara, his soulmate, has stopped communicating is too much to bear. Although they’ve never met in person, he has shared his innermost feelings, stopping short of recounting his recent transgression. With Sara he can be gentle and express his vulnerabilities. The loss of her is unbearable. Ordered by his chief to report for anger management training, something that might offset the punishment that is bound to result from his trial, Daniel decides, instead, to find Sara. Leaving his father in the care of his sister, he loads up his car and drives 2,000 miles north to Sobradinho, a small, distressed town in Bahia. Nothing could be farther economically, historically, racially, or metaphorically than Daniel’s city and that of Sara.

Meeting in a dimly lit nightclub, Daniel’s hopes are dashed when Sara appears and then disappears again. Distraught, Daniel texts Sara to try to understand why she fled. It was, as they both acknowledge, because of the video of his assault, now ubiquitous on the internet. 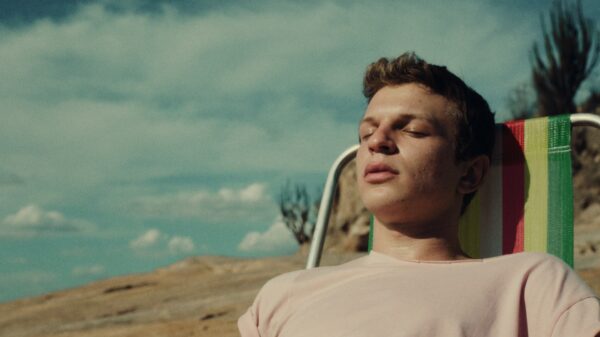 Muritiba now lasers in on Sara and her story. She is Sara only by night, gowned, bewigged, and made up. By day, she is Robson, a young dock worker living with his evangelical grandmother. His father, dismayed at discovering Robson’s true “nature,” beat him mercilessly and deposited him on the doorstep of the grandmother. Delicate, considerate, vulnerable, Robson found an almost accepting home in this Bahian village with a grandmother whose only demand was that he accompany her to church. The pastor is a hellfire and brimstone preacher whose interpretation of the Bible and the sins therein is quite literal. When grandmother can no longer ignore Robson’s orientation, she enlists the pastor’s help. Conversion therapy is called for and Robson, recognizing that a choice between conventionality and happiness is no choice at all, rejects this path and is on the first step towards self-acceptance and the resultant painful consequences.

Maria agrees to meet Daniel again and confesses that she was repelled by his potential for violence and the machismo it represented. Revealing himself as Robson, Daniel is infuriated. Feeling betrayed, humiliated, and inexplicably drawn to Robson, he retreats, angry but in control of his fists. Who, Daniel wonders, is he to have been fooled so effectively? More to the point, who is he really?

And that, without revealing the subtle humanity of the ending, is what Muritiba and Dos Santos have done best. In their deep study and development of these two characters, they have delved into an exploration of “what is a man.” Self discovery and the possibility of hope opens up a better future for each of them even if it’s not together.

In Portuguese with English subtitles.

Opening September 9 at the Laemmle Royal, Laemmle Glendale, and the Noho 7.