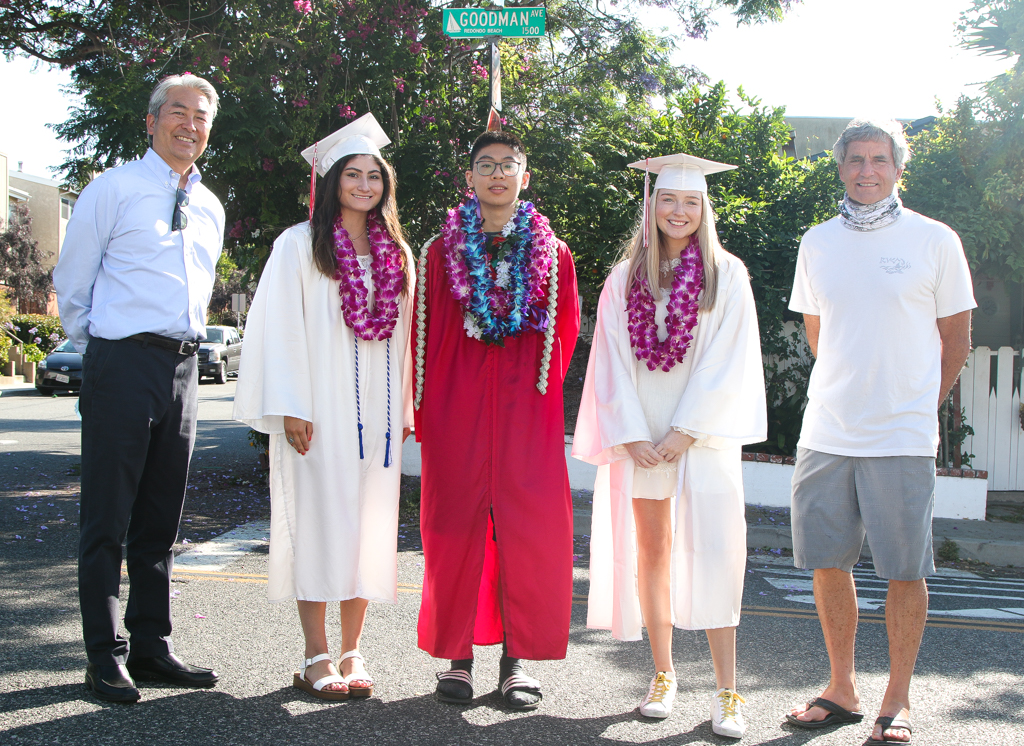 Were it not for the pandemic six Redondo Union High seniors, all residents of the 1500 block of Goodman Avenue, would have joined classmates in receiving their diplomas in Sea Hawk Stadium last week. Instead, neighbors threw a block party for them. That was fine with graduate Hunter Wong. “I’m not big on ceremony,” he said. Plus, he got to talk public policy, one on one, with Redondo Beach Mayor Bill Brand and State Assemblyman Al Muratsuchi, who dropped by the block party. Wong is majoring in public policy at UC Riverside next year.