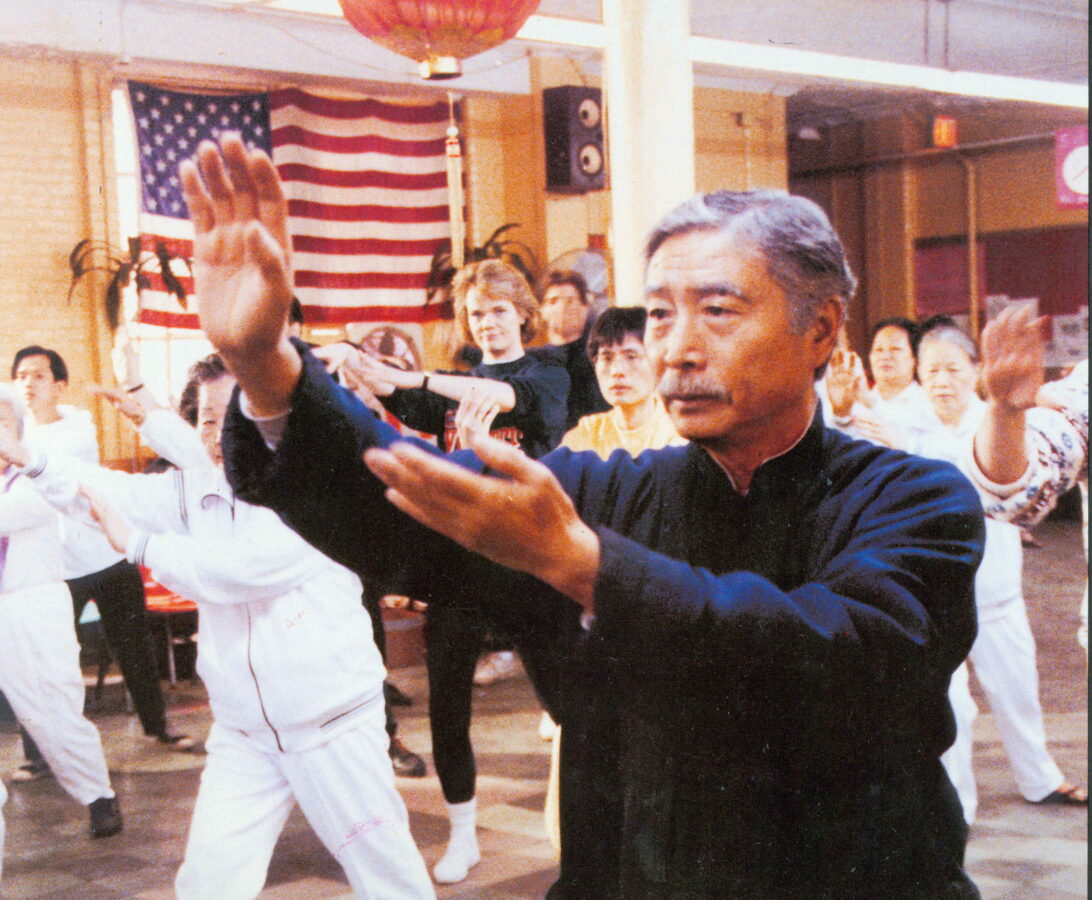 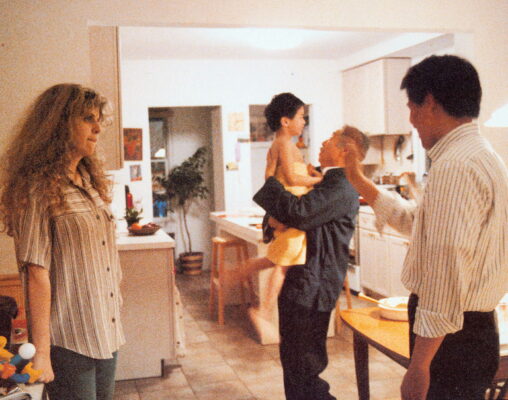 “Pushing Hands” was the auspicious start of Ang Lee’s directorial career. Not only was this an accomplished film right out of the gate, but he had already envisioned this as part of a what became a trilogy he called “Father Knows Best” that also included “The Wedding Banquet” and “Eat Drink Man Woman.” A father, in direct conflict with his children, is the center of all of these films. But even more interesting and significant in “Pushing Hands” is that it showcases his masterful understanding not just of generation gaps but of culture clash in general.

Alex Chu has recently brought his father, tai chi master Mr. Chu, to live with him, his anglo wife Martha, and their son Jeremy in suburban New York. Martha, high strung, is a novelist who writes at home and her workspace has been upended by her father-in-law who speaks only Mandarin. It’s only been a month but the gulf between the two of them is widening. Alex, caught in the middle, is trying to be the good Chinese son to repay all that his parents did for him. His father lived a difficult life in Beijing because of the Cultural Revolution. The Red Guard beat his wife to death while he stood helplessly by, trying to protect a very young Alex. Caring for his father in old age is what a good son should do. He did not, however, take into consideration that this would place a hefty burden on his wife.

Finding Mr. Chu a job teaching tai chi and kung fu at the nearby Chinese Cultural Center while young Jeremy takes classes in Chinese culture and Mandarin is a hopeful start. It is at the Center that Mr. Chu meets Mrs. Chen, a cooking teacher, and a connection is made. She was brought over by her daughter for the same reasons. Both feel lonely and unwanted. 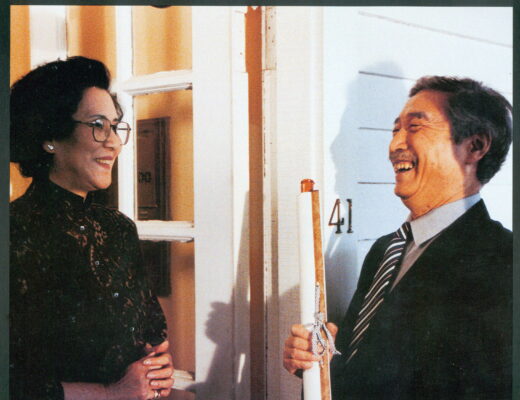 But Martha wants either a larger house or to be rid of her father-in-law. The continued conflict is tearing the family apart. Mr. Chu, a very proud man, leaves a note for his son and disappears in the night. No job skills, no English, no friends, he goes to the one place he knows he can survive — Chinatown. He soon makes his presence known, so well known that he lands on the news. His notoriety brings Mrs. Chen back into his life because she, too, has landed in Chinatown.

As first movies go, this is a winner. Written with James Schamus, who would go on to co-write many of Lee’s films, including “Eat Drink Man Woman” and “Crouching Tiger Hidden Dragon,” the story is an excellent introduction to the family conflicts inherent in cross-cultural marriages. Come to think of it, Lee’s non-ethnic films deal with these conflicts as well. After all, the very root of conflict in “Sense and Sensibility” and “Brokeback Mountain” is culture clash and the boundaries imposed by society.

What undercuts this as a first movie, however, is the lack of character development in everyone but Mr. Chu, and on a lesser scale, Mrs. Chen. Martha, played by Deb Snyder, is so unsympathetic that she is little more than a harriden. Bozhao Wang as Alex has no nuance in his portrayal of a son trying to do the right thing. He seems to have only two expressions — quizzical or ragingly angry.

Lai Wang as Mrs. Chen imparts a warmth as soon as she enters a scene. Her character articulates the difficulties of adjusting in an environment that never feels like home. Her presence at the end of the film is like the bow on a nicely wrapped package. Finally, and best of all, Sihung Lung as Mr. Chu displays the complexity of his character without ever uttering a single word in English. A well known actor in Taiwan, “Pushing Hands” was the start of a long collaboration with Lee that included the other two “Father Knows Best” films as well as “Crouching Tiger, Hidden Dragon.”

First released in 1991, “Pushing Hands” is presented in a new 2K restoration and is well worth the revival.

In Mandarin and English with English subtitles.