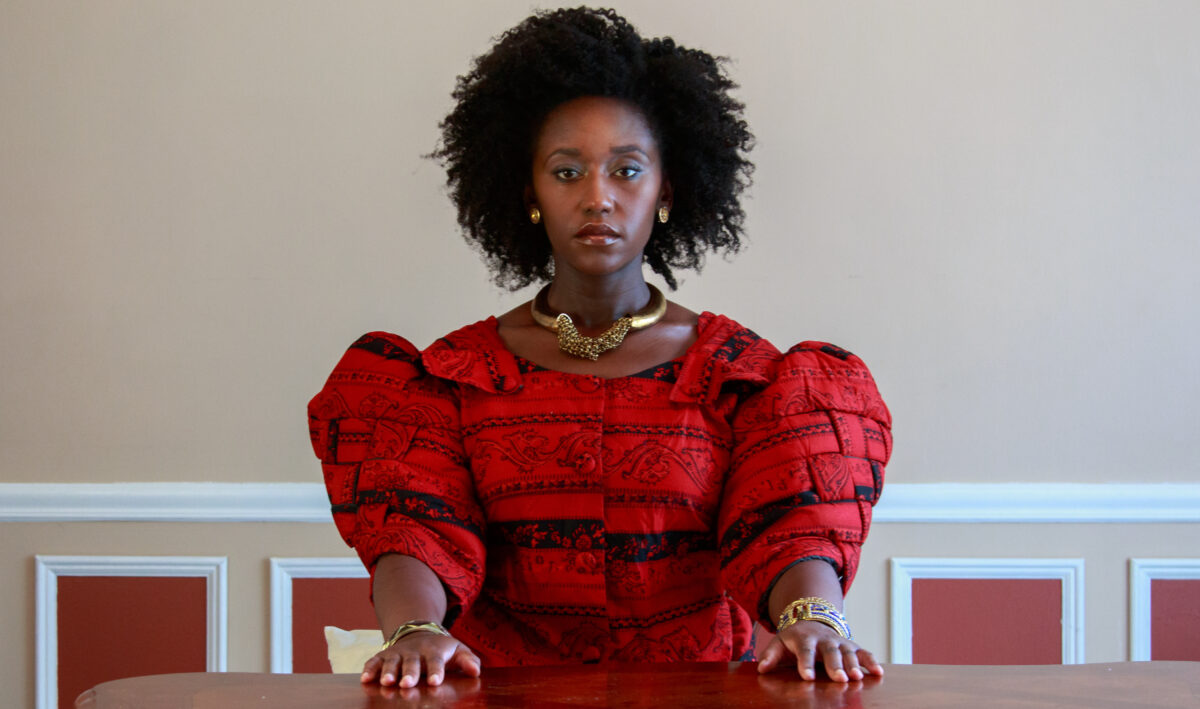 Nana Mensah as Sarah in "Queen of Glory." Photo courtesy of Film Movement.

In Nana Mensah’s feature writing and directing debut, she attempts to be all things to all people, including herself as lead actress. There is much to praise, but more to criticize.

Nana Mensah as Sarah in “Queen of Glory.” Photo courtesy of Film Movement.

Menasah tells the story of Sarah Obeng, a young Ghanaian-American graduate student at Columbia University. On the cusp of writing her dissertation on Molecular Neuro-Oncology (I have no idea what that is and my husband is a Neuroscientist), there is no question that she is gifted. She is also very distracted by the affair she is carrying on with her married colleague. He will soon be leaving for Ohio State to take up a position and she plans on following him, completing her thesis there. He has assured her that his marriage is over and soon they’ll be together. Yes, I know, you can see that one a mile away.

Suddenly, however, there is another monkey wrench in her plans when her mother dies suddenly and she must attend to the funeral arrangements in the Bronx. There is humor in the reconciliation of what is the bigger culture clash – her Ghanaian roots or her home in the Bronx where she grew up. Both are a million miles away from her current intellectual Manhattan existence.

Her aunties treat her like a little girl with inconsequential dreams rather than the brilliant student that she is. Like so many stereotypical characters, they are only interested in when she will start having babies, and also lose some of that bootie she’s accumulated with the junk food she lives on.

Adding one more conflict into the mix is the arrival of her estranged father from Accra. It is family duty that brings him, that and the hope that he will receive something from his wife’s estate. No. It all goes to Sarah; all being the family house and her mother’s religious bookstore. Annoyed, she will have to put off her trip to Ohio. More annoying is that her boyfriend is not returning her texts.

Soldiering on, she visits the bookstore as she assesses its potential for a sale. Running the store is Pitt, a very tattooed ex-con who was devoted to Sarah’s mother. He may have known, or at least understood, Sarah’s mother better than she did. 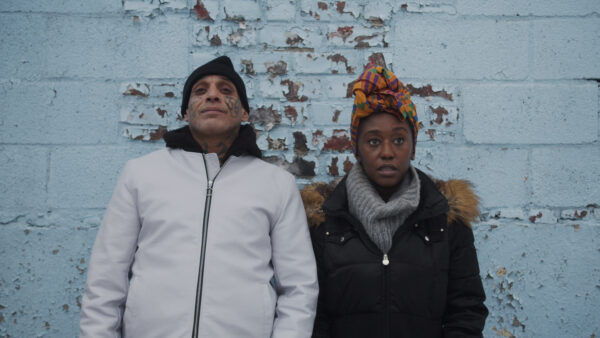 Meeko Gattuso as Pitt and Nana Mensah as Sarah in “Queen of Glory.” Photo courtesy of Film Movement.

Having long rejected the trappings of her family’s immigrant origins, Sarah is gradually sucked back into the culture as she is tasked with the final memorial ritual that involves native dress and foodstuffs that make her gag.

Although full of promise, the film goes off track in its meanderings and the obvious plot points and resolutions, all of which surface early on. You know going in that Sarah will learn some life lessons, get hurt in her affair, and grow to accept where she came from. Nothing wrong in all of that.

Unfortunately, what gets left behind is the woman on her way to making a difference in the world with her degree and research. Mensah would have us believe that she will find more satisfaction in running a religious bookstore than in completing her degree. For me, that was a bridge too far. What she couldn’t do, as a writer, was find a way to embrace her culture and her intellect at the same time. Now that would have been true character growth.

Directed competently from a messy and unconvincing script full of incomplete characters, Mensah relies on her actors to fill in the gaps. Although the cast is fine, they don’t have the depth necessary to fully engage the audience. Nana Mensah as Sarah is very good and holds your attention throughout. It’s not the fault of the actress that she’s led off the path of credibility at the end. Usually when an actor writes and directs a story close to their heart and soul, and clearly this was something dear to Mensah, they invariably choose the wrong person, themselves, to create the central role. In this case, Mensah is a much better actor than writer and tries her best to make us believe in her cultural transformation. Most of the other actors are not at her level. Oberon K.A. Adjepong as Godwin Obeng, her estranged father, is given very little to do and virtually no backstory. Adam Leon as Lyle Cummins, the disappointing lover, never really rises above a stereotype. With the exception of Mensah’s Sarah, the only character of interest and depth is Pitt, played by Meeko Gattuso. As the ex-con bookstore manager, he surprises with his depth and moves the story to its inevitable, if disappointing, conclusion.

Mensah is definitely an actress to watch and has made a convincing debut as a director who can keep the action moving even when she, the writer, gave her little to work with.

Opening July 22 at the Laemmle Glendale.