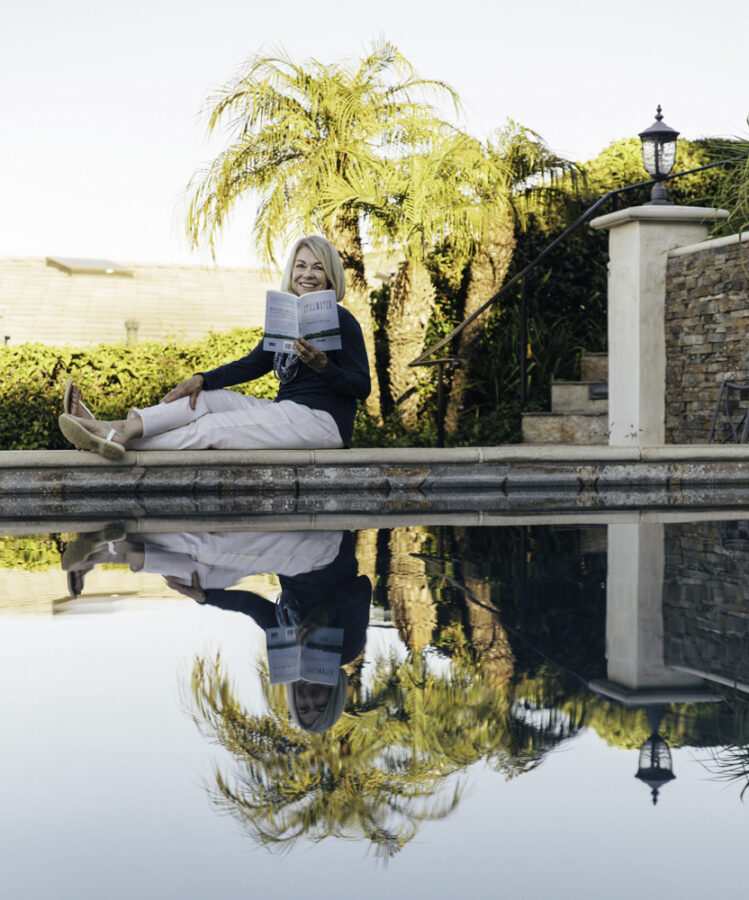 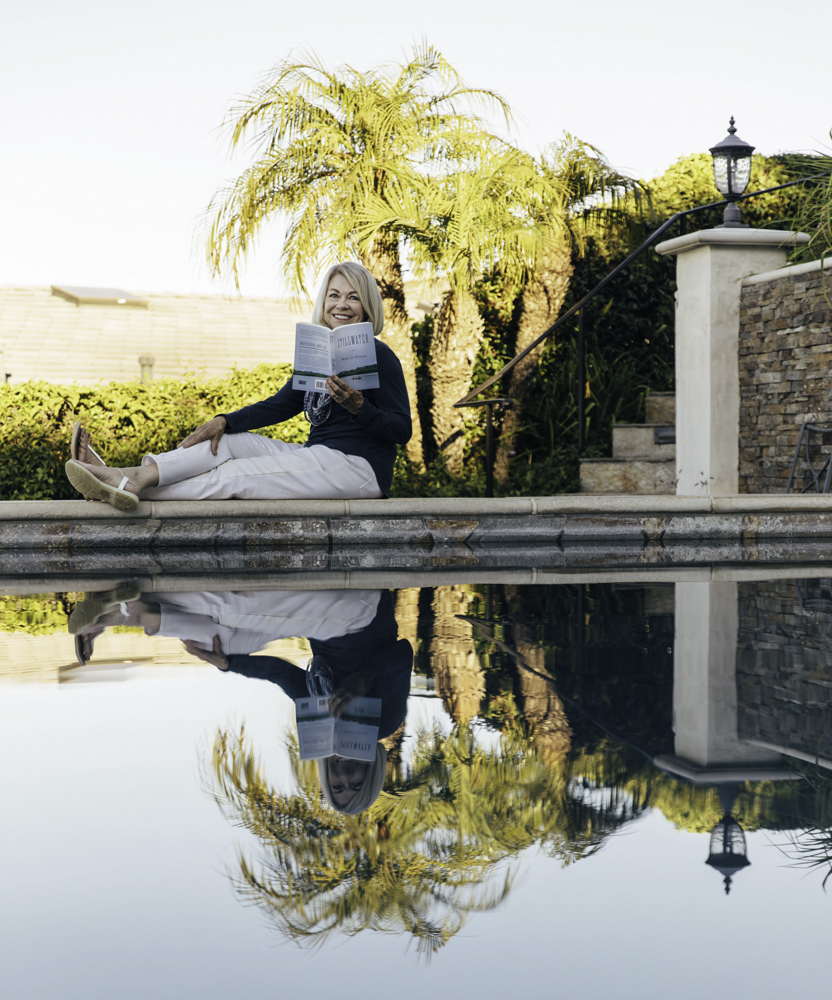 Sitting at her cherry wood desk strewn with papers, pictures and notes in her office, which she describes as her refuge, tears streamed down Mary Jo Hazard’s face as she wrote the ending of her first novel “Stillwater.” Hazard wanted to write a book that would help people better understand individuals who struggle with mental illness. While writing the coming of age book, she came to understand her own father who had experienced severe depression and took his own life.

A three-time children’s author, a retired family counselor and a well-known community leader, Hazard knew in her head that her father, William Dellinger, did not kill himself because he did not love her enough. But finally, decades later, through writing “Stillwater,” she knew this in her heart.

The novel is set in Hazard’s hometown of Stillwater, near Albany, New York. Her book traces the journey of a girl coming to terms with her father’s suicide. “Growing up with a father who was bi-polar, I was aware at a very young age of things that those who don’t grow up like that aren’t. Things were always a little bit heavier for me,” Hazard said.

Heaviness aptly describes what many are feeling in this time of coronavirus. “The COVID-19 pandemic has profound psychological and social effects. The psychological sequelae of the pandemic will probably persist for months and years to come,” reported the Oxford Journal of Medicine in June.

Anxiety about coronavirus coupled with economic hardship and social isolation “is an unprecedented assault on mental health,” according to a recent article in Psychiatry Research. The Centers for Disease Control said that a June survey indicated that 10.7 percent of adult respondents in the United States had “serious consideration of suicide” in the previous 30 days. In 2018, 4.3 percent said that they had suicide ideation in the previous 12 months.

Hazard, a longtime Rancho Palos Verdes resident, said her father was hospitalized for the first time when she was six. “I never really saw him in a manic episode, but there were depressive episodes where he couldn’t work. I remember seeing him crying. He frequently would go into the hospital and have shock treatments. When he came out, he would not be himself, but he wouldn’t be sad anymore. Over the next month he’d go back to being himself again.” 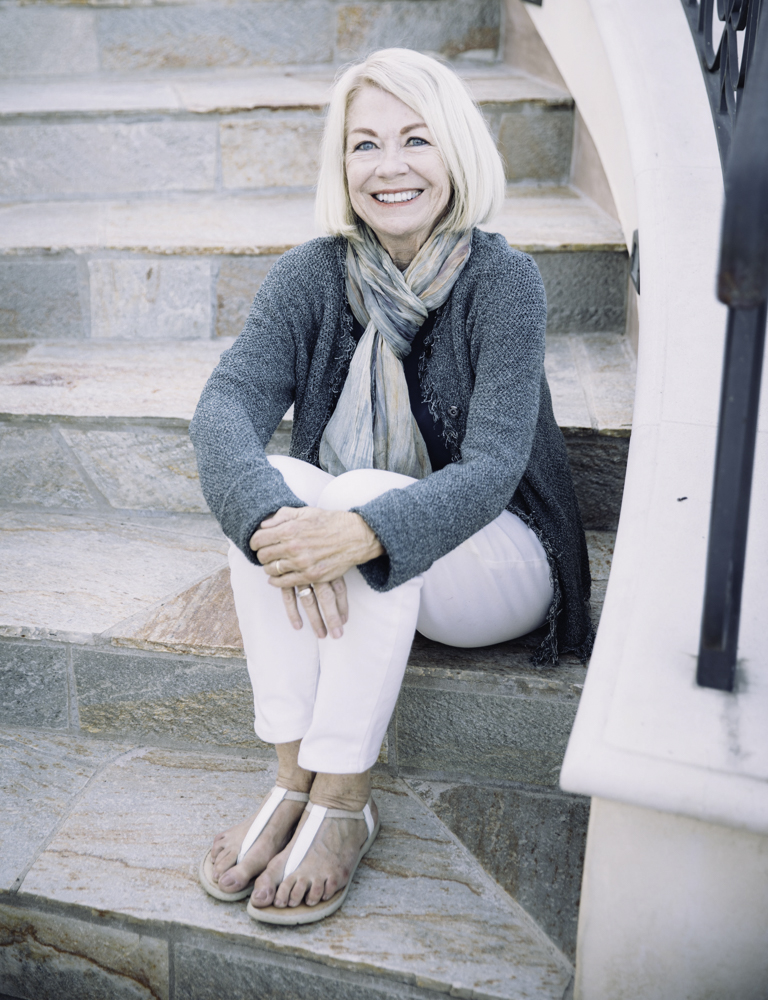 Her books are available at many shops on the peninsula, Terranea, Point Vincente Interpretive Center and Amazon.

These depressive episodes increased until her father was depressed eighty percent of the time,  Hazard said. A family doctor prescribed Dellinger a medication, most likely Lithium. Living in the small Stillwater village, Dellinger saw a psychiatrist only when he was in a hospital. Hazard was 30, married with children, living in California, when her father shot himself on September 24, 1974.

“When someone dies by suicide, it’s horrible,” Hazard said. “My husband and I had the only grandchildren. So, you think to yourself, had we stayed back in New York, this never would have happened. He loved the kids so much; he never would have wanted them to be sad. Then you think, if he loved me, he wouldn’t have done this.”

Hazard did not initially plan on incorporating a suicide plot in “Stillwater.”

But a pivotal “Stillwater” character, Uncle Tony, has mental health issues. The book unveils the assumptions and prejudices some people have towards individuals with mental illness. “I wanted to make people look at mental illness differently,” Hazard said.

Hazard recalled when she was a child, there was a man in Stillwater who struggled with schizophrenia. “He used to ride his bike at night. One summer, there were several fires in the town and many people suspected him,” Hazard said. She integrated some of these elements into her novel but said most of it was “just my imagination. I had created this world that I loved and these characters that I was really interested in. It just took on its own life. And that’s where I wanted to be, immersed in that world. I could write anywhere.” Often after dinner, Victor, her husband of 58 years, clears the table while Hazard writes.

As a child, Hazard dreamed of becoming an author, then a nurse. However, after a riding accident, she realized she would not be able to lift patients, so she decided to study psychology. After earning a master’s of family therapy degree, Hazard worked as a mental health therapist at various South Bay psychiatric hospitals and abuse treatment centers. She counseled survivors of suicide, victims of domestic and sexual abuse, child abuse victims and those with depression. For six years, she also had a private practice.

After 20 years of providing inpatient and outpatient therapy to trauma victims, Hazard returned to her first love – writing. She wrote and self-published three well received children’s books, including “The Peacocks of Palos Verdes.”

Rainbow Services Executive Director Elizabeth Eastlund said, “I’m just really grateful for Mary Jo’s commitment to make the world a better place for people and writing a story like this that hopefully will help others understand how to make sense of the trauma they’ve experienced.”

“Losing a loved one to suicide takes a long time to get past,” Hazard said. “In the beginning you don’t think you can get through the day; but it does get better, you can come to terms with it. For me, it was when I realized that I loved my father. He was a good person. He didn’t do it to hurt me, my mother, sister and brother.”

In the past, when Hazard filled out a health questionnaire at a doctor’s office, she always wrote “heart problems” as the cause of her father’s death. She did not want to be defined as the woman whose father committed suicide. She felt that “his heart was broken.”

“My life happened to be affected by suicide, but that’s not my whole life. I’ve had a wonderful life,” said the mother of four adult children and 10 grandchildren. “I wish my father was here with me today, but he’s not. But I want this book to honor his memory, to let other people know that they can honor people they loved who died by suicide. And there are many ways to do that.”

If you or someone you know has suicidal thoughts, call the National Suicidal Prevention Lifeline at 1-800-273-8255. The NSPF also has resources for survivors of suicide. PEN