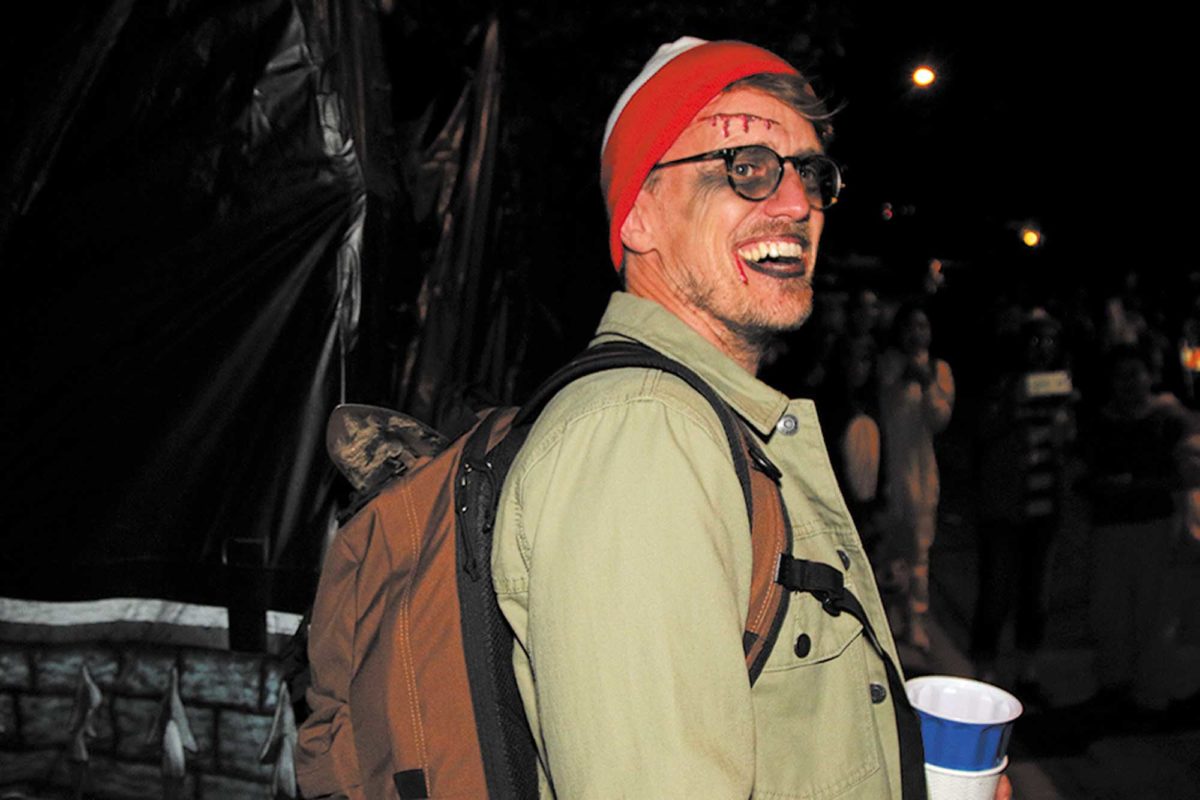 Bloodied “Waldo” Andy Jones steps out of the Keidrowski family’s haunted house as a smiling survivor. Photo by David Mendez

The haunted house on Lomax Lane

The two young teens — one dressed as a panda, the other wearing a costume from the 1995 Michael Jordan movie “Space Jam” — approached the gate at the front of the haunted house on Lomax Lane cautiously. The sun had long since set. The screams from shocked guests of the maze had echoed down the street all night, but momentarily subsided.

Space Jam took the lead. He entered the maze, but was cut off before his second step. A masked man in a white robe popped out of nowhere, screaming and waving a (plastic) knife.

Panda didn’t waste a beat. He turned on his heel, left his friend to the wolves and speed-strolled away. “Nope, I’m out,” he said, hands firmly in his pockets.

Those moments, screams and laughter alike, are why Shawn and Lisa Kiedrowski turn their Redondo Beach home into a haunt each Halloween. Each year for about a decade, the family gives a fright to hundreds of people, at no cost, for the joy of the scare. 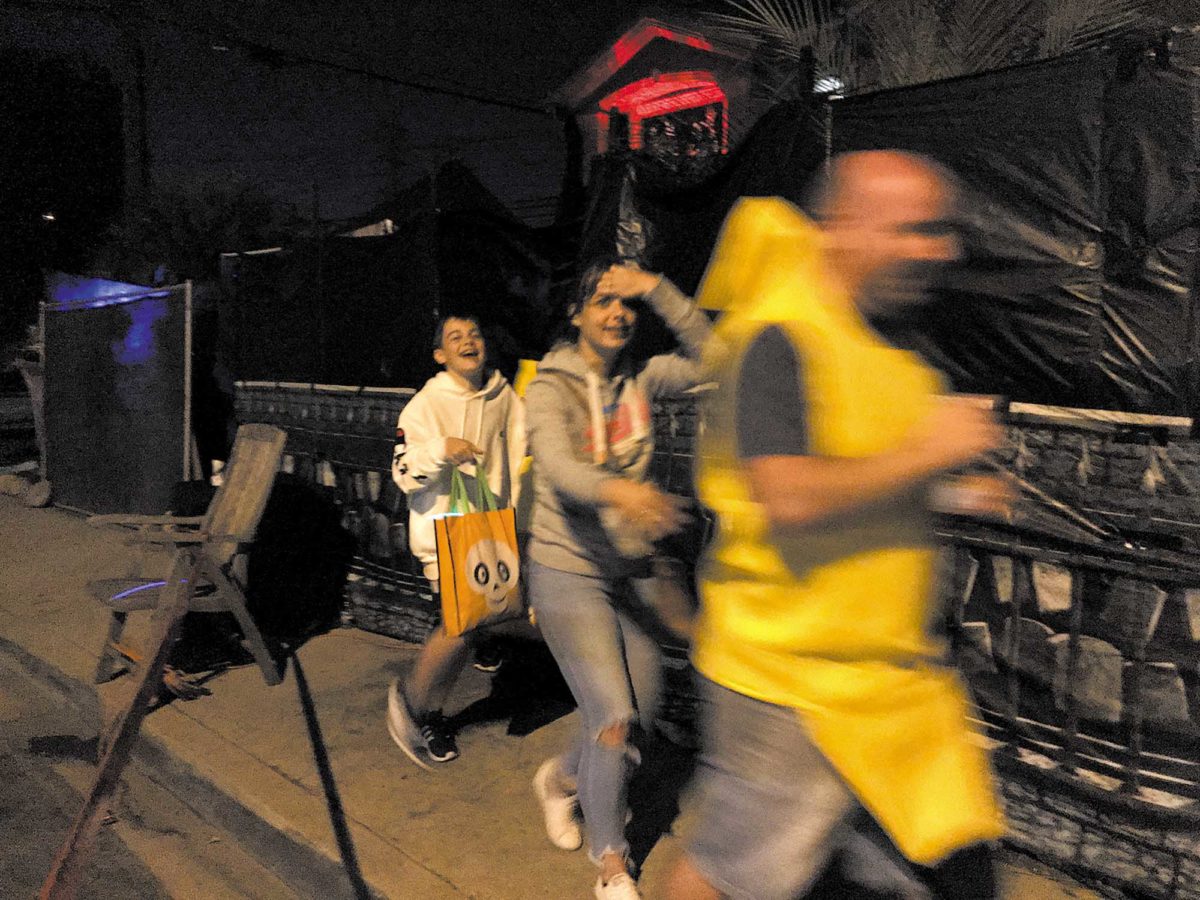 The top banana of a family-sized bunch sprints away from the haunted house’s exit. Photo by David Mendez

“It’s all by word of mouth; no flyers, no ads,” Shawn Keidrowski said. His only bit of advertising, he said, is the sign he hammers down at the corner of Goodman Avenue and 190th Street on the day of the haunted house.

This year offered a bit of a change for the Keidrowskis, Shawn said. For one, he wasn’t dressed up, swinging a chainsaw; he was busy running the show behind the scenes, while Lisa controlled the line in costume (as frizzy-haired “Mildred the Lunch Lady”) for the first time ever.

“Mildred” had her hands full throughout the night; the line seemingly never shrank to fewer than 50 people at any point, and she had to ask every group if they wanted the “little kid” version, or the full treatment. “Little kids” were given a glow stick necklace, and performers went easy on them, with fewer scares.

Go in without a necklace, and the performers — volunteers from Redondo Union High School’s JROTC and theater programs — would do their best to terrorize you. They were good, too. One young man, dressed as a priest, asked a group of huddled, nervous teen girls why they were so scared when “we haven’t done anything to you yet.” They may have seen another performer with a bladed glove chasing patrons out of the maze, screaming at a full dash.

The theme is different every year, Shawn Keidrowski said. The 2019 theme, he said, was a tour of a macabre home, with haunted appliances, spider-infested game rooms, a butcher-shop kitchen and a garden with a sadistic groundskeeper and unusual pruning equipment. Previous years have been more labyrinthian. One iteration stretched off the driveway and down the street, taking 11 minutes to walk through, even at a brisk pace.

Their own children are older now, grown out of the scare game on the way to college. But as long as the community keeps enjoying the houses, the Keidrowskis will keep collecting new props, and keep putting the adventures together.

“I’m giving back to the community and to the kids,” Shawn said, with a beaming smile. “I want them to tell the stories, when they have kids, about the crazy house on the corner, and the crazy guy that would put on the haunted house each year.”

As he talks, he hears a scream and laughter, and he turns his head. “Right there, that’s why we do it,” Shawn said.