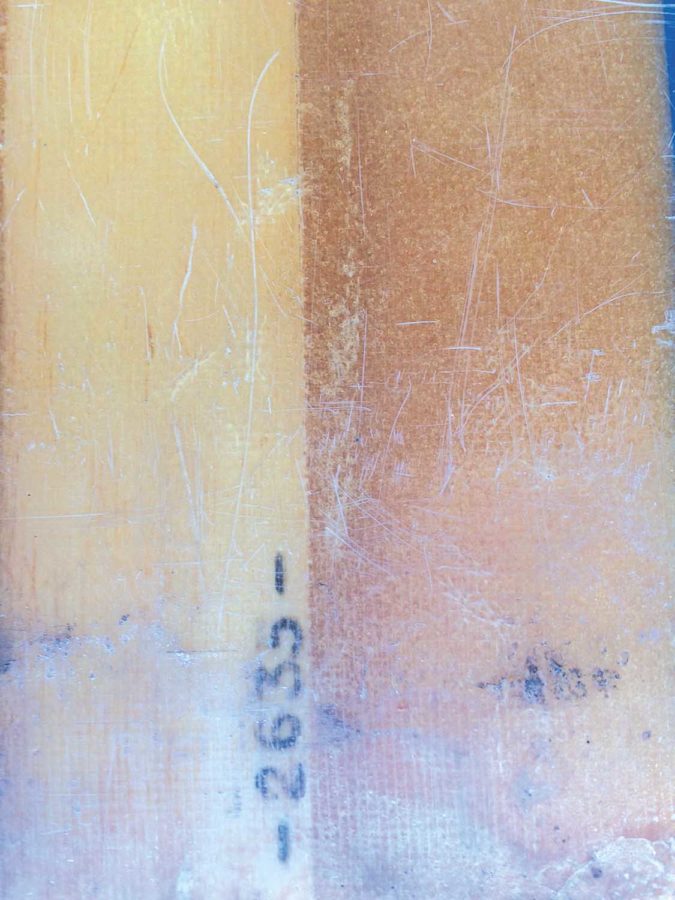 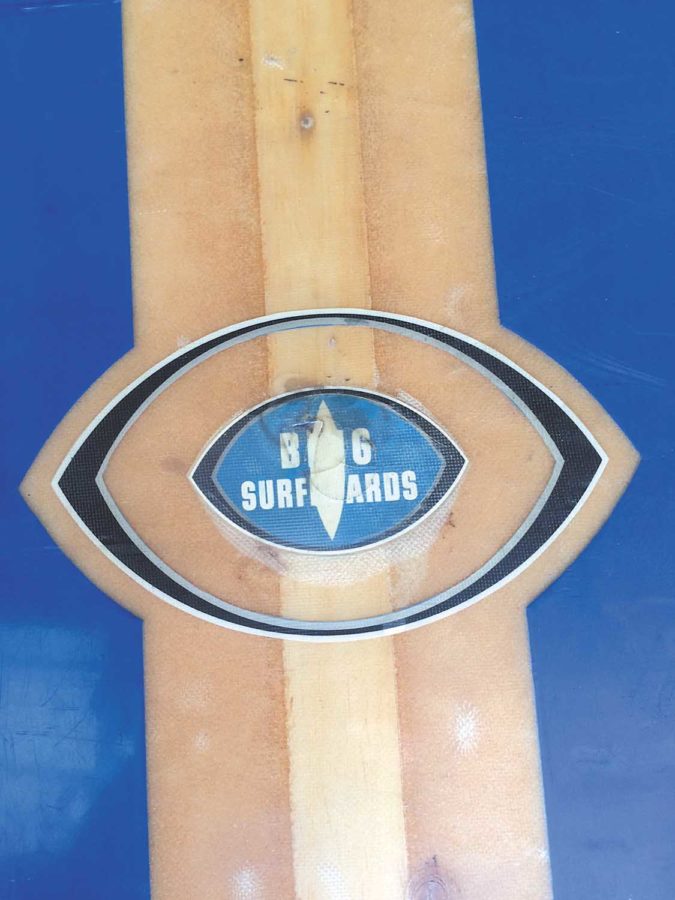 Serial number and laminate that helped track down the original owner of board found in the rafters of a Whitier garage. Photos courtesy of Chris Miller

Last year, Susan O’Connor, of Whittier, contacted Bing Copeland about a surfboard belonging to her recently deceased father. She had found the blue-paneled longboard with an oval Bing laminate in the rafters of her parents’ garage. She told him she wanted to make it into a bench or bar top for her pool house.

“You can do that with an old Greg Noll board. But you better not do that with one of my boards,” Copeland told her. He was joking, but not entirely.

The number 2635 was inked on the board’s three-inch-wide, balsa stringer. Copeland found the number in his meticulously kept register of every surfboard he had ever shaped and determined he made in the early ‘60s for his longtime Hermosa Beach friend and legendary surf and ski filmmaker Warren Miller. Miller had just recently died

When O’Connor learned whom the board had been built for, she gave it to Miller’s daughter Chris. The board was exhibited at the Hermosa Beach Historical Museum during a memorial for her dad last December… 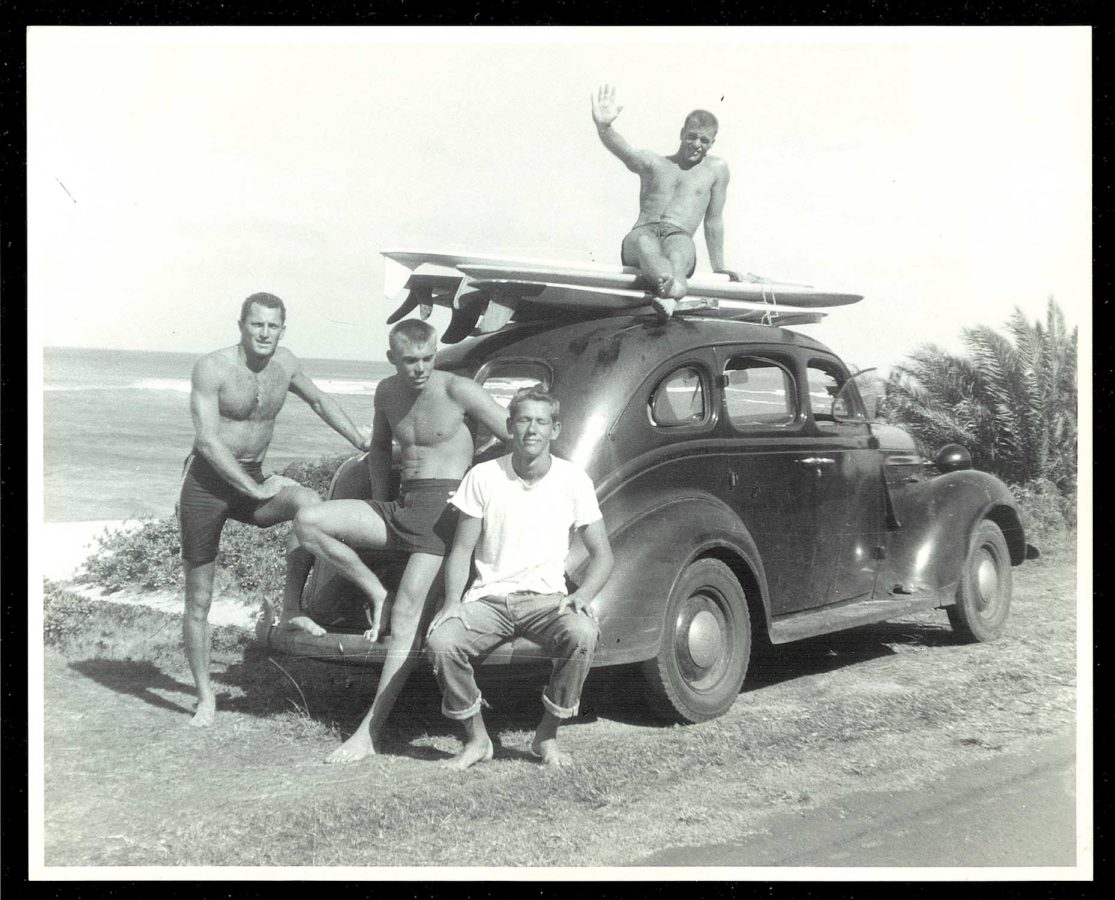 This Sunday, July 21, the board will be exhibited and its story told once again at Dive N’ Surf during the 60th-anniversary celebration of Bing Surfboards. Bing and former employees and team riders will be in attendance.

Bing, along with fellow board builders Noll, Dale Velzy, Dewey Weber, Rick Stoner, and Hap Jacob, established Hermosa Beach as Surf City during surfing’s Golden Era. Bing and Noll learned to shape boards from Velzy at Velzy’s Manhattan Beach shop when they were 13.

After graduating from Mira Costa High School, Copeland and fellow Hermosans John “Merc” McFarlane, Noll, Stoner and Sonny Vardeman pioneered big wave surfing at Makaha, while living in quonset huts and spearfishing for their dinner. In 1958, Copeland sailed to the South Pacific, where he introduced surfing to New Zealand.

The following year, he opened a surfboard shop in Hermosa. His factory on Cypress Street was around the corner from Noll’s factory. With help from some of the world’s best shapers and surfers, among them Hawaiians Donald Takayama, David Nuuhiwa and Dick Brewer, he was soon building 40 surfboards a day. Team rider Rolf Aurness won the 1970 World Surfing Championships on a Bing.

Bing boards, with their curved stringers and parquetry skegs, were as meticulously crafted as the records he kept. In the mid-1970s, with the advent of the shortboard, Bing retired to Idaho. He was inducted into the Hermosa Beach Surfer Walk of Fame in 2003.

Bing surfboards continue to be built by protege and former Hermosa Beach shaper Matt Calvani, whose shop and factory are now in Encinitas.

The Bing reunion will take place from noon to 3 p.m. on Sunday at the Dive N’ Surf shop, 504 N. Broadway, Redondo Beach.