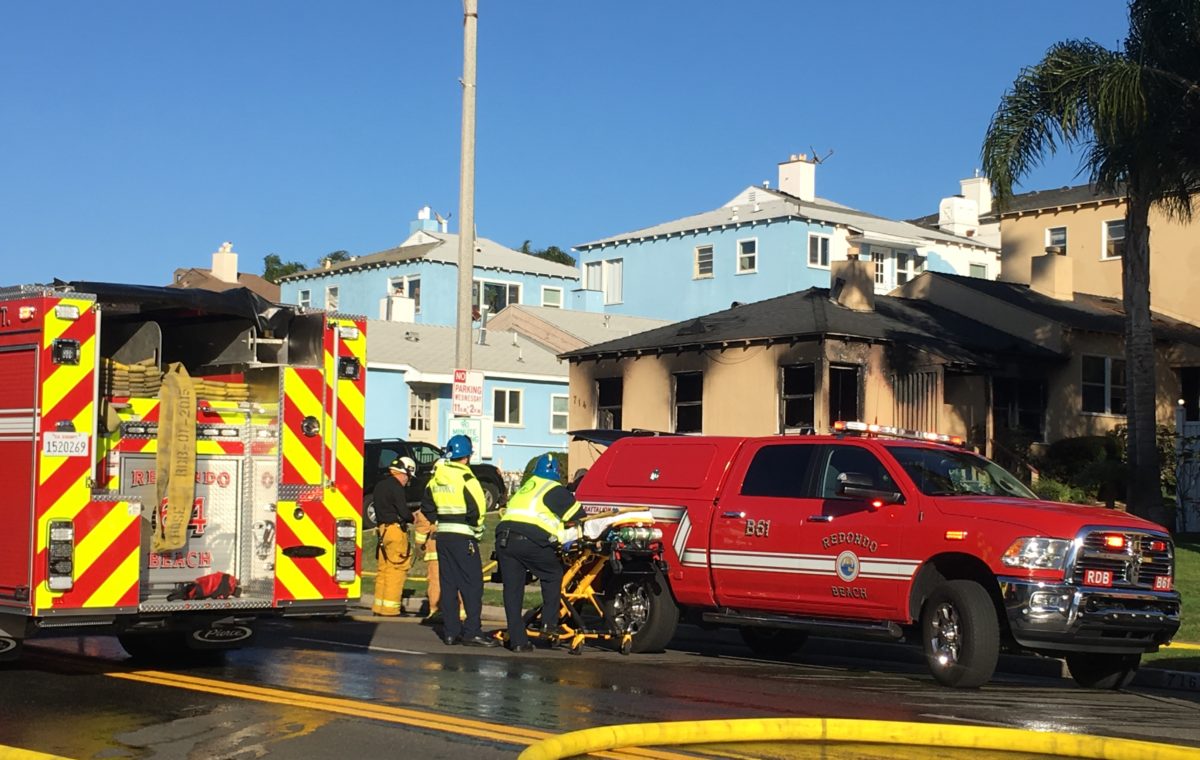 Redondo Beach firefighters respond to a fire near Pacific Coast Highway and Knob Hill in Jan., 2019. Photo by David Mendez

A new, four-year agreement with firefighters that “addresses significant budgetary issues in response to COVID-19” was ratified  by the Redondo Beach City Council on Tuesday, Sept. 1.

Also included in the agreement, on which council members unanimously concurred, are “substantive overtime reforms” in exchange for increased wages and benefits.

A reduction in minimum staffing levels will call for 18 firefighters on duty at any time, one fewer than at present. The department’s ladder truck will be staffed by three members, instead of four. This will save city taxpayers $207,000 annually.

Compensatory and sick time will no longer be counted as “hours worked” when calculating overtime pay, said Diane Strickfaden, the city’s director of human resources.

Salaries will be increased 11 percent spread over the four-year period, starting with a 4 percent increase in July 2021.

Incentive payments for members not claiming sick leave during a fiscal year period will increase to $2,500.

According to Strickfaden, the changes will result in two-year savings of $713,000, which will be largely offset by additional costs in 2023-24.

In other Sept. 1 council action:

Fire and police officials told the council they had “looked into” resident complaints that emergency siren use in the city were particularly bothersome during recent months. Fire Chief Robert Metzger said his department answered 3,618 service calls in February-August 2019, and 3,499 for the same period this year, a 3.3 percent reduction.

Public safety officials suggested that “external” emergency vehicles en route through Redondo Beach to local hospitals may be “contributing to this impression.”

Council member Christian Horvath said “the perception that people are hearing more sirens is because more people are working from home.”

Metzger said medical calls were down because at the pandemic’s outbreak, “I think people were reluctant to go to the hospital.”