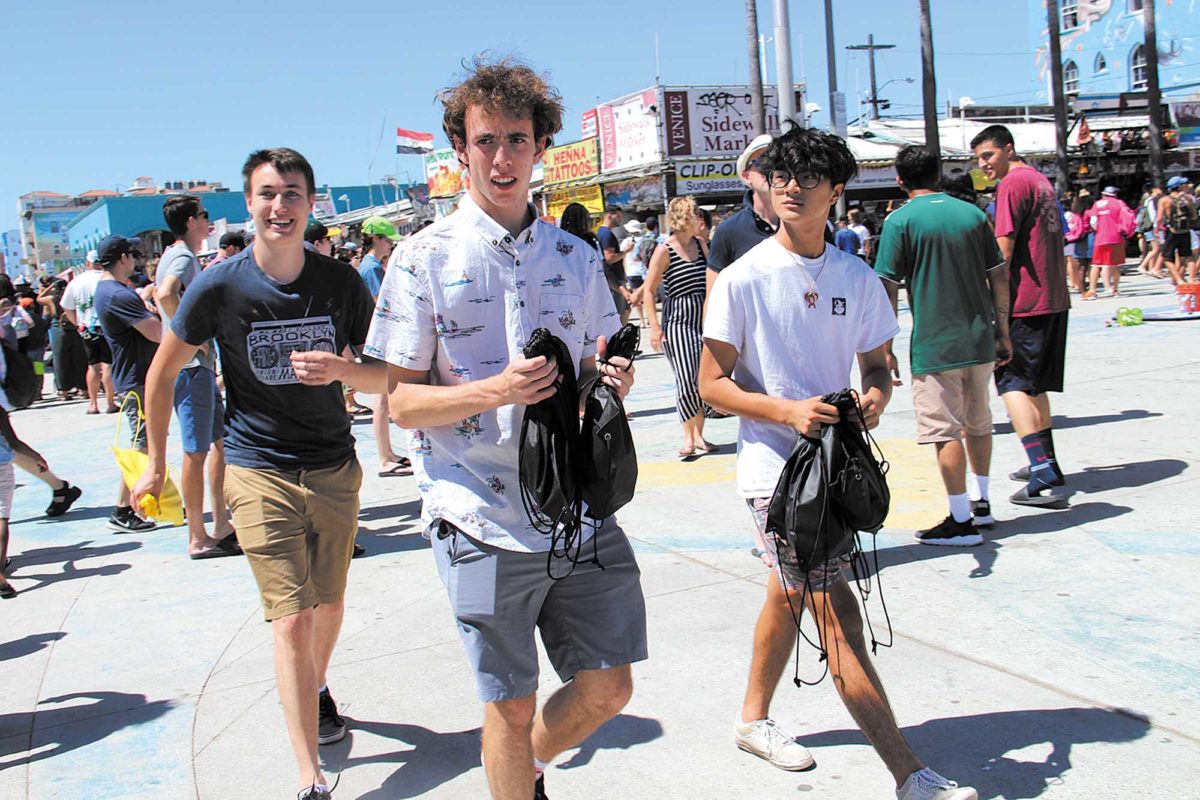 While residents and elected officials struggle with local programs that feed the homeless in Redondo, the city’s next generation has taken matters into their own hands.

The project was born of Dorn’s empathy, when he and friends would visit the well-known West LA neighborhood.

“I would see the homeless, people who were in need, and see people walking by and giving them dirty looks,” Dorn said. “I try and put myself in their shoes, and try to understand how, every day, they get by.”

“We tried to think out of the box: What do people, people just like us, need?” Dorn said. “We just needed the most efficient, helpful items that we know they’ll use.”

Through a mutual friend, Dorn connected with Madison Little, 20, founder of WeProvide LA. Little is a Redondo alumna who moved to California from Indiana three years ago, and started her organization to distribute meals to those in need.

“I felt a calling to serve…my family’s house caught fire when I was in middle school, and we were homeless for a month, in and out of hotel rooms,” Little said. The experience, she said, gave her a taste of what people experiencing homelessness have to live with, and her ministry was born from there.

Little’s group provided the meals, while Dorn’s assembled the supplies, and on Saturday they distributed the bags.

The groups tend to focus on homelessness hotspots — homeless neighbors in the Beach Cities, they say, are too spread out.

Dorn acknowledges that the supply bags are temporary, but that’s by design — they’re meant to hold people over.

“Everything is temporary, but if you think ‘it’s just temporary, it won’t work,’ then literally nothing will get done,” Dorn said. “If everyone tries temporary fixes, they could just put a dent in helping the homeless, and that’s our main focus.”