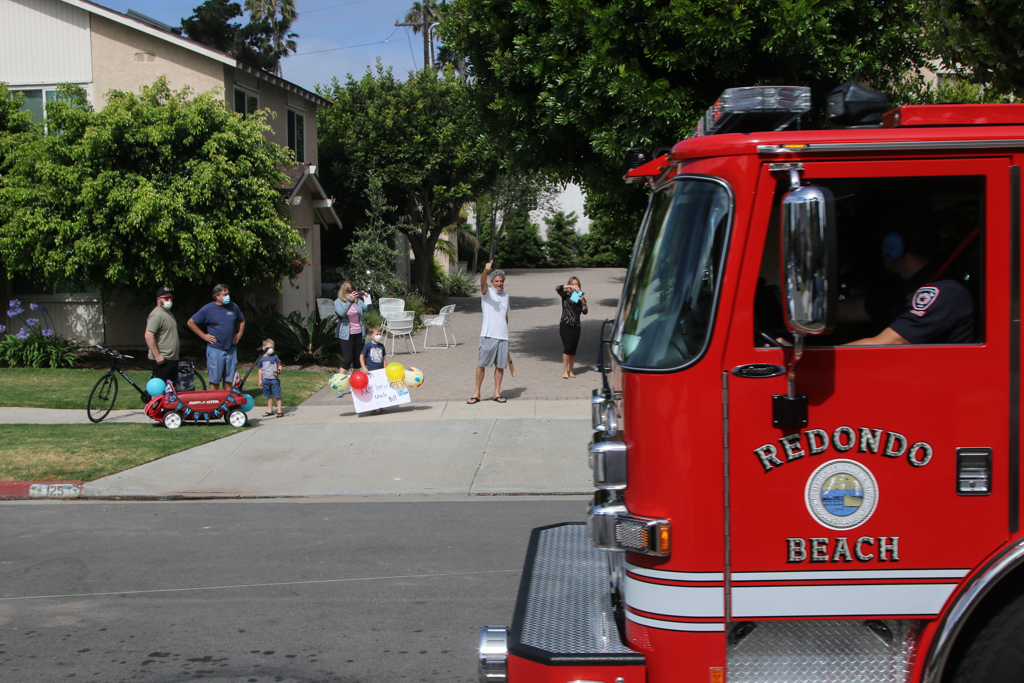 Friends and supporters of Redondo Beach Mayor Bill Brand celebrated his one-year survival with Stage 4 cancer with a drive-by past his home Saturday morning.  The drive-by caught Brand by surprise. When he stepped outside his home on South Broadway Avenue in south Redondo, he thought he and his wife Deidre were going stand-up paddling in the harbor.

Last June Brand was on a visit to Mexico when he suffered a seizure.

“After days of tests, I have been diagnosed with lung cancer that spread to my brain and caused the seizure,” Brand wrote on his Facebook page shortly after returning home.

Since his diagnosis, Brand regularly updated the public about his condition and has continued in his duties as mayor. He credited his success in fighting the cancer to the support he has received from the community, and particularly his wife.

The drive-by also celebrated Brand’s retirement from American Airlines, where he worked for 41 years. ER