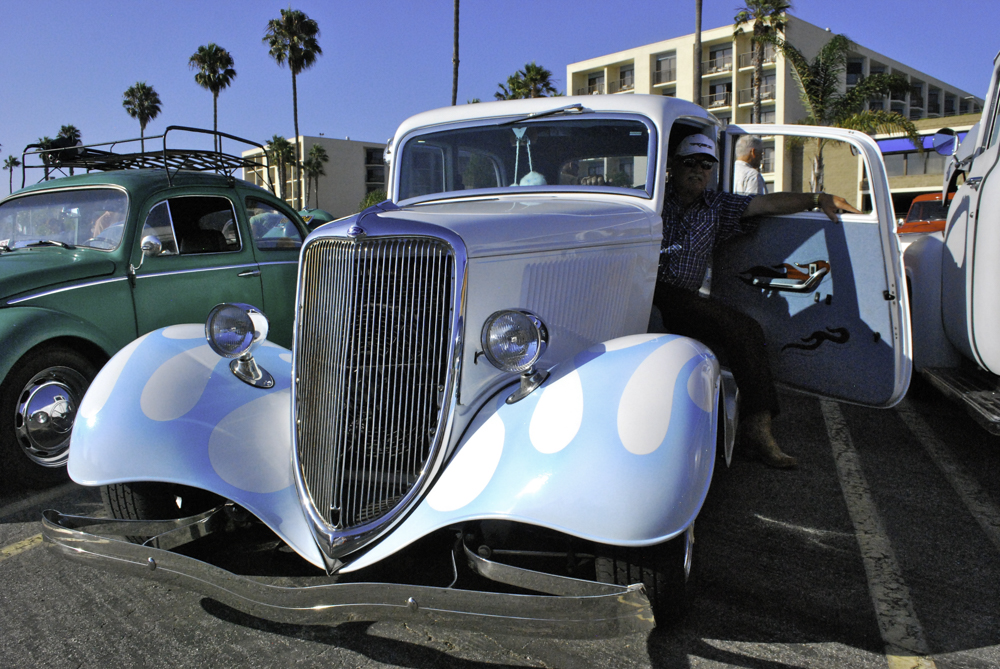 “Cruise at the Beach” organizer Larry Neville with his 1934 Ford Sedan Deluxe during a show in August 2019. Photo by Carina Glasser 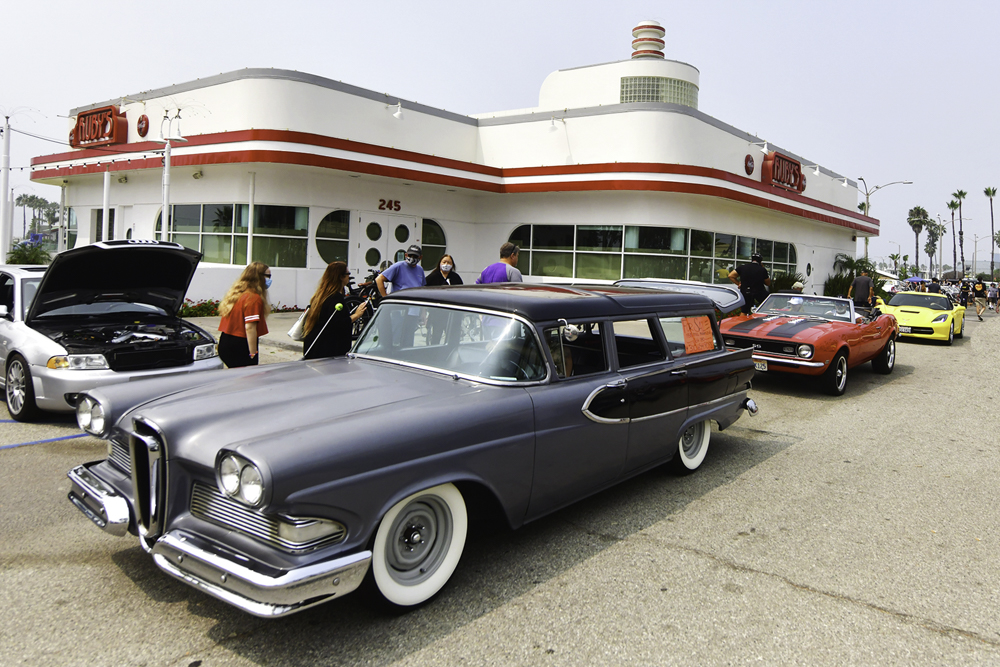 Ruby’s Diner in Redondo Beach, a mainstay on the city’s waterfront since 1990, closed permanently the day after Labor Day.

“We thank you for your years of support and the customers who have turned into family,” a sign on the restaurant’s door reads.

For 30 years, Ruby’s was a popular diner among boaters, tourists, and locals. For 20, it was a hub of community. Every Friday night between May and October, its parking lot would host “Cruise at the Beach,” a car show that typically featured 250 classic cars.

“Sorry for the BAD news…,” the show’s director Larry Neville wrote on Facebook. “If I hear anything else I will let you know….Love all you cars buffs.”

More than 80 people responded to Neville’s Facebook post, lamenting the loss of what many called a Redondo Beach icon. One wrote, “Redondo will not be the same.” People wrote that they have long made it a point to eat at Ruby’s every time they’re in town.

“Such a bummer,” former mayor Steve Aspel wrote. Some suggested a fundraising campaign to keep the diner open.

Staff were reportedly informed of the closure the day the sign on the door went up. Last week, manager Kim Harper created a GoFundMe page with a $5,000 fundraising goal for the 40 employees who suddenly found themselves out of work.

“We have had an outpouring of requests on how [people] can help the team members who were let go after the restaurant closure,” she wrote. “All money will be donated directly to the employees of the store. We thank you again for the outpouring of support and love shown.”

Local food critic Richard Foss speculates that a place like Ruby’s is so much about the dining experience that its takeout business just wasn’t enough to keep it afloat in a post-COVID world.

“They did everything you could do to develop a local audience, from car shows to a good kids’ menu,” he said. “It’s really not due to any problems with their food. The only thing I can say is if you want that kind of food and you’re already in Redondo Beach you’re probably going to Eat at Joe’s. We have that place that has even more local customer identification and local ownership than Ruby’s, which is, after all, part of a chain. I think chain restaurants will find it a little harder to maintain loyalty when people are cocooning and deliberately trying to support local business.”

Ruby’s was part of a chain of more than 30 diners across the United States. The restaurant’s first location was a converted bait shop at the end of the Balboa Pier in Newport Beach. Founders Doug Cavanaugh and Ralph Kosmides built the business around the nostalgic idea of a 1940s American diner. They scoured antique shops for knick-knacks, created a simple menu of hamburgers, hot dogs, fries, and malts, and named the place after Doug’s mother Ruby.

Kosmides said on the franchise’s website that the idea took off because it reminded people of “a simpler, happier time.” ER