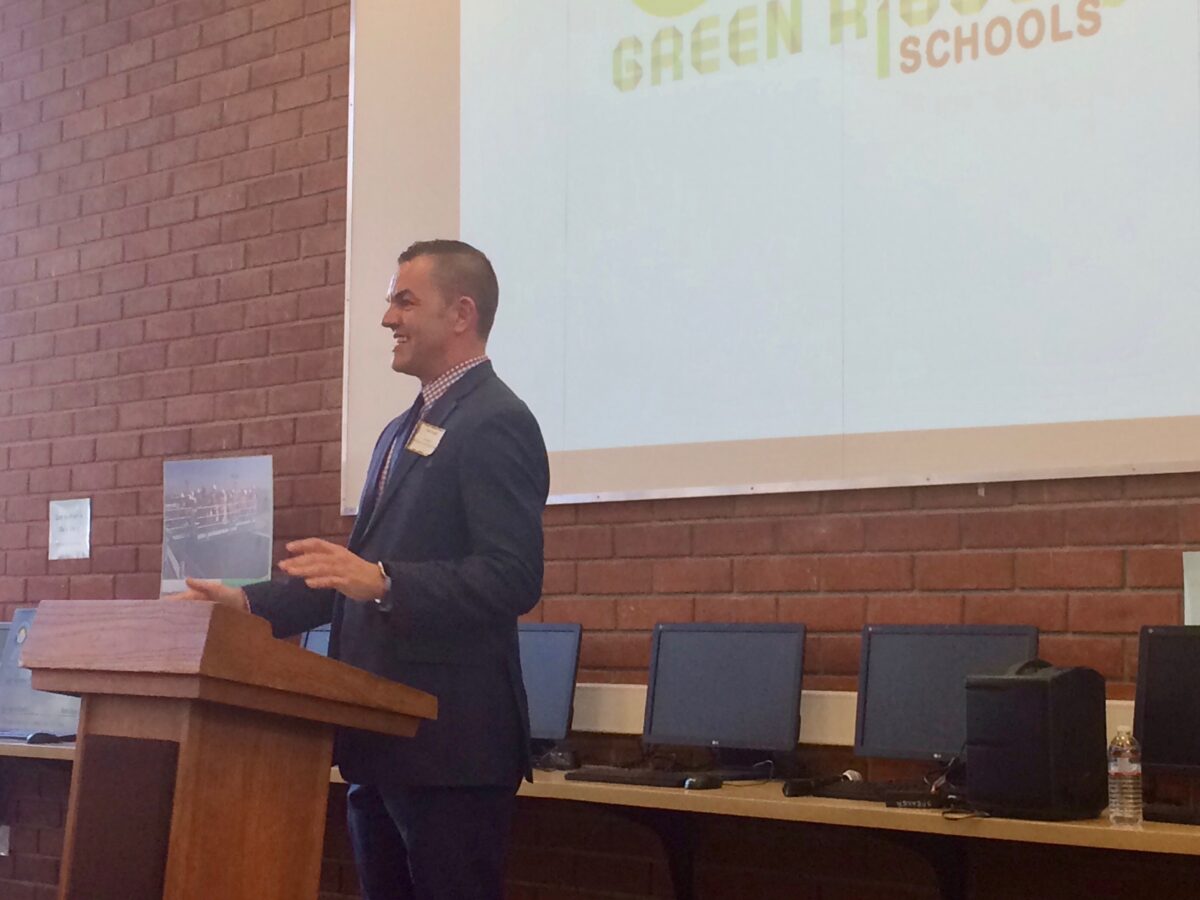 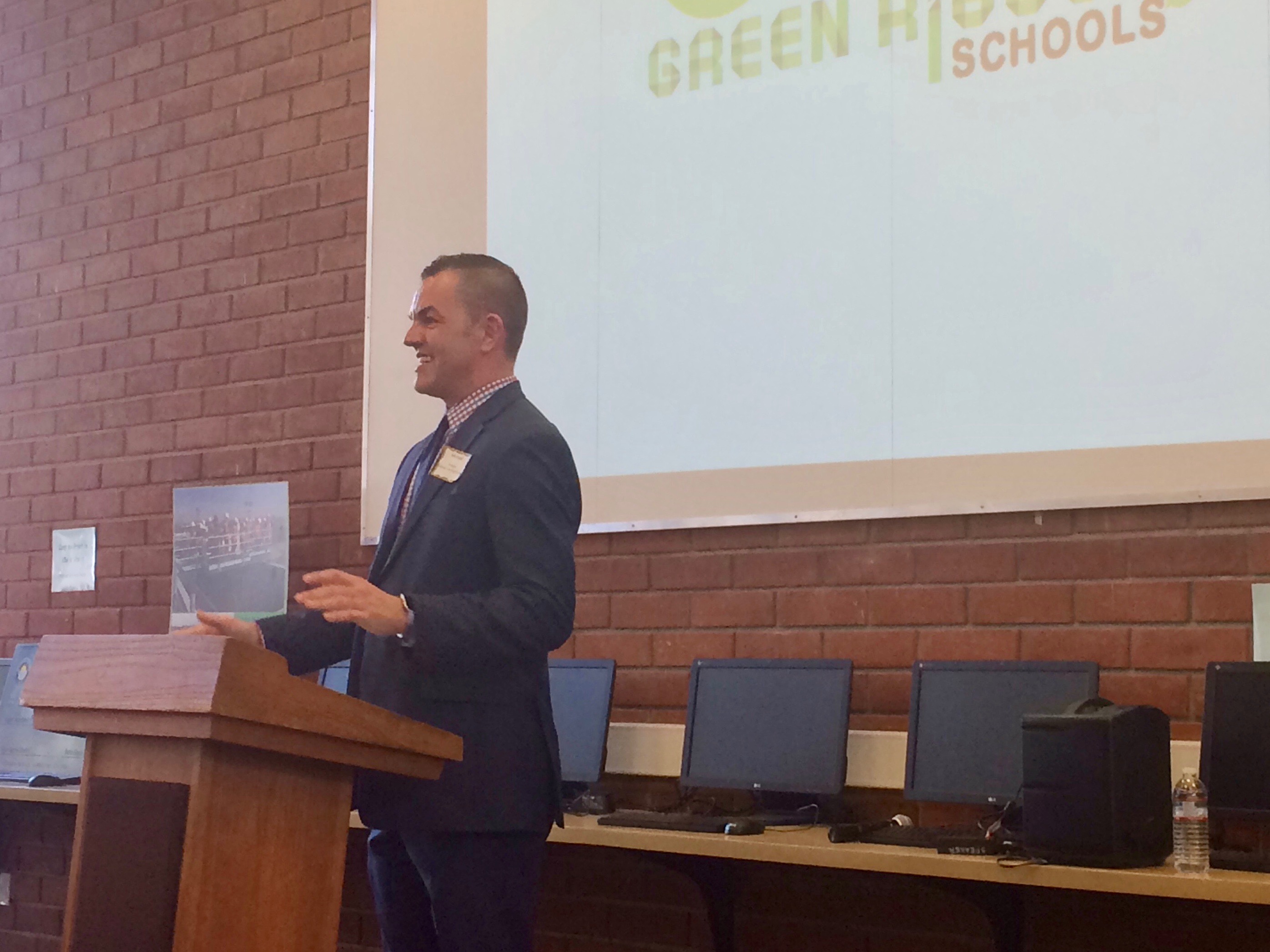 The Redondo Beach Unified School District, as well as six of its schools, were honored at Redondo Union High School by the California State Superintendent of Public Education on Friday during a ceremony recognizing schools and districts from across the state teaching “green” ideals.

State Superintendent Tom Torlakson was on hand at the California Green Ribbon Schools Award Program, which honors schools that conserve resources while promoting health and environmental literacy. A longtime teacher in his own right, Torlakson professed to have witnessed environmental attitudes change firsthand.

“Back in 1972, when I started teaching, we created Earth Day…there was a call to action for everyone to pitch in in their own ways,” Torlakson told the teachers and administrators in attendance. “In the last decades, students have learned about saving the environment; now here you all are, digging deeper and being creative.”

For RBUSD Superintendent Steven Keller, however, the event wasn’t a special occasion.

“No offense, it’s a huge deal, but this is what we do,” Keller said, joking that green is a “funny color” in Redondo, given its Mira Costa rivals. “We just bake it into our programs. We don’t try to market it or sell it…it’s just the way Redondo Beach is.”

For its work, Redondo Beach Unified was nominated as one of three school districts and two schools to compete nationally in the U.S. Department of Education Green Ribbon Schools program. Culver City Unified and Montecito Union school districts, as well as Yosemite High School and The Thacher School were also nominated. Six RBUSD schools were also honored for their adherence to Green Ribbon Schools principles.

“It’s a pat on the back for doing something that we’re doing because it’s right…we [installed] solar panels and technology years ago when we passed Measure Q,” said RBUSD Board of Education President Anita Avrick. Measure Q was a ballot measure, passed in 2012, that authorized $63 million to go toward technology infrastructure improvements throughout the district. “This just happens to be icing on the cake for us to be recognized.”

“But even if these awards didn’t exist, we would’ve done the same things,” said fellow board member Brad Waller.

RUHS Principal Jens Brandt was honored to have Torlakson as well as representatives from districts around the state on his campus.

“I’m just proud of our district and our community for that idea that we’re having an impact on our earth individually and as a community here,” Brandt said. “There are very few schools that have an ocean view such as ours…for our students, having this type of environment to grow up in, it’s not just healthy, but it’s also a constant reminder of how important it is to take care of the local ecology.” ER