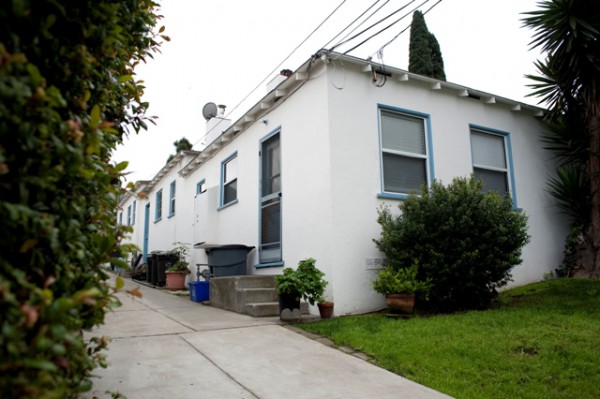 The house in El Segundo where former Torrance police officer Jeff Grau walked into a special investigations stakeout, allegedly as a customer. Photo by Chelsea Sektnan 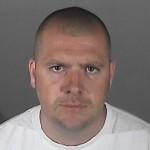 A former Redondo Beach police officer last week was charged with tipping off a Torrance police officer who’d arrived to meet a suspected drug dealer at an El Segundo home, allegedly as a customer, in the midst of multi-agency task force stakeout.

Christopher Sabosky, 33, was arraigned at Superior Court on Jan. 30 and pleaded not guilty to felony counts of conspiracy to commit a crime and revealing warrant information before a warrant was served. He was fired by the Redondo Beach Police Department on Jan. 24 after a 10-year career in which he had earned special recognition for valor after surviving a gunfight with a methamphetamine user in 2004. He also once jumped off the Redondo pier in an effort to save a drowning woman who subsequently died at a hospital.

The stakeout was on Dec. 16, 2010. RBPD Chief Joe Leonardi said the department conducted a nearly year-long administrative review of Sabosky in which he was assigned to station duties. The chief confirmed that the officer “is no longer employed by the City of Redondo Beach.”

“We hold ourselves to the highest ethical standards of the police service in the Redondo Beach Police Department,” Leonardi said. “This was an isolated incident.”

The Torrance officer has also left his police force. Former officer Jeff Grau, 32, was reportedly allowed to resign last October. He does not face any charges.

El Segundo Police Department Capt. Brian Evanski said the details of the investigation could not be disclosed.

“I want that to be tried in the trial,” Evanski said. “I can tell you this – it was in the town of El Segundo, and we did have officers in the area.”

Sources familiar with the investigation, speaking on the condition of anonymity, said that the incident has sparked an investigation of steroid and painkiller use and distribution within the Torrance Police Department. In exchange for a grant of immunity, Grau has reportedly named other officers involved with illegal drug use in the department. According to the sources, Grau — who played football at UCLA and two seasons in the NFL – admitted to painkiller addiction and offered to cooperate with an investigation into both the TPD and another area department.

“It’s no secret, a lot of guys in that department are on the sauce,” said one person with knowledge of the investigation. “It’s like standard issue – steroids and a uniform shirt that is too small for your biceps.”

An attorney for Sabosky argued that his client has been unfairly dismissed and “presumed guilty before being found innocent” by the court process. Attorney Bill Seki said the termination is part of trend in police departments to fire employees before they’ve had their day in court.

“If you are accused of something, if you are a suspect – normally a suspect gets a fair trial,” Seki said. “Here, you don’t get a fair shake. I think now, more than before, managers such as chiefs are not guided by their own decisions anymore – they are guided by a risk manager.”

Seki expressed confidence that Sabosky would be exonerated in court.

“There is another side of this story,” Seki said. “You will find – based upon his experience, his history as an officer with Redondo Beach, and his character – that these allegations are not true. There is no way he would ever compromise his employment as a police officer and no way he would ever put his task force brothers at risk of harm. It’s like family to him. That is part of the story not being told, and part of the equation that will ultimately vindicate him.”

A task force comprised of officers from the special investigation units of the Redondo Beach, Hermosa Beach, and El Segundo police departments had already achieved success on Dec. 16, 2010, when a GMC Yukon pulled up to the residence they were surveilling in the 600 block of Sheldon Street in El Segundo.

A man had earlier been detained after leaving the residence and found in possession of narcotics – methamphetamines – and drug paraphernalia.

“We did make an arrest of someone who had left that location earlier,” Evanski said.

Sandor Palfi, 46,was arrested for possession a controlled substance for sale and possession of a methamphetamine pipe.

The task force had obtained a search warrant and could have raided the house at any time. The residence was believed to be an “intermediate” house where deals were conducted.

Officers saw the Yukon pull up at about 1:30 p.m., around the same time another vehicle belonging to a man police had identified as a suspected dealer arrived at the residence. The officers checked the plates and found that the Yukon was registered to Jeff Grau. But the man who left the vehicle didn’t match his description, according to one source familiar with the investigation. Sabosky, a good friend of Grau’s, was then reportedly asked to confirm his whereabouts.

“Grau is a big guy, and this guy isn’t matching that description – he’s substantially shorter and thinner,” the source said. “So the guys said, ‘This is not Jeff.’ They asked Sabosky to find out where he’s at.”

According to this version of events, Sabosky then texted Grau and asked him where he was at that moment. Grau texted back immediately, “I’m at home, sick as a dog.” And Sabosky replied, “Well, then, who is driving your car?”

Grau wasn’t at home; he was inside the house under surveillance. He knew his friend was deployed in a special investigations unit and apparently surmised, at this point, that he was in the crosshairs of an operation. He fled the house immediately, jumped in his vehicle, and drove away. According to the criminal complaint filed by the District Attorney’s office, Sabosky called Grau as he left the scene and contacted another officer “to influence him regarding Grau’s detention.”

Grau was able to leave the containment area set up by the task force, but an El Segundo patrol officer then pulled him over. Multiple sources familiar with the incident say that Grau immediately identified himself as a Torrance police officer and confessed to having a drug addiction. He was detained by El Segundo police, but was not in possession of any narcotics and was subsequently released.

Torrance police were notified, and launched an administrative investigation. Grau cooperated, reportedly naming at least two officers in his own department and one in another area agency who were allegedly involved in illegal drug use and possibly distribution.

“He copped out to all kinds of stuff,” said a person familiar with aftermath of the investigation. “It’s a legal mess and an ethical problem, but that guy is going to walk because he is getting immunity. He was allowed to resign because he rolled over on all sorts of people.”

Due to legal restrictions contained within the California Police Officer’s Bill of Rights, the Torrance police department was not able to confirm or deny what, if any, discipline Grau received, or the terms of his departure.

Sources indicated, meanwhile, that Torrance applied pressure to have Sabosky fired. Neither Leonardi or City Manager Bill Workman could comment, beyond confirming that Sabosky was no longer an employee. One police source indicated that regardless of criminal allegations, Redondo Beach may have determined Sabosky had become a “Brady issue” officer. An officer who lies or otherwise violates department policy – even if his actions are not deemed criminal –may no longer be able to effectively testify in cases he or she is involved with due to a legal precedent known as Brady vs. Maryland that allows defense attorneys access to a testifying officer’s personnel file.

“Chris Sabosky is a good cop and good person,” the person said. “Leonardi is sick about it, but he has no choice.”

El Segundo’s Capt. Evanski, while not able to comment on the specifics of criminal investigation his department conducted, said that he believes strongly that Sabosky’s actions risked the lives of other officers.

“Absolutely,” Evanski said. “The crime section [cited] is that it was notification made prior to service of a search warrant by a police officer. Notifying people within the location a warrant is going to be served we thought obviously endangers the situation of officers going in.”

Seki said the criminal allegations are based largely on “hearsay.” He believes the RBPD will eventually regret their decision to let Sabosky go.

“Absolutely, because what is going to happen ultimately, when he is exonerated, they are going to look back and say, ‘Wait, did we do the right thing?’ And the answer is going to be, ‘No, we didn’t.’”

Sabosky has a brother who serves as a Manhattan Beach police officer and an uncle in the RBPD. His father, Rick Sabosky, was a longtime teacher and basketball coach in El Segundo. He said that the entire family is distraught over what has happened.

“Chris loves his job, loves being a policeman – ever since he was little, that’s all he wanted to be a part of,” Rick Sabosky said. “There are some broken hearts around here.”