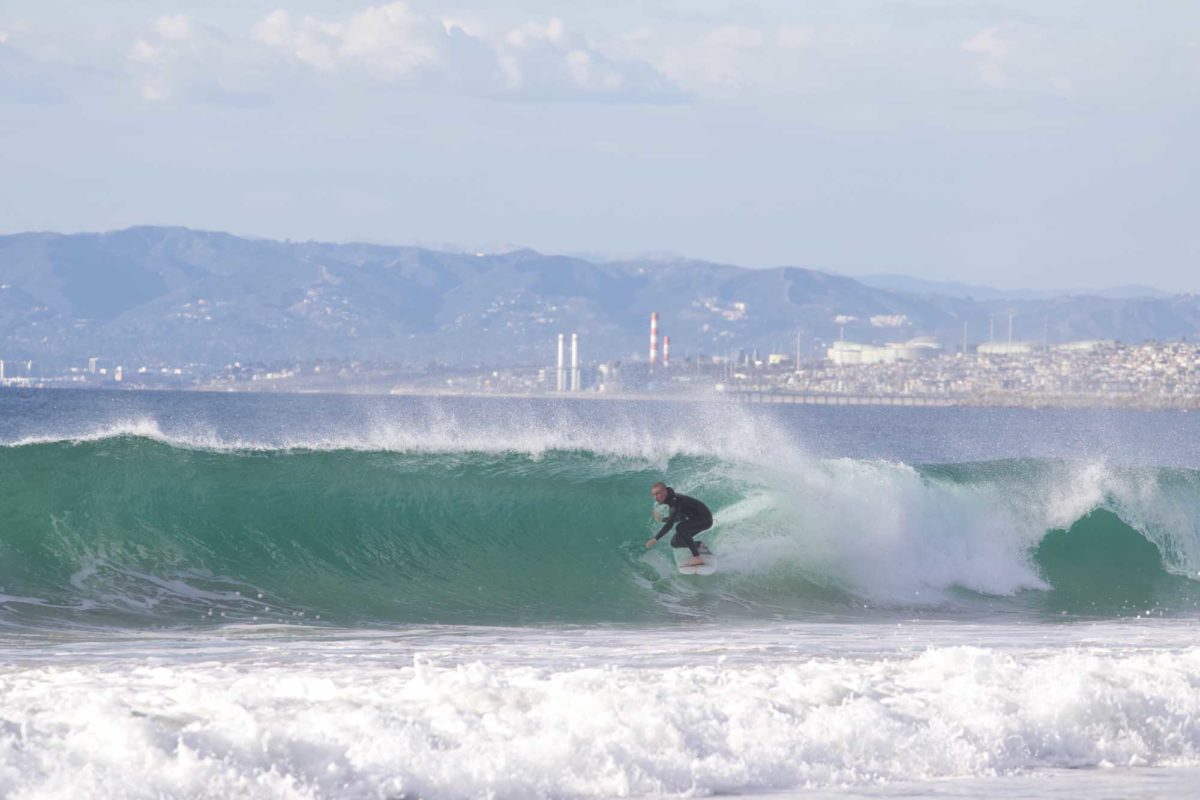 Ryan Hughes started boogie boarding before he could walk, then skim boarded and at 11 got his first surfboard. The fair-haired, freckle-faced, 5-foot-11-inch Redondo High senior learned to surf from his father Daren on an 8-foot-4 Becker at Torrance Beach.

“The board was really old. I think it was made in the ‘80s. But it still works in mushy waves,” Hughes said. Soon he was surfing every day at Torrance Beach, Sapphire, the Cove, and San Onofre.

Hughes is part of an up and coming group of aggressive surfers who also include Dominick Giefing, Luke Humphrey, Daniel Crawford, and Ben Oien. They are right behind Hudson Richie and Parker Browning, putting on a surfing circus with big airs and deep tube rides. 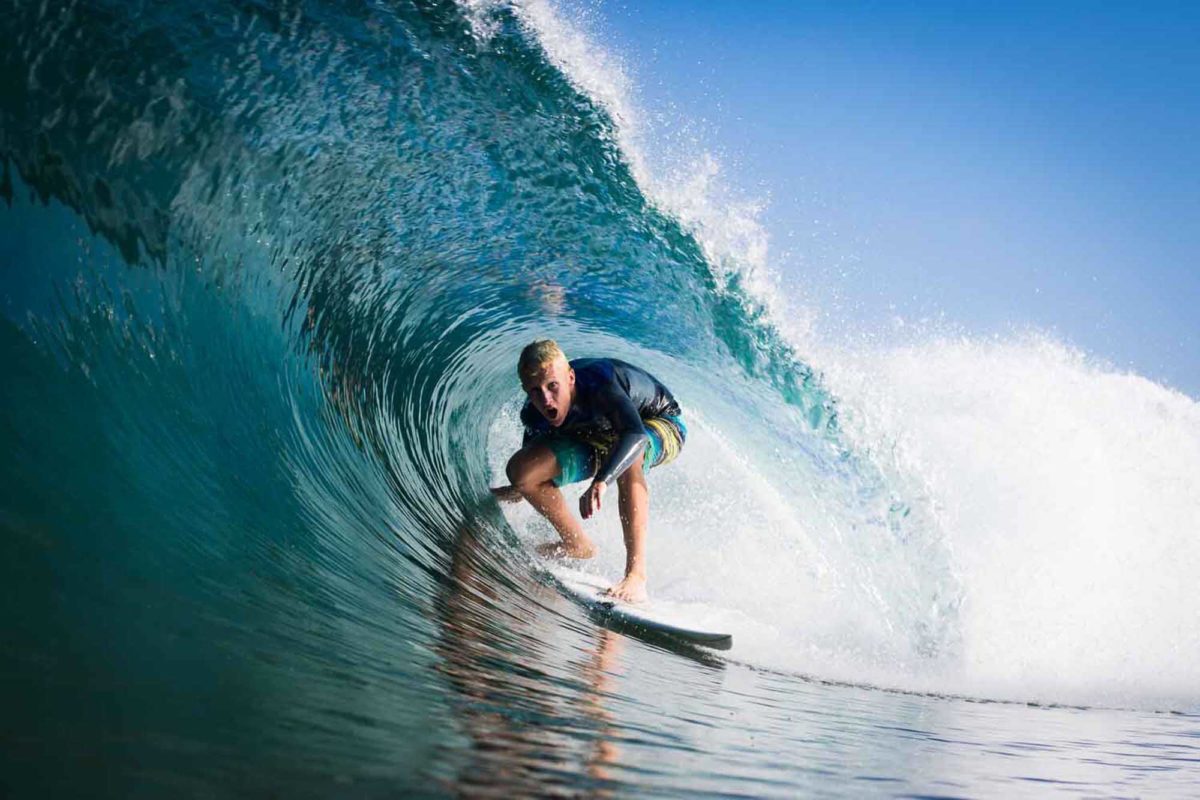 Despite being a local boy he loves 56th Street in Newport Beach on a big South Swell. He’s also gotten good waves in Tahiti and Sayulita, Mexico. His family goes to Maui every summer where he surfs the local breaks around Lahaina.

“I was surfing this secret shallow reef break called Iron Wood with just a few locals on this 8-foot day. I dropped in late and got dragged across the reef on my back. I kept surfing for an hour before a local surfer asked if I liked sharks. I was feeling really light headed, paddling to shore where my mom was shooting photos. She started screaming and rushed me off to the ER where I got 30 stitches.”

Hughes hopes to like Hudson Richie, Will Allen, CJ Nelson, and Alex Knost. He thinks Dane Reynolds is the best short boarder.

Ryan loves deep barrels and says “The bigger the better. If I am riding my longboard I enjoy camping out on the nose.”