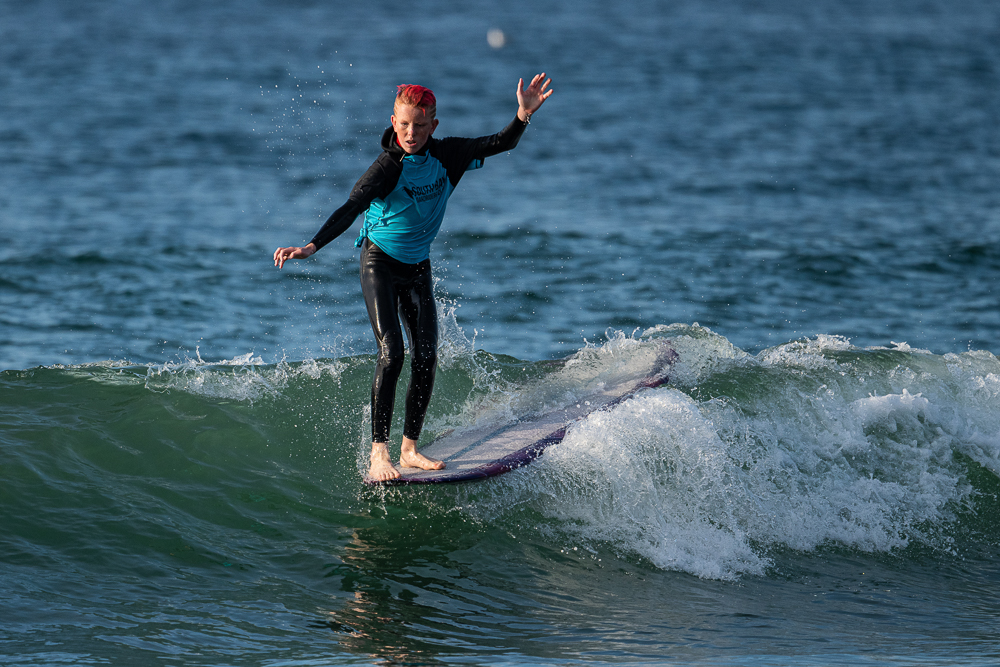 But never in the contests’ 10-year history, has a new, young competitor beaten older veterans as convincingly as 7th grade, Parras Middler Schooler Cormac Cove O’Brien did in the Open Longboard division of the SBBC Dive N’ Surf contest at Torrance Beach, on Saturday.

The skinny 12-year-old’s middle name is a reference to Bluff Cove, where his dad Shawn O’Brien, a top tier longboarder, taught his son to surf. 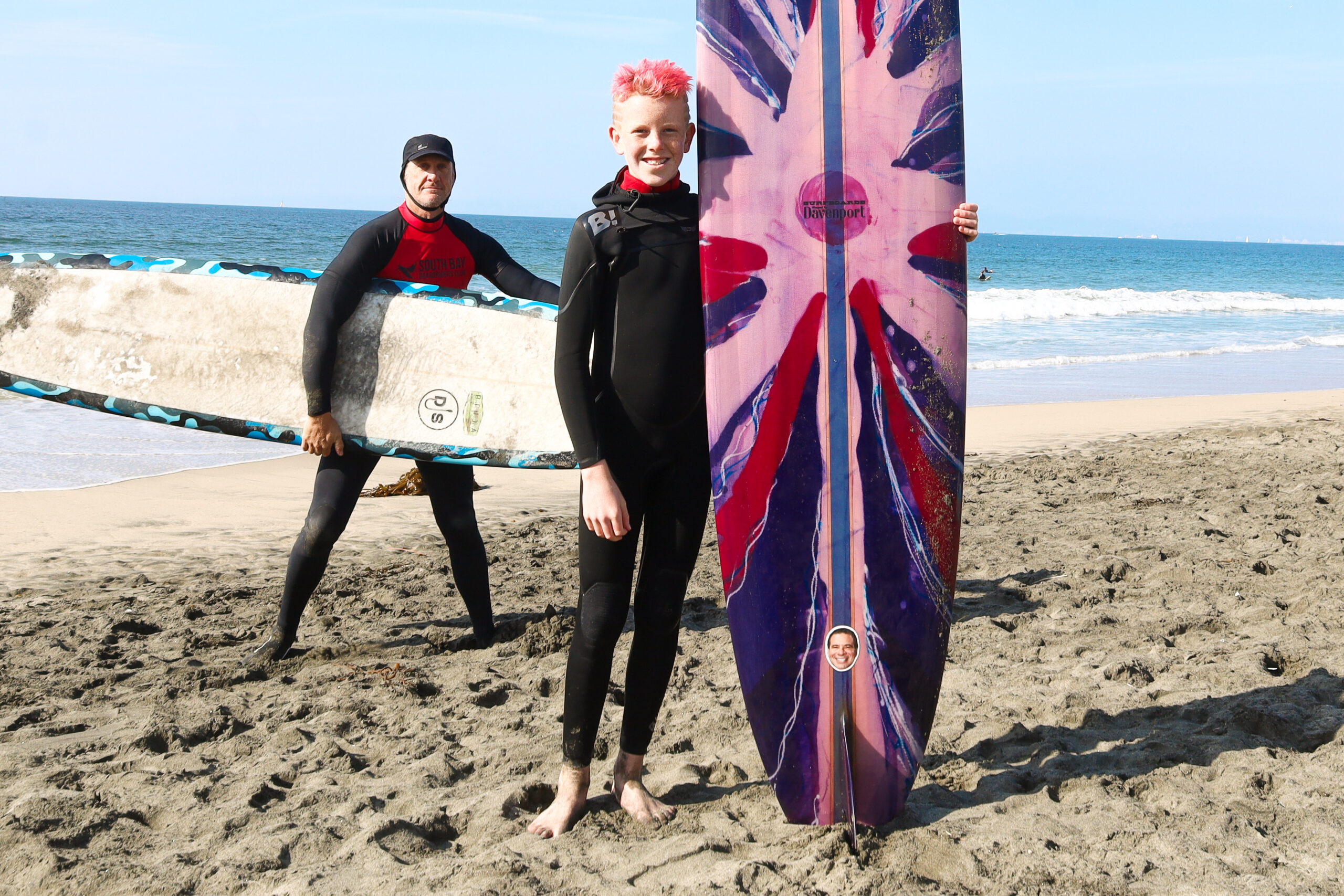 His longboard roots were evident when he showed up lugging a 9-foot-1, volan-glassed, Davenport-shaped single fin that weighed almost as much as he did. Commanding even more attention was his pink hair, which complimented the tie dye design on his board. Comparisons to Chris “Birdman” Andersen, minus the tattoos, came to mind. Happily, the comparison extended to his competitiveness, as well. (“Birdman” helped LeBron James’s Miami Heat win the NBA Championship in 2013.)

Then, in the semifinals, and again in the finals, O’Brien beat three of the South Bay’s most dominant longboarders, “Big Dave” Schaeffer, Andrew Neal, and Jordan Weintraub.

The small, soft surf favored O’Brien’s Old School, nose riding over Schaeffer’s and Weintraub’s aggressive, progessive style. But no one on the beach disagreed with the judging.

After winning the Open Longboard division, O’Brien’s victory in the 12 and under Grom division was anticlimactic, despite the fact he faced the two Mezza sisters and Josie Kushner, and that he was surfing fish a shorter than he is, shaped by Dan Cobley.

O’Brien left the beach not only with two first place swag bags, but also an order for a custom surfboard from Dive N’ Surf for being named “Most Core Surfer” by celebrity pro surfer Ben Gravy.