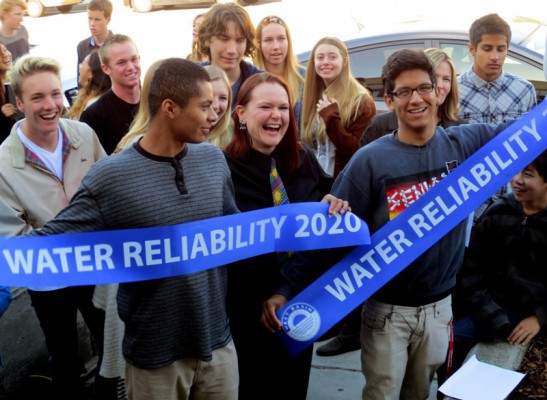 During recent rains, Redondo Union High School AP Environmental Science teacher Mary Simun and her students paid eager attention to a particular patch of soil on Diamond Street, hoping and praying it would retain the rainwater that for years has been flowing into the sewer and ultimately the ocean.

To their delight, it did. AP science and special needs students are enormously proud of the ocean-friendly garden they’ve helped to create and nurture with assistance from West Basin Municipal Water District and the Surfrider Foundation, and with funding from Metropolitan Water District, the Department of Water Resources, and California Water Service Company.

At a ribbon-cutting ceremony last Thursday, they celebrated what Simun called a “learning lab,” a garden with permeable soil and low-flow irrigation systems. Outfitted with sheet mulch, drip irrigation (as opposed to spray irrigation), and drought-tolerant native plants, the garden does not discharge rainwater – which flows from a nearby roof – as runoff but absorbs it.

West Basin Board President Carol Kwan said the garden has reduced its dependency on water by 80 percent.

“We treat water as a liability; we want to get it off the property as quick as possible,” he said. The ocean-friendly garden contains downspouts into the landscapes in order that “the water stays here,” he explained.

Herzog added that moving and cleaning water is the number one use of electricity, so reducing water usage translates directly into reducing energy usage.

Simon said the garden is “changing views…of what yards should look like,” and called it an “authentic” learning experience for her students. ER 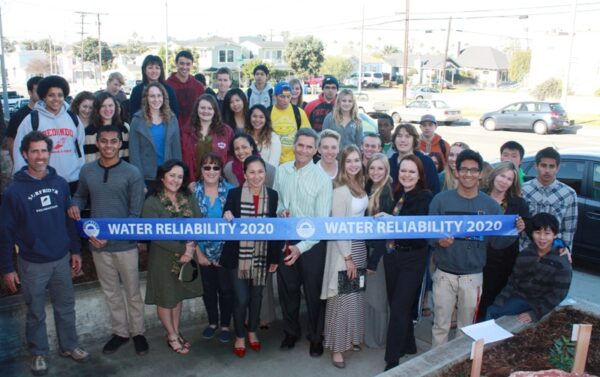