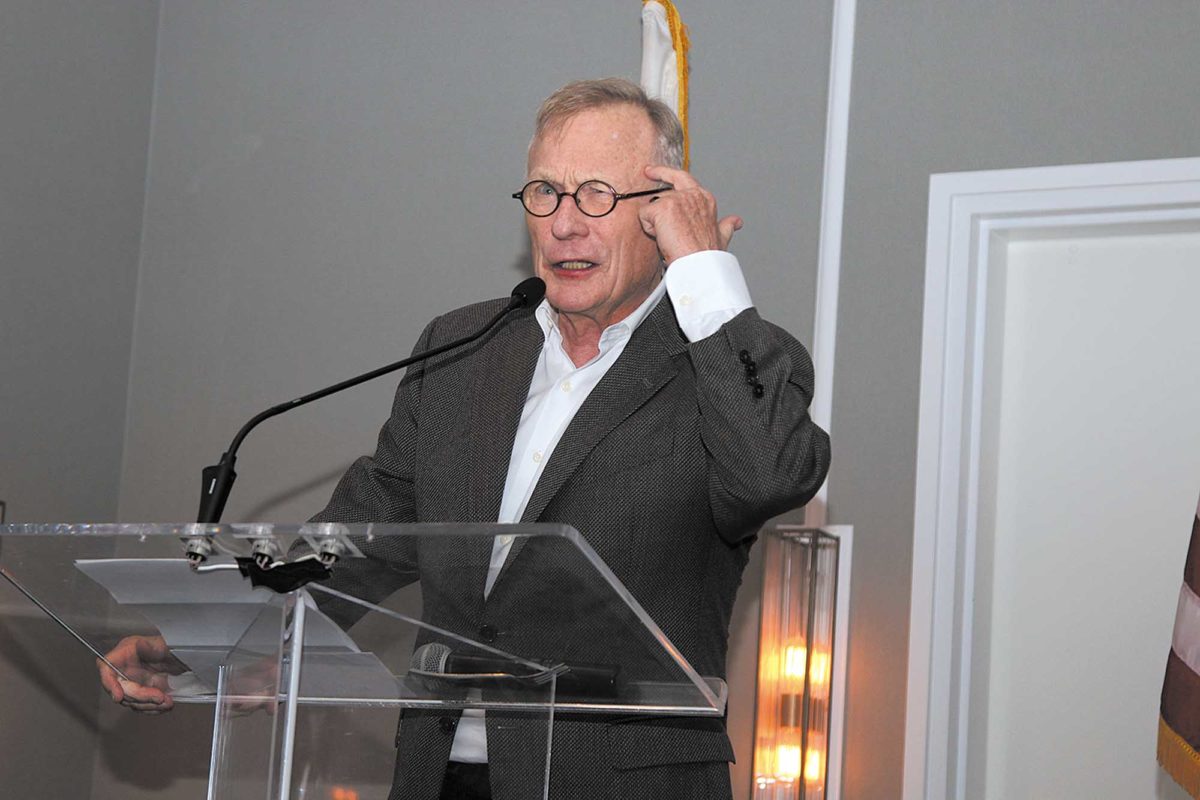 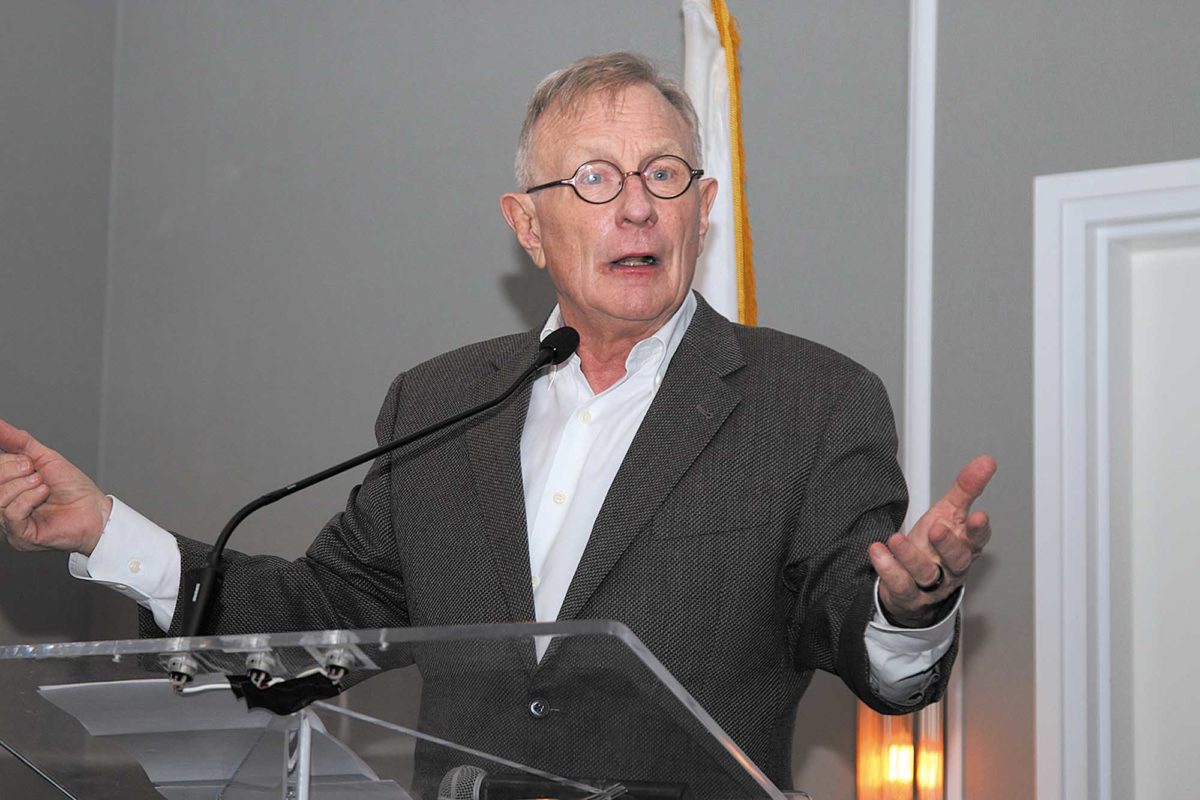 Midway through Shawn Steel’s dark depiction of California politics, an impatient sounding listener shouted out from a table near the front of the Manhattan Country Club dining room, “How do we get the state back from the Democrats?”

The question reflected the fact that Democrats hold all six statewide offices, a supermajority (61 of 80 seats) in the State Assembly and 29 of 40 State Senate seats. Democrats also hold 46 of the state’s 53 Congressional seats.

Steel is a member of the California and National Republican committees. He was the keynote speaker at the annual South Bay Republican Party Awards Dinner at the country club last Saturday.

Steel’s response to the question shouted out to him was blunt.

“We have a chance to win five California Congressional seats in 2020. My guess is we’ll win two. Four million Californians have fled the state since 1995. Two-thirds of them were Republicans,” he said. 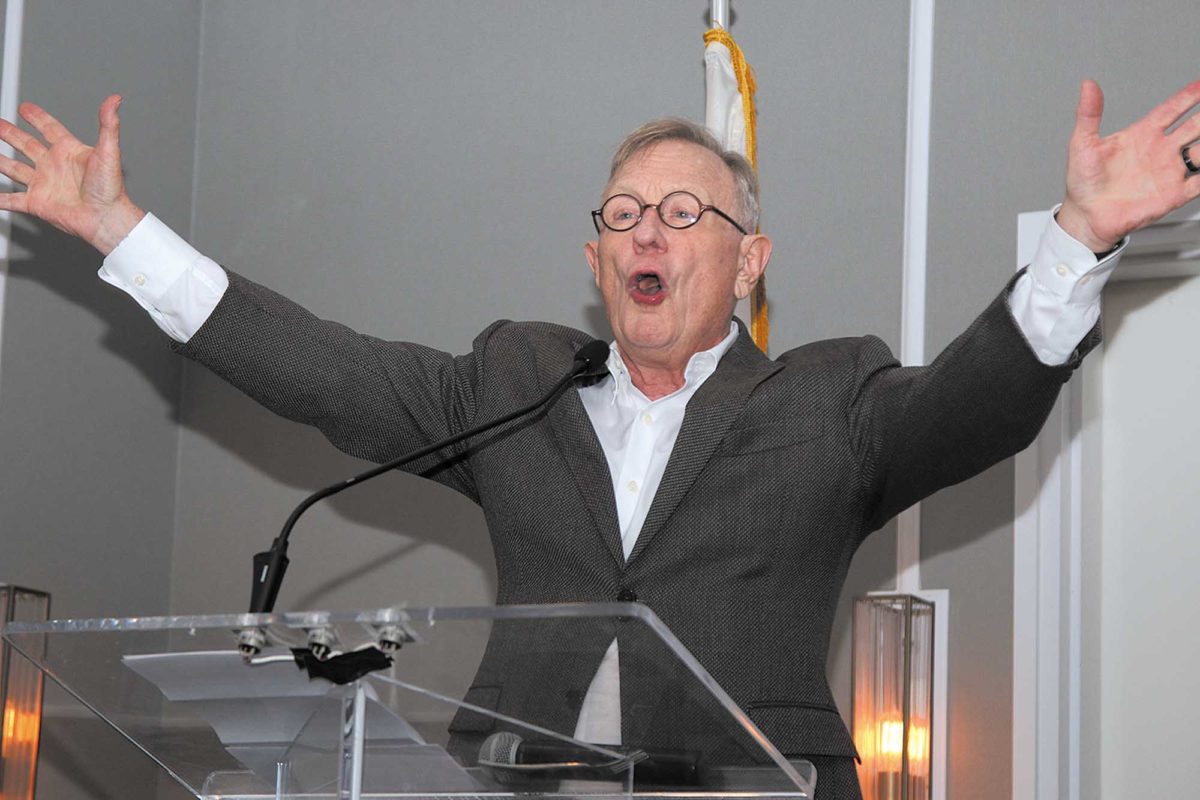 California, under Democratic leadership, is not only dark, but getting darker, he suggested.

“We have rolling blackouts, like you’d get in Venezuela, or a war zone. We have burdensome taxes. Children can’t afford to buy the homes they were raised in. ‘Smash and grab’ criminals know if they steal less than $950 they’re issued a get out of jail ticket.”

“Homelessness is spreading like a cancer. We don’t have a homeless problem,” he said. “We have a transient problem. The state spends over $1 million [per year] on each transient and is considering giving them Uber vouchers. I’d put them on the beach and give them a valet. A valet at $80,000 a year would be cheaper,” he said, eliciting an uncomfortable chuckle from his beach city audience.

“One day, California will run out of money and there will be rioting by state employees,” he said.

Then circling back to how Republicans can “take back the state,” he observed, “I’m looking forward to those days.”

Steel defended his contrarian position by inviting a comparison of today’s California to 1910 when populist Republican Hiram Johnson was elected governor. The public, in the early 1900s, had become so angry with the legislature that they supported Johnson’s legislation to circumvent the legislature through initiatives, referendums and recalls. During Steel’s introduction Saturday evening by former State Assemblyman David Hadley, Hadley noted that Steel was the organizer and first signatory to the recall initiative against Gray Davis, which led to the election of Republican Governor Arnold Schwatzzneger in 2002.

Steel attributed the California Republicans’ dismal showing in the 2018 Congressional elections in 2018 to being out maneuvered and outspent. The Party lost seven seats to Democrats, including all four seats in Orange County, where Steel lives.

“I like Rohrabacher,” he said, referring to three-term Orange County Republican Dana Rohrabacher, who lost his seat in 2018 to Democrat Harley Rouda. “But pot and Putin were a bad combination. Dana should have kept them in the closet,” Steel said. During the 2018 election, Rohrabacher wore a baseball cap that read “Make Cannabis Great Again” and was dubbed Putin’s favorite Congressman. Rohrabacher once arm wrestled Putin and lost.

“In the 2020 Congressional elections, 15 Republicans are resigning.That’s a good thing. Because 12 are in safe districts and most of our candidates in those districts are women.”

Steel, during his comments about Trump, pointed out that nationally, 40 percent of voters are middle income whites.

“Trump speaks to them in a way that hurts my ears,” he said. Later he said of Trump, “I can’t keep my eyes off of him. I don’t know what he’ll say next.”

Steel was a supporter of Texas Senator Ted Cruz in the early days of the 2016 presidential campaign but told his listeners, it’s important to reelect Trump.

The impeachment effort, rather than hurt Trump’s reelection chances, will help, Steel argued.

“Democrats think an impeachment will drive up the president’s negative numbers. But voters are tired of the political games. After Clinton was impeached his approval numbers went up. Democrats don’t understand that,” he said.

After glancing at his cell phone, and reporting that USC was down 13 to 23 against Notre Dame, Steel invoked a football metaphor

“We can’t go up the middle. We need to know where to push.”. 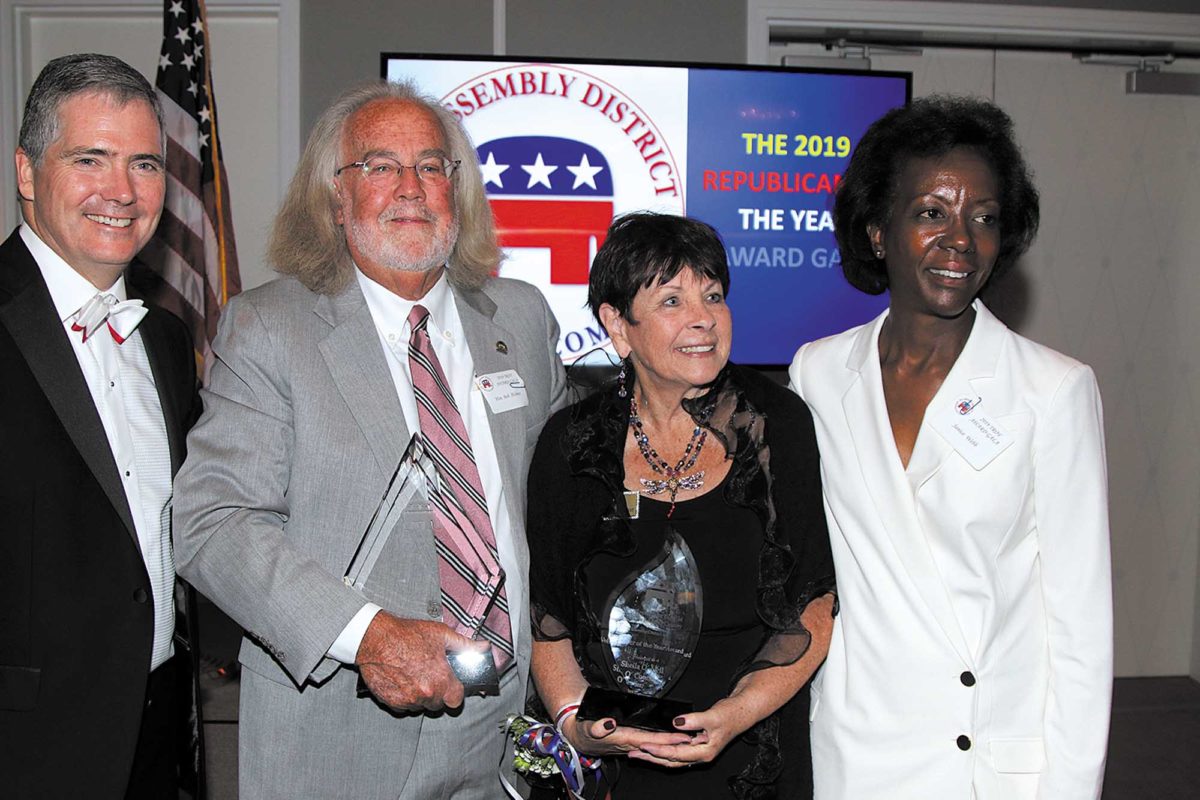 Steel said his efforts during the 2020 election will be focused on reclaiming Rohrabacher’s Congressional seat. The Republican candidate for the seat is his Korean-born wife Michelle Eunjoo Park Steel, an Orange County Supervisor. Steel did not mention illegal immigration during his talk, but spoke favorably of the fact that 15 percent of the residents in the district his wife is seeking to represent are Vietnamese.

Steel left his guests with a reason to feel upbeat about at least one branch of government. Under Trump, two Supreme Court Justices and 43 Appellate Court judges have been appointed.

“Those judges will be in the political bloodstream for 25 years,” he said. ER