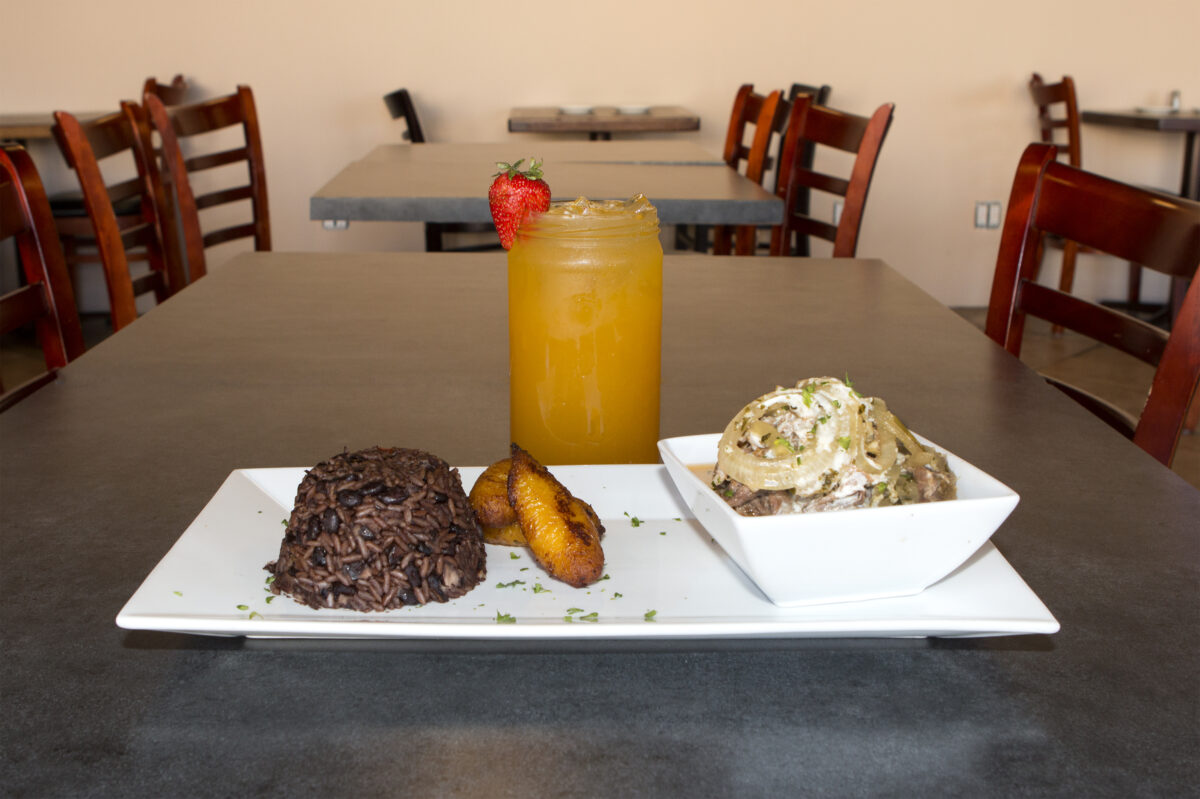 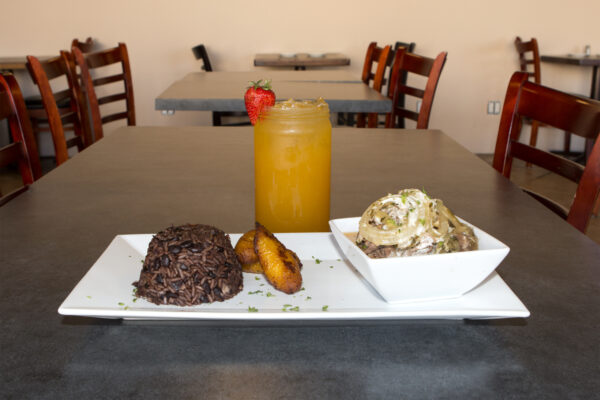 Cuban food isn’t a fancy or complex cuisine, and it never has been – the royal governors who ruled the place lived like the Spaniards they were, and usually disdained local ingredients. It was left to the peasants and the tiny merchant class to develop national dishes, and the result is hearty, flavorful, and unpretentious. It’s a cuisine in which pork, beef, and fish are combined in various ways with rice, beans, onions, bell peppers, and herbs, along with savory but rarely hot spices.

The South Bay recently lost its oldest Cuban restaurant when the Manhattan Beach outpost of Versailles closed, and people who cherished their garlic chicken or the shredded beef dish called ropa vieja are searching for a new place. They might do well to investigate Habana Vieja, a restaurant that opened about six months ago in a strip mall in Torrance. They might have trouble finding it, since the restaurant is invisible from the street, but it’s worth the search. The handsome little dining room is colorfully decorated, and rhumba, salsa, Afro-Cuban jazz, and other lively music add to the atmosphere. A friendly server named Yaneli brought toasted bread and a Cuban-style bean dip while we perused the menu, which includes some upscale dishes like salmon with scallops in wine sauce.

On my first visit I tried starters of a seafood soup and ham croquettes, and of the two I greatly preferred the soup. The ham croquettes weren’t bad, but they were something anybody could do at home – take some mashed potatoes, add finely chopped ham, and fry them. They arrived stacked like cordwood with a drizzle of sauces and some nice cabbage salad, but were unexceptional. The soup was more interesting; a rich vegetable stock with chunks of carrot, onion, and celery that also had fish and mussels. It was the type of stock I’d associate with a beef stew, but with seafood and a dash of cilantro, and it would have been a fine filling meal by itself. Having seen the size of entrees going by we knew a lot of food was on the way, but we kept eating this until the bowl was dry.

On that first visit we selected main courses of pork adobo and Arroz con Pollo – and the name chicken with rice doesn’t hint at what a good dish this is. It’s similar to a Spanish paella with saffron rice cooked in a stock with beer – the alcohol from the beer cooks out and leaves a delicate malty sweetness. There are bits of vegetable in the rice that add another dimension of flavor, and though the dish takes about forty minutes to cook, it’s worth it.

The adobo was also excellent, but very different from what I had expected. I had tried Filipino adobo, which has a spicy, vinegary kick, and Peruvian adobo, which is laden with chili peppers. Cuban adobo is very different – all three variants have in common the use of vinegar in the marinade, but in Cuban adobo includes citrus is a much larger component of the flavor. The sunny flavors reminded me of Greek food – lemon, garlic, herbs, and oregano infused pork so tender that it literally fell apart under its own weight when picked up with a fork. Several sides were offered, and we picked Moros y Christianos – black beans cooked with rice, along with fried plantains.

Habana Vieja doesn’t serve alcohol, but Caribbean-style sodas and coffee are offered, as well as milkshakes made from exotic fruits like guanabana and mamey. We tried both of those and found the tart, refreshing guanabana more interesting than the bland mamey. If you prefer wine you may bring it, without corkage fees.

We liked the food at Habana Vieja so much that we came back with friends for a late dinner a few days later. The restaurant closes at 9 PM, but we had called ahead and they agreed to stay open a bit late for our large party, which was greatly appreciated. We shared from each other’s plates and I got to try more items; the garlic chicken, steak grilled with sautéed onions, beef fried with peppers and onions, and a particular favorite of mine called picadillo. Picadillo is ground beef in a sauce of raisins, potato, and green olives in a mild pepper sauce, an item that exists in one form or another all over South America. There are variants – Argentines add chopped hard boiled eggs, Mexicans lime juice and honey, but the Cuban version is probably my favorite. It’s spicy with an appealing sweet-and-sour overtone, and I highly recommend the version served here.

The garlic chicken was different from the version I’ve had at most Cuban restaurants because the sauce was milder – this item is often a lemon and garlic bomb to the point where you can’t taste anything else. Here the flavors are more restrained so that you enjoy the herbs and other seasonings, which was a welcome change. I also tried a friend’s steak, which was good but not noteworthy; it’s a good option if someone in your party wants a simple dish, but not as interesting as every other entrée I’ve had here.

The surprise of the evening for me was vaca frita – literally fried cow, and I momentarily had a vision of a platter eight feet long containing an entire heifer. The portion of shredded beef fried with onions and bell peppers wasn’t quite that large, but still substantial. I had ordered this because our server Yaneli had recommended it highly, and it was superb – the beef had been braised before frying, so that it gets a concentrated flavor and marvelous crisp texture. It is simple in concept, but the effect is fantastic.

Our bill at the end of the meal was very modest – food and beverage than less than twenty dollars per person, and everyone took some home for later. Habana Vieja is my new favorite Cuban restaurant, and I’ll be stopping in sometime to enjoy their weekend buffet brunch so I can sample even more of their inspired Caribbean cooking.