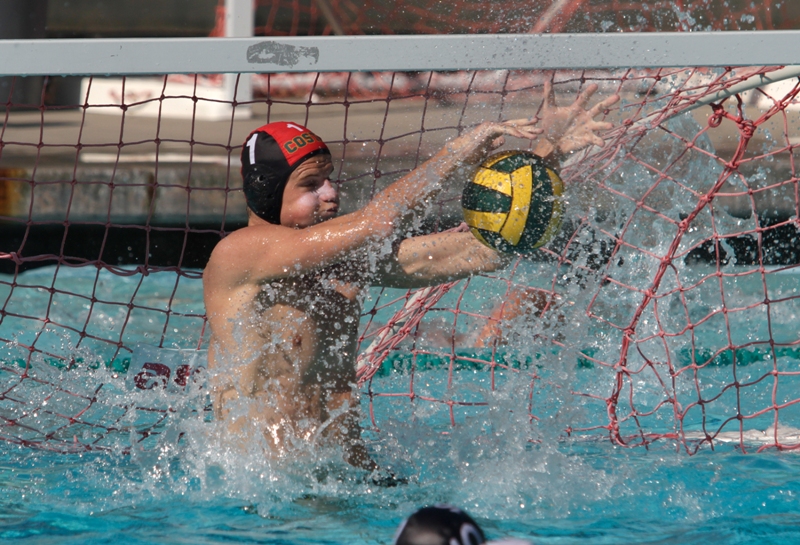 Brackets and results for all sports are available at ciss.org.

A win by Coach Jon Reichardt’s squad will pit the Mustangs against the winner between No. 5 San Marcos and No. 9 San Clemente in the quarterfinals on Saturday.

Semifinals will be played Wednesday, Nov. 19 at William Woollett Jr. Aquatic Center in Irvine. Finals are scheduled for Saturday, Nov. 22 at the same venue.

Mira Costa, which won the Division 3 championship last season, moved up to Division 2 this year.

Bay League runner-up Palos Verdes (20-7) plays at third-seeded Los Osos (15-8) on Thursday with the winner advancing to take on the Dos Pueblos-Villa Park victor on Saturday.

Peninsula (13-12) won its wild-card game against Corona 12-6 on Tuesday and will travel to take on top-seeded Foothill (21-6) on Thursday.

In Division 4, Ocean League champion El Segundo (22-5) earned the No. 3 seed and will host the Brentwood-Atascadero wild-card winner on Thursday.

Bay League runner-up Mira Costa (19-4) earned the No. 3 seed in CIF-SS Division 1 and had impressive wins in its first two matches but was upset at Santa Barbara 10-8 in the quarterfinals on Monday.

The Mustangs opened the playoffs defeating Fountain Valley 13-5 and San Marino 12-6 when Madi Giese and Mai Nojima swept in doubles and Gaal and Klein each won two singles sets in both matches.

Top-seeded Peninsula (19-0) defeated Marlborough 18-0 and Palm Desert 12-6 to advance to the quarterfinals where the Panthers eliminated No. 8 Santa Margarita 15-3 on Monday.

The Spartans scored singles sweeps by No. 1 Bianca Pugliese and No. 2 Sarah Kamine. Martina Ricabar also recorded two wins at No. 3 singles before being replaced because of a back injury.

Finals will be held at 1:30 p.m. Saturday at The Claremont Club.

West Torrance was seeded fourth after finishing second in the Pioneer League but was upset by Serrano in the second round.

“I think I have a really good chance at the title this year,” Ree said. “The past three years I wasn’t able to pass Murrieta, but since the courses are different this year, I’m confident that I can make it to state this year.”

In team competition, Mira Costa and Torrance advanced to the CIF-SS WSCGA team qualifier at Western Hills Country Club in Chino Hills but saw their seasons end there.